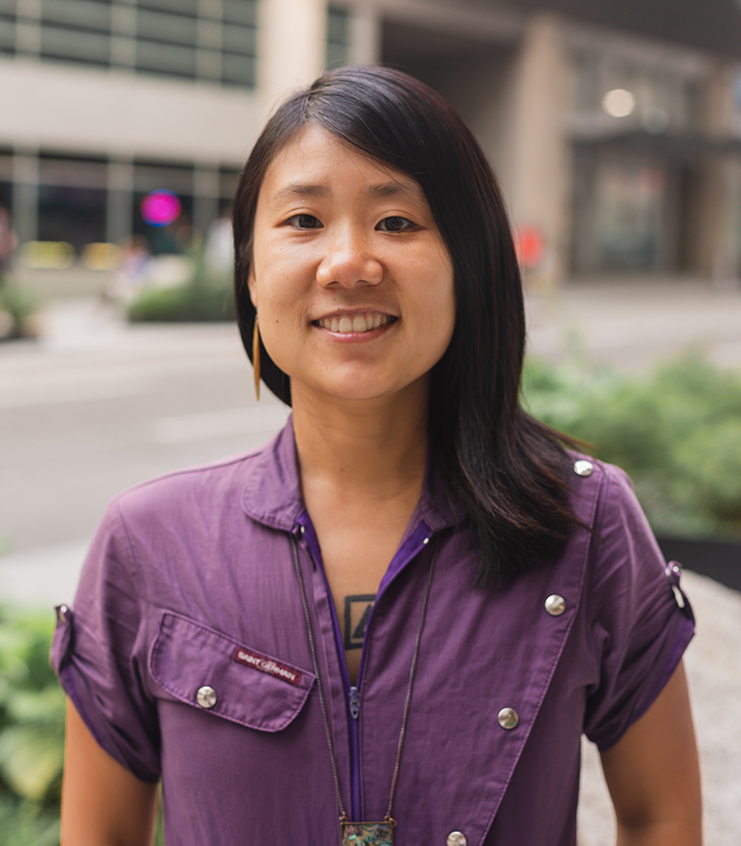 Social justice has always been important for Northwest Film Forum’s newly appointed executive director Vivian Hua. Perhaps the source comes from the fact that her grandparents had escaped to Taiwan during China’s Cultural Revolution or that her high school civics teacher opened a new way of thought when he encouraged her class to “Question everything!” Whatever the cause may be, it is her guiding principle to carrying out the Forum’s vision to “incite public dialogue and create action through collective experience.”

“Since a young age, justice, or that idea of justice, has always been a significant part of the way I operate in the world,” said Hua. “Every single job I’ve had always had some component of helping better humanity in some way. I think it’s just engrained.”

NWFF is a non-profit film and arts center located in the Capitol Hill area of Seattle. Although the organization has been around since 1996, it is surprisingly unknown to many people in the Seattle area. It encourages public discourse through the events it holds, such as film screenings and multidisciplinary performances. It also seeks to support local filmmakers by creating events for them to gather and network, and by offering educational workshops and services for filmmakers of all ages. Hua officially took over for Courtney Sheehan, who first started at the organization as an intern and later served as its executive director for five years, on Oct. 11.

“I feel very lucky to be able to pursue art,” said Hua. “Not everyone can do that. I can’t just be like, ‘Haha, I’m so happy, I’m going to hoard it all.’ I have to be able to help other people have that as well. From a personal standpoint, I don’t know what I would have done at a young age if I hadn’t found writing as an outlet for processing, so I want to be able to create that for other people.”

Over the course of her career, Hua has had an extensive arts background, largely self-taught. Growing up, she tinkered with graphic and web design because her strict parents prevented her from socializing outdoors often. Using her obsession with music as a foundation, she became a graphic and web designer and created her own website. While she was a sociology student at the University of Washington, she decided it was time to fulfill her high school dream of starting a magazine, so she founded REDEFINE, a magazine devoted to the music and the arts, which initially started as a print publication and later moved on to the web, acting as its editor in chief.

“I did that for basically 10 years, and it wasn’t until I turned 30 that I decided I needed to stop making other people’s art the focus of my life,” Hua said. “I needed to make the focus of my life my own artistic passion. It was definitely scary at age 30 to leave behind this entire universe I had built up for myself and jump into something totally new.”

In an epiphany that Hua describes as a “voice of God moment,” she knew she wanted to direct people in some way, and it eventually became clear to her that film would take that avenue. She started off doing live video projections and directing music videos for her friends’ bands, but when her vision was not being carried out on film like it was through her photography, she decided to enroll in UCLA’s Extension Entertainment Studies to get certified in directing.

Although she didn’t finish the program, she did finish the thesis, which ended up being her short film Searching Skies about a Syrian refugee family’s traumatic experience during a Christmas dinner. The Syrian refugee crisis carries personal overtones for Hua since it reminds her of her grandparents who had to flee to Taiwan to escape the purge during the Cultural Revolution in China.

“The reason I wanted to tell the story is that my parents are immigrants from Taiwan, and their parents had to escape to Taiwan during the Cultural Revolution because they were on the ‘wrong’ side,” said Hua. “I feel in a position of privilege to be in the United States and to be doing things relatively freely. I was able to run a magazine, I was able to make a film, and what did I do to deserve that, really? I just live here. I was born into this, so it seemed really unfair to me that one small thing could have prevented me this luxury. What right do I, or anyone, have to tell someone that just because they were born in this unfair situation, they need to stay there and not go to a safer place?”

Because of her film, Hua was introduced to Sheehan since both were interested in having a discussion series revolving around Islamophobia. Together, along with New York film distributor Abramorama, they created The Seventh Art Stand, a national film screening and discussion series in response to the travel ban, launching on May 2017 with over 50 venues participating all over the country. Hua was able to officially join NWFF after a design lead position opened and has been back in Seattle since August 2017.

As the executive director, Hua wants to create more opportunities for people of color to showcase their work to a wider and more diverse audience by bolstering access to skills and tools for those who are starting out and helping exhibit the works of those who have already made their films. She also wants to focus on creating access by spreading the word to minority communities about the resources NWFF has to offer and fostering a good relationship with them so that they will regard NWFF as a safe space. As a filmmaker, she is also interested in developing Seattle’s film community.

One of the things that struck Hua while she was applying for the position was how she hadn’t even considered herself as a highly qualified candidate until her friends pointed it out to her after she advertised the position to her friends through an email.

“After all this, I’ve come to conclude that the reason I didn’t think about it was not because I didn’t think I could do it, but because of the type of people who typically occupy an executive director role, which are, statistically speaking, white men,” she said. “So I’m glad that people saw me [as a qualified person]. It was like people had more faith in me than I had in myself. It’s interesting to think about the things that are so engrained on a societal level within you that you wouldn’t even think about it.”

“With my appointment as executive director, I feel like just a person on a day-to-day basis, but in the eyes of statistics, I guess, it is a big deal,” she continued. “It’s not very common, and on top of all that, I’m a woman. From the way people are reacting and seeing some of the opportunities that have already come to us with this appointment, it’s really cool to see what one change like this can make. Even the changes feel symbolic in some way, even though I wasn’t chosen for a symbolic reason. It can make institutional differences just by having someone at the top be a person of color or a woman of color, so that kind of power is not to be discounted. Institutional change is possible, is what I feel.”