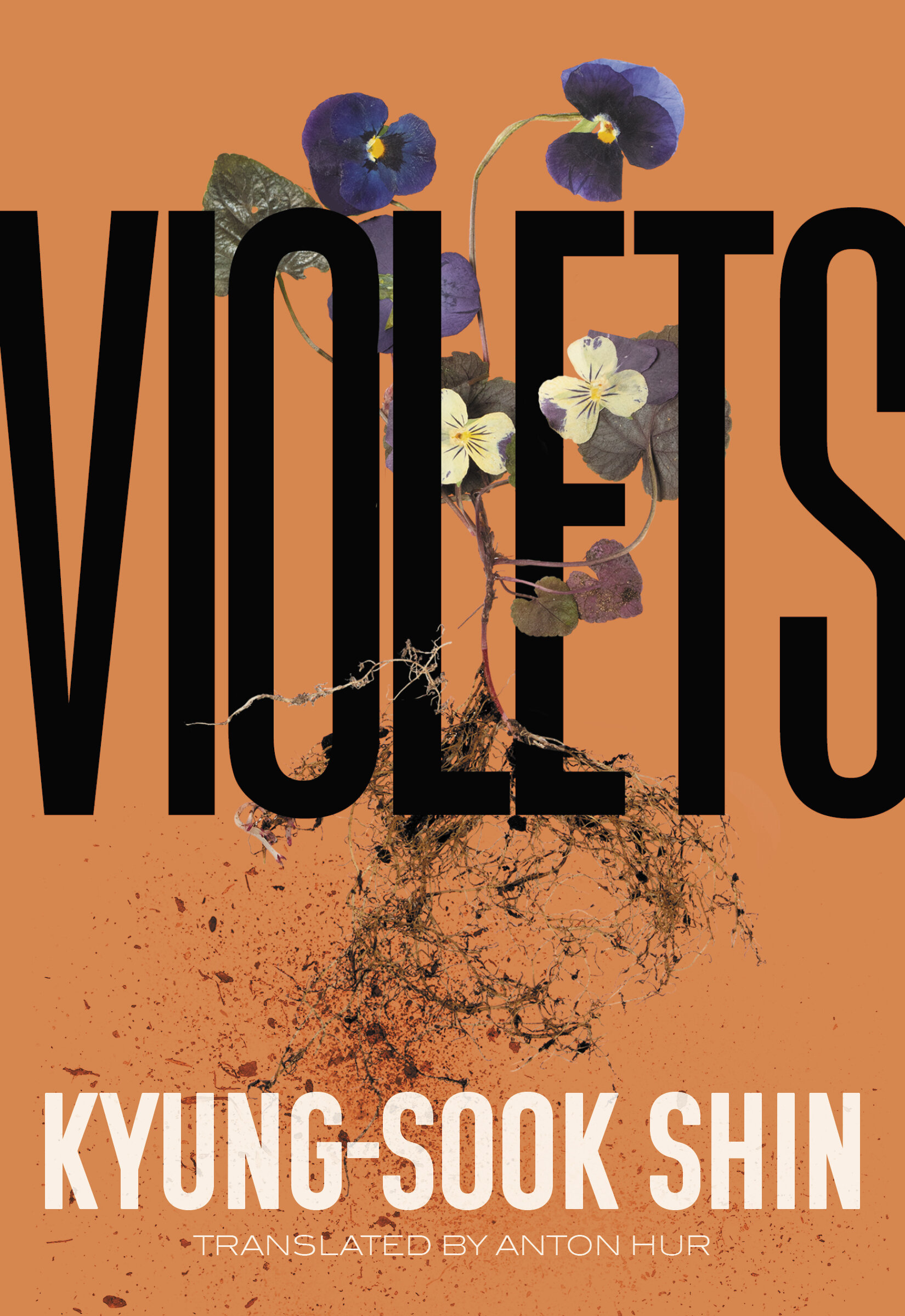 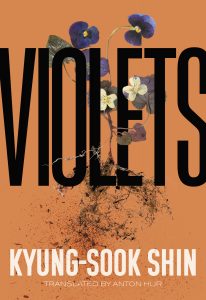 Upon graduating from Seoul Institute of the Arts, Kyung-sook Shin made her writing debut with Winter’s Fable. Since then, she catapulted and became a revered writer in South Korea for some of her notable works, Deep Sorrow, A Lone Room, and Please Look After Mom. The latter, Please Look After Mom, is not only an international bestseller, but also won the Man Asian Literary Prize award (with her being the first woman to win such award). Notably, she has won numerous awards for her writing such as the Yi Sang Literary Award and Prix de l’Inaperu.

Kyung-sook recalls suffering from intense migraines during her time writing Violets. It was a time when streets of Seoul were filled with protestors opposing a South Korean president’s administration. It also was a time women were systematically discriminated against, and thus, many were left silenced in Korean contemporary society. Violets was conceived when Kyung-sook took a walk to alleviate a migraine spell and then had an idea to write about a girl who eventually finds work in a buzzing city at a flower shop. Kyung-sook is a very dedicated writer. She had worked on a farm in Gupabal for six months to get in the skin of her novel, tending to trees, plants, and flowers, which show up as important motifs in Violets. Soon, her migraines disappeared upon tending to nature on the farm.

In a rural village where expansive green minari grow raw and free, there is a girl named Oh San whose unfortunate fate is dictated from the beginning. A place so isolated from big city life, surnames can divide you by class and social groups. Not quite fitting anywhere, San befriends another outsider girl named Sur Namae, both who unfortunately grace absent mothers and wayward fathers. Coming of age, San soon faces a brutal rejection that shakes her to her core. Her childhood in the rural village becomes a traumatic memory that lingers on to the bare bones of her existence and expansive green minari reminiscent as a wave of fresh sadness.

Fast-forward, San finds herself to be in desperate times in the big city of Seoul. Seoul in the late twentieth-century was rapidly changing and you will not miss this while reading the prominent details about the city as San navigates herself. She secures a job as a florist in a flower shop owned by a nonspeaking man and a commanding coworker who turns out to be San’s foil character. During this time, San encounters various people, many who are flirtatious men. San develops a burning desire for a flower photographer, not necessarily to partake in romance, but to fill in something deeper than that. Her obsession with this man reveals San’s inner psyche. San’s lingering loneliness propels her to meet various men, putting herself in less than desirable circumstances. Other women in the novel reveal that women helplessly rely on men to the point of their mercy. This unbalanced exchange recurs throughout Violets, where women struggle to find even ground in a hierarchical, patriarchal culture. Kyung-sook intentionally peppers these scenes throughout the novel from start to finish to address misogyny that is in Korean contemporary society. It is more important than ever to think critically about where women’s position really are in contemporary civilization.

San is a natural caretaker. She finds herself helping other people frequently and finds joy nurturing plants. She can easily nurture those around her, but cannot help herself. Although taking care of others makes her forget about problems for a brief moment, she succumbs to her trauma. Her fragile fabric of existence is cloaked by rejections from the past that partly paralyzes her. She weaves in and out like a thin needle wavering between desire and repression. San has a desire to feel love, to be loved and accepted. The glimmers of hope others hint her with are shallow flirtatious exchanges, yet on the same token, San feels extremely repressed to fulfill her desires. Her repression stems from her trauma and from a society that defines her as a woman she ought to be.

Violets are plain plants, practically invisible. Violets are women who exist in such invisibility in contemporary society. A violet is Oh San in Violets. The novel does not hold back referencing misogyny, aspects of modernization in a rapidly growing city, queer love (taboo in South Korean society then and now), and repression of desire. The novel is packed with metaphors, imagery, motifs, and symbolism, so there is a lot to discover and connect. Kyung-sook is a vivacious writer who is able to provoke and question fragile human psyche through slow burn appeal in Violets. Violets is about San’s journey to find total liberation, only to be an invisible ghost drowned out by a loud and ever-changing city. It is about San finding herself but losing herself first. It is about Violets who are left behind in Korean contemporary society.