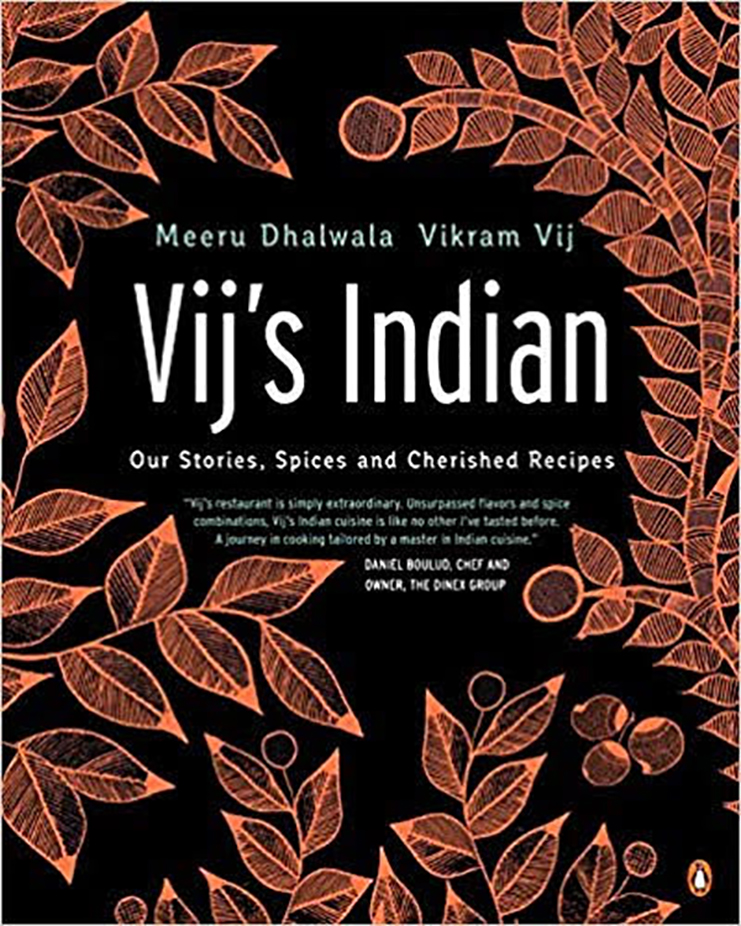 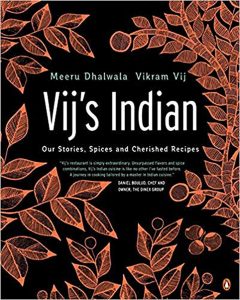 Vikram Vij and Meeru Dhalwala are co-owners of two award-winning Indian restaurants in Vancouver BC (Vij’s and Rangoli). They are also co-authors of two award winning cookbooks (Vij’s: Elegant and Inspired Indian Cuisine and Vij’s at Home: Relax, Honey: The Warmth and Ease of Indian Cooking).

Vij, an Indian-born Canadian chef, grew up in Amritsar, Delhi and Mumbai. He studied Hotel Management and trained as a chef in Salzburg, Austria. Emigrating to Canada in 1989, he worked in a series of top restaurants; in 1994 he moved to Vancouver and opened Vij’s, a fine dining restaurant. Dhalwala, his wife, joined him the following year and together they have created a line of successful businesses.

Dhalwala, born in India and raised in Washington DC, has an M.A. in Development Studies from the University of Bath in England. She partners with chef Vij by managing the kitchen and creating recipes for the restaurants including a line of prepackaged gourmet curries, Vij’s Inspired Indian Cuisine, available in grocery stores across British Columbia.

Dhalwala wrote the texts for the couple’s three cookbooks. The third, Vij’s Indian: Our Stories, Spices and Cherished Recipes, published in 2016, was proclaimed by celebrated Chef Daniel Boulud as “A journey in cooking tailored by a master in Indian cuisine.”

This is not your typical cookbook. Dhalwala is refreshingly open, thoughtfully frank, passionate, honest and good-humored. The cookbook begins with a “story” by way of an introduction to the journey that she, Vij and their two girls share from the start of their marriage to their eerily entertaining separation, ultimately ending (post book publication) in divorce. It is a raw and honest account to which the reader is drawn like-a-moth-to-the-flame. Never mind that this is, in fact, a cookbook. Or is it?

Comprised of approximately 50 percent stories about their lives and 50 percent Indian recipes, it is an Indian foodie tell-all. What makes it work is that the telling and the cooking are both first rate achievements.

The refreshing perspective Dhalwala imbues with Vij’s Indian is her approach to bringing wonderful Indian recipes swaddled in a story-teller’s blanket of warm and fuzzy narratives that brings each dish to life. When she points out why she roasts or parcels amounts or finds uses beyond a specific seed, nut, kernel or root, you take note. With her conversational style, she confides in you an education beyond the run-of-the-mill cookbook. And you respond with an acknowledging slight nod of your head, aware that you now share kitchen secrets with a kindred soul who has won your trust with her ability to convince you that she is a masterful, caring culinarian of Indian fare.

230 pages in length, with colored photos, drawings and illustrations, the contents include a section covering Indian spices, staples, measurements, tips for Indian cooking and wine pairings (Vij is a certified sommelier). This is followed by recipes for condiments and complements; snacks and starters; vegetarian dishes; grains and legumes; seafood; poultry; and meats. Grateful Americans will appreciate the handy addition of a Conversion Chart equating imperial and metric measures of weights, volumes and temperatures.
In addition to Dhalwala’s running commentary of engaging stories throughout the book, each recipe provides a Suggested Pairings List of other dishes for those intent on serving a complete Indian meal.

To those who seek a high-quality cookbook on Indian cuisine laced with engaging stories of those in the starring roles (the authors, the ingredients, the recipes, the act of cooking and serving, the establishments, the guests), Vij’s Indian: Our Stories, Spices and Cherished Recipes won’t disappoint.