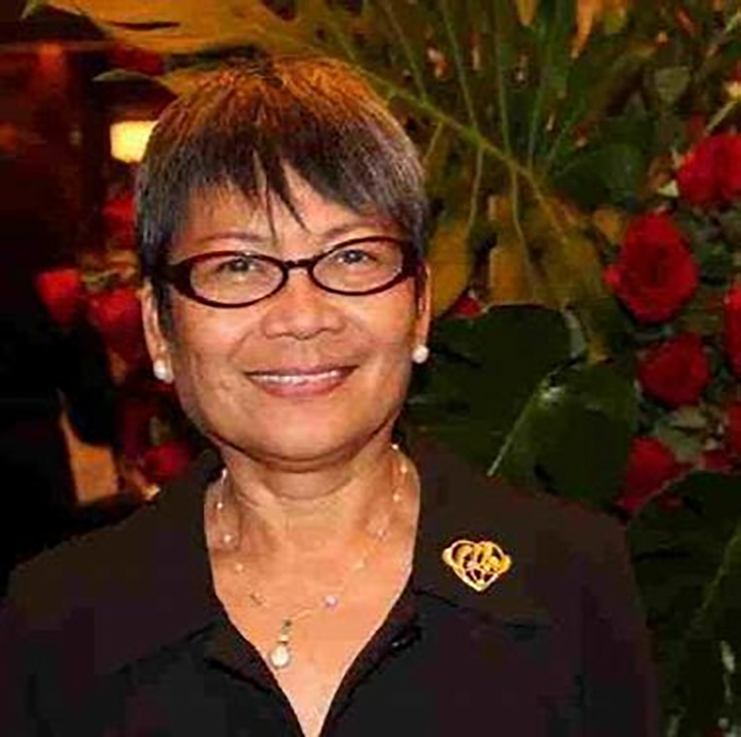 Former representative Velma Veloria is well known to many for her savvy community leadership, organizing, and activism.

On August 13, the Equity in Education Coalition (EEC) honored her at their 10 Year Anniversary celebration for her “…exceptional service to our communities of color as a state representative and community organizer for over 40 years. She has rendered significant change with her expertise, and experience in dealing with issues of gender in politics, labor, community organizing, health, environmental justice, and education for the youth. EEC is dedicated to and in support of individuals like Velma who open doors, dialogue, and most importantly produce a chance in how children of color progress in their academic and communal journeys.”

Veloria’s global activism was sparked by her return visit to the Philippines during the President Ferdinand Marcos’ dictatorship. She met cousins who were part of the First Lady Imelda Marcos’ Blue Ladies and met other cousins who were with the New People’s Army. The latter showed her the tough living conditions of the poor. With resolve, Veloria to join KDP – Katipunan Ng Demokratikong Pilipino (Union of Democratic Filipinos). She was assigned to Seattle to help keep the union reform movement in the Alaska cannery industry going following the assassination of ILWU Local 37 officers and KDP activists Gene Viernes and Silme Domingo. Veloria organized cannery workers, joined Justice for Domingo and Viernes, and organized against the Marcos dictatorship. The global effort to remove Marcos was successful.

From 1990 to 1991, Veloria worked for Rep. Art Wang as a legislative aid. This was a turning point for Veloria. She ran for state representative in November of 1992 becoming the first Filipino in the United States to serve in a state legislature. Her disciplined approach to campaigning, going from door to door, connecting with her constituents and advocating tirelessly for their issues. She served 12 years in the legislature from 1992-2004.
In 2003, Veloria introduced HB1175 which passed. it was the first legislation in the nation that makes human trafficking a crime in the state of Washington. The bill was predicated on the domestic related killing of Susana Blackwell, her unborn child, and friend Phoebe Dizon. Forty-eight states have passed similar legislation. Human trafficking is a continuing theme in her organizing work, collaborating with Dr. Sutapa Basu, Director of the UW Alene Moris Women’s Center. Veloria’s other continuing themes included affordable housing, workers‘rights, racial justice and the impact of international trade and globalization impact on local communities.

In 2019, the University of Washington appointed Veloria as Director of Advocacy and Mobilization for Equity as its first Honors Curriculum and Community Innovation Scholar to mento students in community organizing. Veloria continues to teach at the UW, is active with the Filipino Community of Seattle affordable housing development initiatives, and chairs the King County International Airport Community Coalition to address environmental, health and climate impacts of the airport on Duwamish residents.

Veloria has mentored young people throughout her service including Sofia Aragon, Burien Mayor, Edwin Obras, now president of the Filipino Community of Seattle board and Sameth Mell, director of Partners in Change at EEC (Equity in Education Coalition) and Director for Spean Rajana. Mell said “In my ten years of working with Velma, she has been a friend, mentor and above all, an inspiration and reminder that community building and change making doesn’t stop after leaving a formal position. She has helped to shape and bring up younger voices into politics, community organizing and created inroads for folks who never saw themselves at the table with decision makers.”

“I want the young leadership to emerge. I just want to step aside so there is space for them.” Veloria’s passion for justice and vibrancy will always be with us.