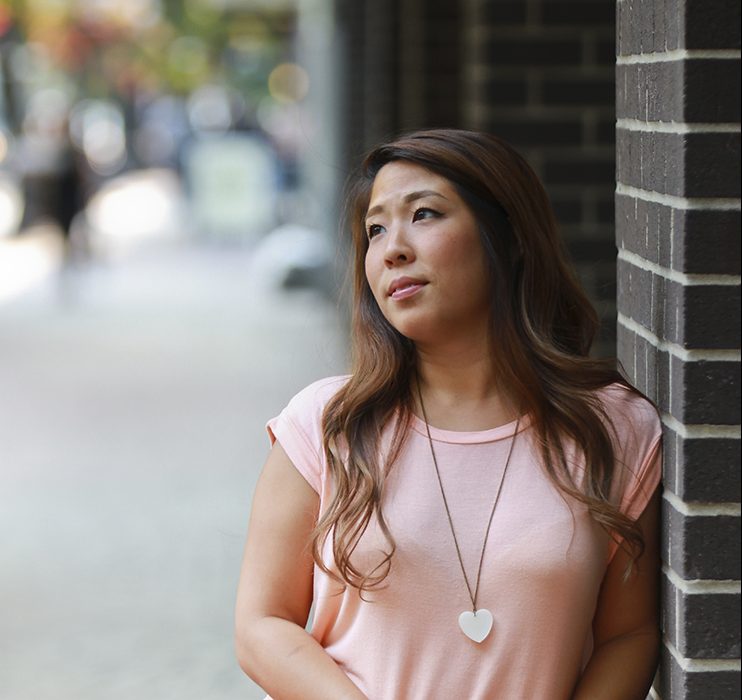 Just north of Seattle, in Vancouver, British Columbia, designer Shizuka Kai has specialized in puppetry, which utilizes her training in both acting and set design.

Kai’s pathway into puppetry was indirect. “I went to Studio 58, a conservatory-style theatre school, as an acting student,” Kai said. “Through my classes and project work, I realized that I had a passion for design, and I decided to pursue that further in the production program.”

It was through this expanded exploration that Kai finally found her calling. “Eventually in my graduating term, I had grown an even stronger passion for puppetry,” she said, “and in my final solo show presentation, I created, performed, and puppeteered five puppets.”

Both Kai’s style and her approach to her work were influenced by her earlier training in Japan. “The type of design is often very simplistic and beautiful, and I also saw some incredible bunraku style puppetry, kabuki, noh, and other traditional forms of Japanese theatre,” she said. “I also learned the importance of hard work, consistency, specificity, and respect for incredibly long commitments people make towards refining their art.”

Kai credits her inspiration to multiple experts in theatre. “I would say my design mom Pam Johnson has been and will always be my role model in scenic design,” Kai said. “She is not only an incredible designer, but she has taught and supported me through my life as a designer.”

She also nods toward the influence of her academic years. “One of my professors, Wendy Gorling, inspired me and ignited my spark for puppetry,” Kai said.

And beyond her own personal realms, Kai recognizes the giants of the puppetry world. “I am always blown away by Jim and Brian Henson’s work,” she said. “Now that would be a dream job, working on their team!”

As she works her way to that level, Kai is navigating the challenges of building a career. “The biggest challenge for any theatre artist is to be financially stable and have a balanced lifestyle,” she said. “I also found that being a petite Japanese woman has been more difficult to gain respect especially when I was an emerging set designer, in a male-dominant field of work.”

Kai focuses on communication and professionalism. “I’m 36, but people often think I am in my early twenties, and thus automatically assume that I don’t have a clue what I am doing,” she said. “But I do work hard to make sure that my designs and ideas are heard, and am always direct with my thoughts, however still being open-minded and ready for changes. The most important thing with being successful is being a person you want to work with.”

This approach has given her some unique opportunities. “I worked on a show early last year which I got to puppeteer with a Mexican puppet company,” Kai said. “They taught me some very specific puppetry, including breath movement, arm and leg movements while working with another puppeteer on the same puppet, flying puppets, gigantic puppets, and miniature puppets. I remember during that whole month of rehearsals my arms were incredibly sore and I went home super exhausted everyday, but yet was very content and happy.”

Kai reports that this kind of joy comes from the balance that she strives to maintain. “You need to really immerse yourself into the work and make it meaningful through hard work and collaboration, but at the same time balance your home life and have a sense of stability,” she said.

Staying focused is essential, Kai says, for any successful puppeteer. “The key thing I’ve learned is to enjoy the creation process and the time you spend with all the incredible artists that surround you,” Kai said. “Surviving as an artist is no easy task, and you have to keep reminding yourself why you are doing what you are doing.”