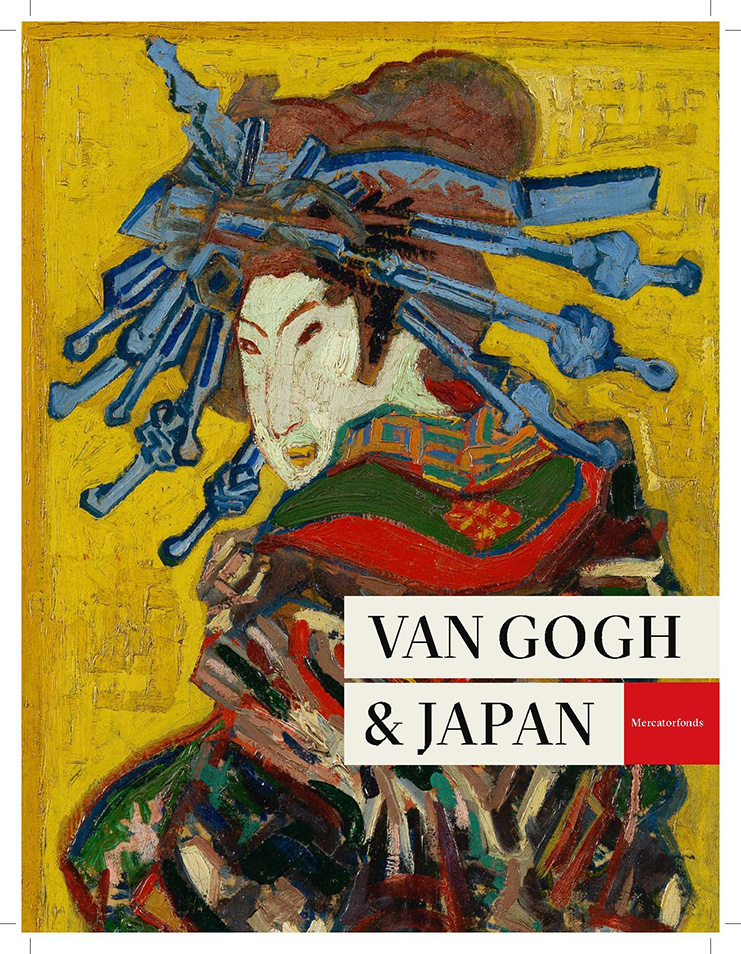 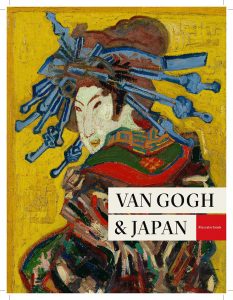 There is an essence in Van Gogh’s paintings that makes them instantly identifiable, yet so seeming immune to imitation, that the thought of other sources strongly influencing their creation almost never comes to mind. But in truth, Van Gogh’s passion for Japanese art infused his creative spirit and unbelievably, it is possible to trace back those roots of inspiration.

It is this very thought that spawned a major recent retrospective of his paintings, Van Gogh & Japan, which was painstakingly staged from choice art collections from Europe, Japan, and around world, and then was exhibited in Amsterdam and in several Japanese cities. Although there have been other Van Gogh exhibitions, this one focused on how deep the connective tissues that linked Van Gogh’s France to Japan were, and how art from Japan was perceived by him and how it ultimately resurfaced on his canvases.

Meant to accompany the exhibition, but in ways exceeding it and transcending the perfunctory catalog, the book Van Gogh & Japan delves deeply into explaining these connections by uncovering the layers of these once mysterious Japanese elements in his paintings. Five solid essays address different aspects of the Japanese influence and their well-chosen and beautifully reproduced images delight the eye and inform the mind.

The Paris that Van Gogh knew was inundated by art and objects of all manner from Japan. Not only was the late 19th Century French public obsessed with Japanese wood block prints (ukiyo-e), but also with ceramics, lanterns, screens and furniture. Artists were not immune from the infectious mania; Monet’s passion for Japanese art and its influence has long been recognized in his art and in his garden in Giverny.

Although there are similar parallels in Van Gogh’s art, the kind of influence and the extent that Japanese ukiyo-e prints set him apart from his impressionistic colleagues, as did his art. What makes a detective-like hunt like this possible is the remarkable “paper trail” of evidence. His letters to his brother Theo, for instance, reveal his passion for Japanese art and the joy that it brought to his life and much more.

In addition to the numerous references in his letters, we even know exactly the hundreds of actual ukiyo-e prints that he owned and sold as a dealer. From these, he painted copies of selected ones and the actual exemplars still exist. These copies are a starting point of understanding his assimilation of Japanese art, because these are not exact renderings, but rather are re-imagined in his own style. Other prints in his personal collection later appeared in set pieces in the background of his paintings, and they too are a window into his thought process.

However, the Japanese influences in Van Gogh’s paintings go far beyond stylized things on the surface as there are deeply embedded elements just waiting to be discovered by the inquisitive. The Japanese impact was profound, and this in spite of the fact that Van Gogh’s understanding of Japanese art was neither expansive nor particularly sophisticated.

But it didn’t matter, because what he could see, and which others would miss, made it into his personal visual language. Japanese stylistic aspects such as specific color usage, brush strokes, unusual horizon lines, background colors, composition and structure were absorbed into the artist’s eye. The broad double s-curve in a Japanese courtesan’s kimono finds a home in the dress in a Van Gogh portrait, but without having the original to reference, the connection would be all but invisible.

Where the book Van Gogh & Japan shines and excels is in its side-by-side comparisons of Van Gogh’s artwork with the corresponding Japanese examples that he knew or once owned. The subtle parallels swiftly rise to the surface without haste, and the once hidden seem so obvious.  So numerous and diverse are these pairings that their number alone convince. If there is a hitch, it is that the reading of the text can be slow and cumbersome. For example, various authors reference the same illustrations so thumbing back and forth in the book is necessary to find them.

Van Gogh & Japan’s achievement is in showing how Japanese art influenced the artist’s creations, but more importantly, how it infiltrated his very creativity. Format, art book-size pages, and the quality of the color reproductions are especially important here, and the book executes solidly. Ultimately, it succeeds in not only revealing the unseen, but also in providing a satisfying viewing and reading experience because the book is beautifully layered, much like Van Gogh’s art.