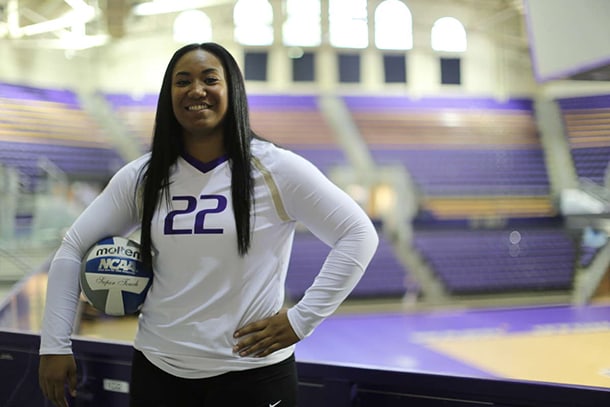 Growing up in a home where your mother is a teacher, and surprisingly a minority in her line of work, it was difficult to bypass and ignore the issues she firmly believed in as an educator. She cared deeply about her identity and responsibility as a Tongan/Pacific Islander teacher and the resources to ensure that Pacific Islanders students need to succeed in the classroom. The resource she passionately discussed often at home and in the community still today is that Pacific Islander students need more mirrors and windows i.e., they need to see themselves reflected in the curriculum and see teachers who reflect back to them their language, their culture, their ethnicity, religion, and their experiences. I came to understand what this vision gap was early in life. This is the gap that can arise in how students of color view themselves as future professionals because it is difficult for students to be what they cannot see.

In our global society, the value of our cultural identity and the unique contribution it can bring to an organization was the question University of Washington wanted to know from me when I committed to play on the UW Women’s volleyball team after I graduated from high school in 2013.

My family originated from one of the smallest countries in the world, an island in the southern region of the Pacific Ocean, the Island Kingdom of Tonga. “Si’i kae ha” – Small but significant, as Tongans proudly say. It is the only remaining monarchy in the Pacific, never colonized, a small speck on the map and neighboring island to Samoa, Fiji, Tahiti and New Zealand. Collectively, we are identified as Pacific Islanders.

One of the unique characteristics of UW’s volleyball program that inspired my commitment was the diversity of the coaching staff. The head coach was Caucasian (Jim McLaughlin), the associate head coach was Pacific Islander (Leslie Tuiasosopo Gabriel) and the assistant coach was Puerto Rican (Jose “Keno” Gandara). In my eyes, this was an amazing global representation of cultures that is a true reflection of UW’s admonition to “create a community of students [and staff] richly diverse in cultural backgrounds, experiences, and viewpoints.”

I have since graduated from UW in June of 2017, and as I reflect back to my five seasons as a member of the Husky volleyball team, many have asked why I chose to be a Husky. There were many critical factors that led to my decision, and one of them was UW’s mission expressing value in the diversity and cultural background of its students. This really hit home for me. Being the first Tongan on UW’s volleyball team and the community responsibilities that came with it was valuable to me.

I was born in Seattle and I am proud of my dual identity as a Tongan American.

I was accustomed to being the only Tongan growing up in a suburbia America  neighborhood and I recognized early when I started club volleyball the lack of Pacific Islander players, particularly Tongans, both in club and college and I found myself constantly answering questions about Tongan history, geography, culture and my family’s immigration story.

Because of the unique situation I was in, my parents thought that this was an opportunity and responsibility for me to showcase my identity and commitment to my Tongan community on the court. They believed this would create awareness, interest and confidence for more Tongan girls to play volleyball. This was my first lesson on the concept of role modeling, or as my Mom would interpret as same-race mentorship and reflective leadership.

This self-awareness inspired me to search for a role model reflective of my sport and of my ethnic identity. I found her at University of Washington’s athletic program: Volleyball Associate Head Coach Leslie Tuiasosopo Gabriel, a Pacific Islander from the island of Samoa – prevalent of UW’s effort in honoring diverse experiences that is influential.

I came to know “Tui”, as the team calls her, when I was 13 years old, my first year playing club volleyball for Washington Volleyball Academy (WVBA). She stopped by to watch me play at the Emerald Classics held annually at UW. Her presence made a huge impact in my confidence as a volleyball player. Not only was she a former All-American and in addition to being a coach, she was a Pacific Islander, a reflective leader, mirror, and role model to me. I felt an immediate connection to her, a sort of a national pride that motivated me to work hard. Her presence throughout the seasons continued to instill confidence, self-worth and validation on the effective value of same-race mentorship that led me to dream and aspire high to someday wear the purple and gold uniform under her mentorship.

I may have only been 5’8, but when Jim McLaughlin offered me a position on his distinguished team, I was 7 feet tall. UW truly is an institution that responds to and reflect the larger society, however “Si’i kae ha” Small but significant.  As a Tongan on UW’s volleyball team, I proudly wore its name as a symbol of personal and national pride reflecting an institution that encompasses all ethnicities and cultures.  When I entered UW as a student-athlete, female, Pacific Islander, a Tongan, an American, a Husky – it was my wish then that these multiple identities would become mirrors to many aspiring volleyball players. In hindsight, I would like to believe that I brought a shared responsibility for diversity at UW – It’s the Washington Way.”