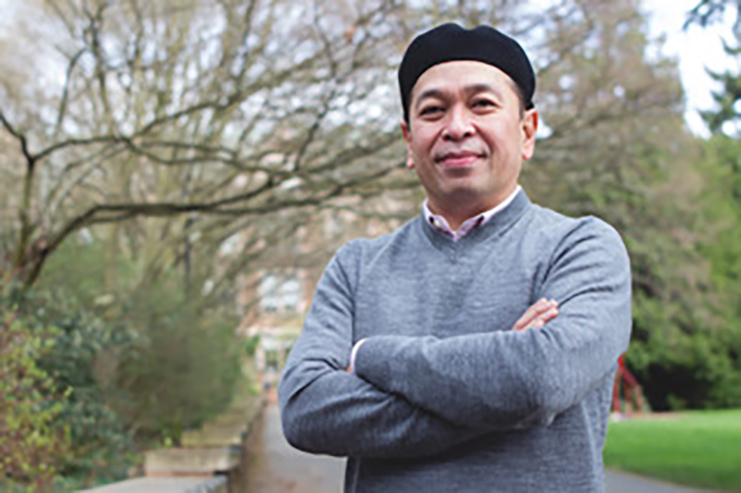 Rick Bonus, a UW professor, avid swimmer and self-proclaimed bookworm, broke ground on July 1st by becoming the first Filipino American to be appointed department chair at the University of Washington. Bonus oversees the American Ethnic Studies department, a role he describes as “mostly administrative work” but “also visionary work.”

The first in his family to obtain a university degree in the U.S, Bonus’ journey is also a cautionary tale – of how students of color continue to be underserved and undervalued on American college campuses. Drawing from personal experience, he described feeling “lost” during his undergrad years, saying, “School was kind of meaningless for me. There were no courses about people like me. There was not a whole lot of faculty who looked like me.”

Grad school at UC San Diego was the same. Alone in his interest in Filipino Studies, Bonus cobbled together a system of support when he couldn’t find Filipino mentors. “I created communities along the way,” he said. “Communities of allies in a big, alien world.” 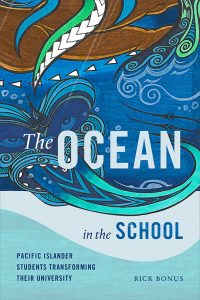 Bonus’ recent book, The Ocean in the School, shares similar stories based on his interviews with Pacific Islander students. They challenge the university to “be better,” not only for themselves but for everyone.

The problem, says Bonus, is the divide between the energy colleges spend recruiting a diverse body of students vs. the continuing challenges they experience on campus. People of color continue to be treated as outsiders. “There’s going to be a white-centered curriculum, there’s going to be predominantly white faculty,” said Bonus. “And then we wonder why they don’t graduate or why they get low grades.”

While Bonus’ achievement is progress, he emphasizes much work remains. He shared his thoughts and advice in a Q&A.

IE: How did your ethnicity as a Filipino American affect your journey working up the professorship ladder? Are there any challenges you faced that were unique to you?

Rick Bonus: Well every faculty member faces different challenges. There are very few people like me on campus. As a minority on campus, the expectation is for me to perform at 200% and to produce more than what’s required. When I mentor students I identify with, and want to care for and support, it is additional labor for me. But it’s something I try to do even if it’s not required of me. It’s a way for me to give back to my community.

IE: What advice do you give your mentees in terms of loneliness and isolation in college?

RB: I mostly try to be a role model. I want to show them that it’s possible to succeed in a place that’s alienating for people like you. To show it is possible to transform a place that’s not really made for you, and to own it. To be a part-owner of it and to make a difference.

IE: What solutions exist that can change the isolating experience for Filipino American students and students from other under-represented cultures?

RB: We can address this problem by transforming our schools, by integrating undervalued or non-mainstream knowledges into our curriculum and by recruiting diverse faculty to teach these kinds of alternative knowledges.  In these ways, students do not feel like their culture and histories do not matter.  Rather, they can study their own, instead of just studying the cultures of other people.  They can find meaning in their schooling.  When they find meaning, they’ll more likely stay in school and graduate eventually.  There are many evidences in research to support this.

IE: What can we do as individuals to contribute to greater social justice?

RB: A lot of people don’t think of going to school as a form of protest. But I tell my students that it is a form of activism. Educate yourselves, to go to school, read books, read non-conventional knowledge. A lot of these things are bred in universities like ours. One of the reasons why I’m able to produce alternative knowledge is because I’m tenured. I cannot be fired for saying things that are ‘unacceptable’ to dominant culture.

IE: How do you want your story, as the first Filipino American to be appointed as a Department Head at the University of Washington, to be told?

RB:  don’t want to make it seem like a triumphant story. It is in some ways, but it’s also a story of the continuing struggles we have, as members of the society that’s now facing a lot of challenges when it comes to racism and injustice. And all of us are players in engaging with that. I want to give this impression to you and to your readers that our struggle continues. Me becoming department chair is one part of it and we’re hopeful for the future, but at the same time there’s still a lot of hard work left.