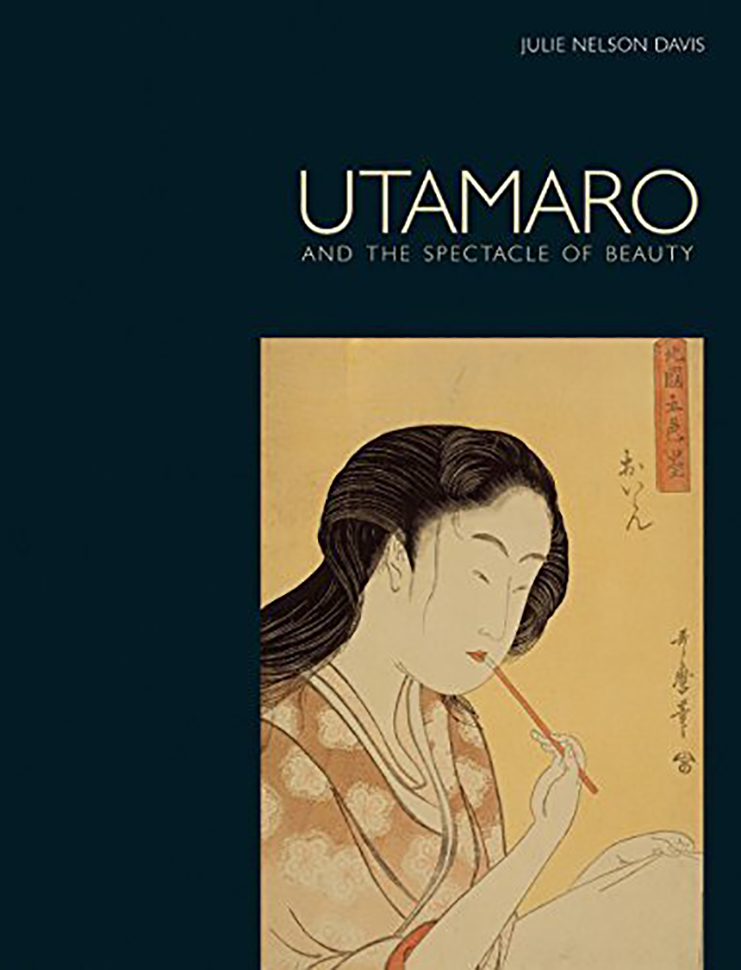 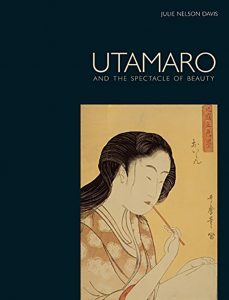 In the introduction of Utamaro and the Spectacle of Beauty, Julie Nelson Davis, a professor of art history, reminds us that we cannot assume the work of Kitagawa Utamaro, an esteemed designer of ukiyo-e (literally “floating world pictures,” a term for Japanese woodblock prints) is an accurate or documentary reflection of Edo life in the 18th and 19th centuries when he was active.

Instead, Davis stresses that these woodblock prints were collaborative efforts between designers, block carvers, printers, reviewers and the publishers who employed these artists. These prints and the written accounts of life that were published with them cannot be taken at face value, she argues, and her book explores all the levels of control exerted on the people connected to these prints—from the sex slaves on the lowest rungs of society being depicted in the prints, to the Tokugawa shogunate that eventually had Utamaro arrested.

As a compelling reevaluation of Utamaro’s work, and the systems at work behind it, Utamaro and the Spectacle of Beauty explores very upsetting subject matter, such as how these prints of typified, idealized women presented a luxurious facade that hid the inhumane conditions sex workers were subjected to within the Yoshiwara district. (Even though I previously studied propagandistic woodblock prints that artists had designed for mercenary purposes—specifically Kobayashi Kiyochika’s 19th-century war prints—I had still fallen prey to assuming Utamaro’s prints reflected his own lived experience. I had thought he must have been some sort of hedonist, or the type of cultured gentleman his persona suggested.)

Davis pierces this illusion immediately and delves into how Utamaro was a tool the Tsutaya publishing house used in order to bolster its advertisement of the Yoshiwara district’s prostitution enterprise. In reflecting on Utamaro and the Spectacle of Beauty, I struggle to focus on the art objects and do the sort of close reading of them I usually engage in when I study artwork. Instead, I think of the sex slaves—many trained from ages as young as eight—who were unable to leave the district until their beauty was no longer exploitable.

Davis unveils layers upon layers of illusion throughout her analysis. For example, the women Utamaro depicts were supposed to represent real, named prostitutes who clients could make offers to, but each woman is rendered with such idealized, exaggerated features, they would be unrecognizable as themselves aside from their minute markers of rank. Utamaro’s prints depict a completely glamorized, fabricated world. In this era of #MeToo, Davis’s analysis is particularly timely, and readers with an interest in gender will learn a lot from this book.

Those interested in the construction of celebrities will also find this book fascinating. Davis also chronicles the way in which Utamaro’s persona was constructed, how he was brought into this business world of publication and the Yoshiwara. He was set up by Tsutaya to become the next ukiyo-e rising star by being advertised next to already-famous printmakers, poets and novelists. Davis explains that the Yoshiwara was not only a prostitution enterprise, but also an intellectual salon for many creative people to whom Utamaro was introduced.

Throughout Utamaro and the Spectacle of Beauty, historical terms are defined and translated for the reader as they come up, and despite the book’s academic style, it remains easy to follow. That being said, I think readers who already have some familiarity with the popular artwork and artists of Edo Japan will find it most accessible.

Davis uses Utamaro’s artwork as a doorway to explore many different entangled cultural systems at once. While many of Utamato’s works are beautifully reproduced throughout the book (though quite a few of the images could be larger, in my opinion), and it contains 138 illustrations, I would not classify Utamaro and the Spectacle of Beauty as an “art book” first and foremost. It is an art historical work with an emphasis on the historical. Even though I felt familiar with ukiyo-e going into this book, I learned an immense amount about Edo culture and its means of production while reading it. Those who feel ready to learn about the horrors of exploitation, particularly of women, will find a brilliant text.