There are no plans to demolish the International District building damaged by the December 24 fire, according to a joint statement released today by the Department of Planning and Development, Seattle Department of Neighborhoods, and Office of Economic Development.

The Woo family, who owns the property, and city departments are working to preserve as much of the existing building as possible.

According to today’s statement: “As of March 5, the Department of Planning and Development and the Seattle Department of Neighborhoods began reviewing a permit application to stabilize the existing building to remove safety concerns for neighboring tenants and the public.The proposal requires removal of the west wall on Maynard Alley, which was most severely damaged by the fire. The remaining portions of the building will be braced and stabilized until future renovations can occur. There are no plans to demolish the entire building at this time. … A permit will be issued shortly, which could allow work to begin by late-March. Once the building is fully stabilized, it will allow private engineers to further evaluate the structure and help us determine the appropriate next steps regarding future redevelopment.”

The Woo family also released an information sheet that said structural stabilization work expected to begin later this month will take about eight weeks to complete.

During the stabilization period, the alley will be blocked off during the day with emergency exiting available from the alley and it will be opened every evening. There will be external steel braces holding up the north side of the building along King Street, so pedestrian access along the sidewalk will be blocked for about 10 to 12 months. A pedestrian safe walkway will be provided along the street, but no street parking will be allowed.

The information sheet also described the Woo family’s intent to fully restore the building: “As much of the original façade and character of the building will be retained and restored as possible. The owner’s long term goal is to restore the building to full use with 53 rental residential units on the upper floors and retail at ground level. We will take this opportunity to upgrade the building to meet all current seismic and building codes. We plan to start the rest of the renovation work as soon as we can complete designs and obtain permits.” 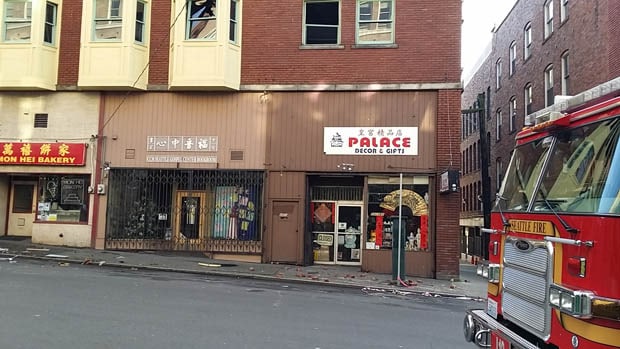 665 S. King St. fire: Salvaging the past, rising from the debris 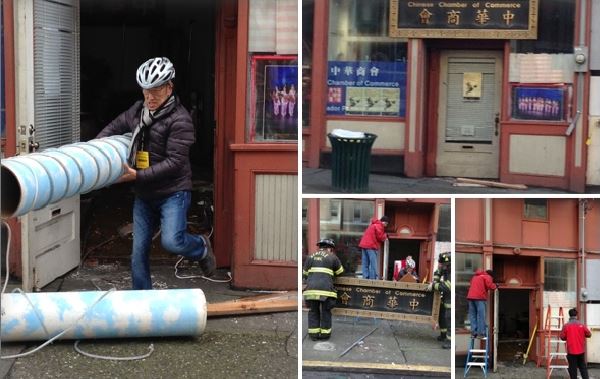