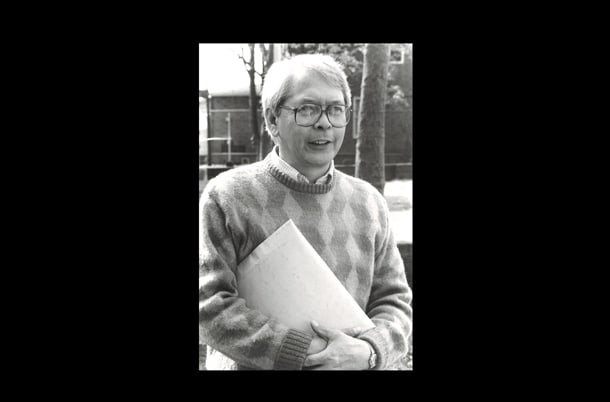 On Saturday, August 27, 2016, Uncle Bob Santos passed away, leaving an unbelievably accomplished and inspiring legacy of activism and social justice that has forever impacted Chinatown-International District and those who live and work here. Thousands of people attended his memorial held on September 23, 2016, at Wamu Theater to pay their respects and come together to ensure his legacy in protecting and sustaining the livability of his community, the International District, continues to build. Tom Im, Community Development and Sustainability Director for InterIm CDA for 20 years, spoke at the memorial. The following is a copy of his speech and the poem, “Sammy’s Boy.”

One attribute that stands out for me when reflecting about him was his generosity—his generosity of giving his time. There are many ways to describe him—friend, mentor, leader, rabble-rouser, change agent, community organizer, hero—but for me and for many of his nieces and nephews, it’s Uncle. It’s fitting because he made sure to spend time with us, by coming to our office or inviting us to his home or his favorite karaoke bar, where he would talk and listen to make sure all was good for each one of us. And while he sat there, he made us comfortable, confident, and a little bit more brave. And he did this not just once, but countless times with such joy and true sincerity. There are so many smart and charismatic people that you meet in life, but rarely do you find someone, who was as generous as Uncle Bob.

In his generosity, Uncle Bob always seemed to say, “Yes,” when someone asked him to speak at an event or give a tour. And when Uncle Bob would lead these tours, he would tell stories, entrancing all that listened, for Bob was a master in storytelling. And through these stories, we learned a little bit about him, but more importantly a lot about the community that he fought for all his life, the International District. Through these stories and getting to know Bob, we learned what it meant to live with purpose, to serve with dignity while working for the dignity of others, to think creatively while acting strategically. We learned a lot.

When Uncle Bob retired in 2006 from InterIm, his second retirement, his staff wanted to give him a big send off. And as one of the gifts we wanted to shower him with, I wrote the following to honor one particular story he often told. It’s about his father, Sammy Santos, who had been a well-known prizefighter in Seattle, but who, through the years of boxing, had lost his eyesight.

This man who has survived a life of his color being scorned by words and cruel gazes of men who don’t know any better; this boxer who has endured the countless jarring blows to his body and his head; this Manong who is blind from his profession and left living in a tiny room, in a poor and ignored community. For this is the day his son takes his arm and shows him the place that he has come to love. For this is when his son leads him to the barber shop where he gets his hair cut, the hotel where he takes a bath, the diner where he eats his lunch, the tavern where he sips his beer. This is the day when he meets all his friends that make up his memory and moments of glory. And this is the time when he can share a smile with his boy who can see the life that he once lived.

He sees a soldier, an entrepreneur, a boxer, an activist, a man. He sees courage and a leader. He sees charisma and character. He sees heart and hope. He sees his son’s steps, once small and timid, grow into strong, giant strides. He sees that his own blindness gave his son a vision, a set of eyes that could transform the world that he lived in for all the better.

He sees a place that once was poor and ignored, born again. For his son has built new homes for Manongs that lived all their lives in poor, decrepit rooms. A new garden built for the aged who would otherwise be sitting in their small quarters, just waiting for the next day to come. A gymnasium and a library, so all the neighborhood’s children could have a place to play and live life, as a child should. He has seen these, as well as many other great feats achieved by this son of his.