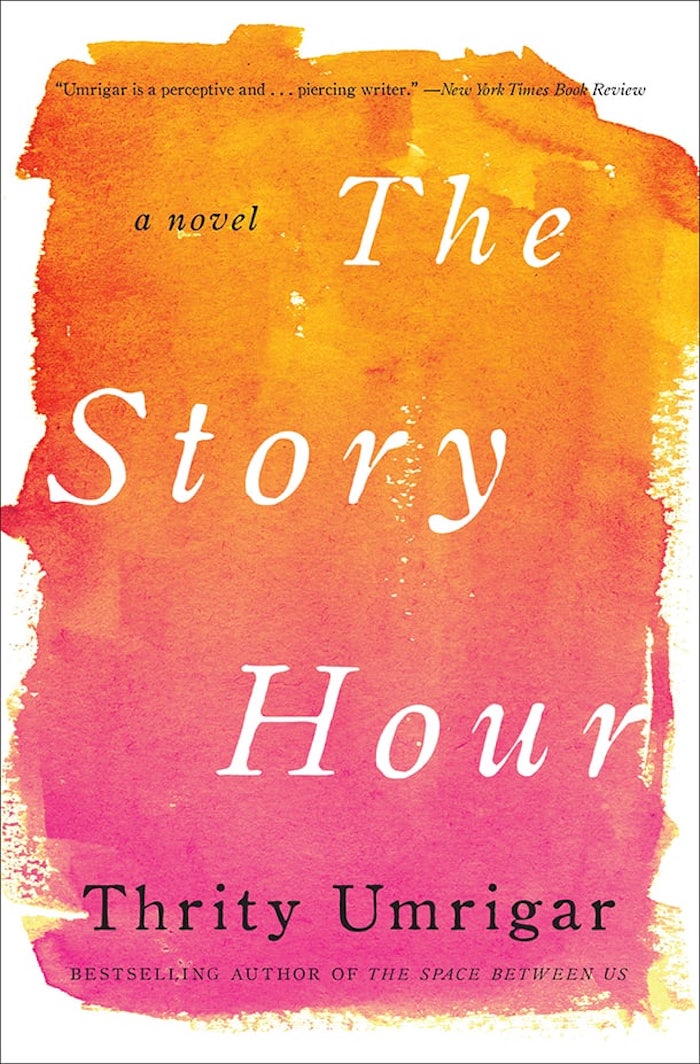 A working class Indian woman immigrant who provides unpaid labor in her abusive husband’s restaurant attempts to take her life. The hospital assigns her a therapist who happens to be a black woman married to an Indian academic. The therapist, Maggie Bose, is drawn to help this patient with whom she feels a bond perhaps because they are both married to Indian men. A friendship blossoms between the two, one which violates ethical boundaries between patient and therapist. This is the basic plot line of Thrity Umrigar’s sixth novel, The Story Hour.

In some ways, the patient Lakshmi’s story treads familiar and tired ground in contemporary South Asian American fiction: poor oppressed Indian woman finds herself in a loveless marriage and forges a new path once she comes to America where all immigrants are alienated, they miss Indian food and culture, and they struggle to maintain connections to their homeland.

Where this novel offers new insights is in this relationship between women across class and racial boundaries. In their therapy sessions, which are story hours in which narrative forges the relationship, they discover common ground. Maggie helps Lakshmi learn to drive, get a catering business started, and find her way toward autonomy. Along the way, we learn of Maggie’s husband and his life and their relationship, her affair with an adventurous and unscrupulous journalist, and the break-up of her marriage.

We learn of Lakshmi’s secret, the root cause of the conflict between her and her husband, and the slow way in which they begin to build a different marriage. The therapist-patient relationship breaks up simultaneously with the Bose marriage.

Umrigar is at her best when she writes about Maggie as a woman of color and her sense of alienation from her husband’s academic community as well as his Indian culture. The depictions of rural India and the lives of the poor families seem stereotypical with no semblance of lived realities. Umrigar was more successful in writing about Indian lives when she focused on urban middle class families in her earlier novels. All in all, the novel is worth a read for its portrayal of inter-ethnic relationships in the United States, but it offers very little that is new about Indians either in the United States or in India.