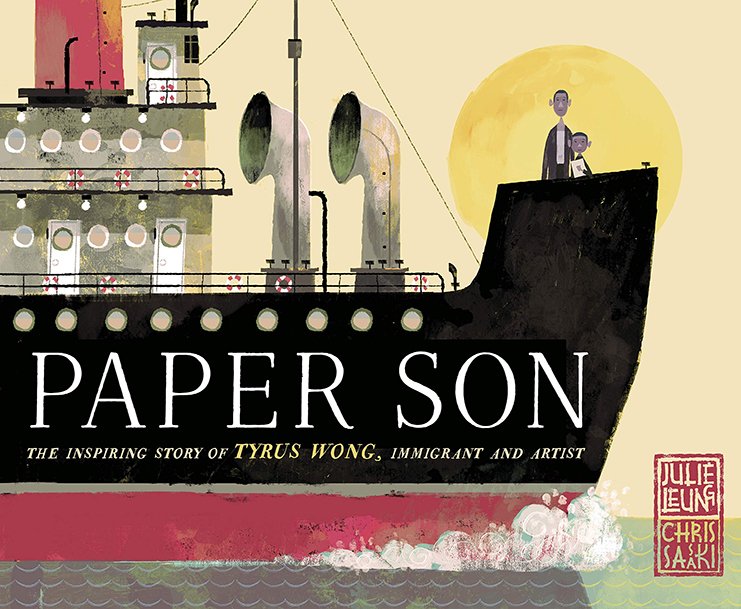 During the height of the Chinese Exclusion Act, a young Wong Geng Yeo and his father immigrated to America. Deemed a “Paper Son”, he is grilled by immigration officers having to prove that he is indeed his father’s son. After passing their scrutiny he is released to his father and given a chance to the American Dream.

Through the dedication of his father Wong, Tyrus (his new name), graduates at the top of his class at the Otis Art Institute in Los Angeles and gets a job as a production artist at Walt Disney Studios. Tyrus is feeling bored with the repetitive nature of his job when he hears that the studio is struggling with creating backgrounds for the newest feature length film; a movie called Bambi. Tyrus combines Asian and Western styles to create unique landscapes and presents his art to Walt Disney. Disney in turn asks the rest of the film to be modeled after his work.

Tyrus’ life is not without its twists and turns, but readers get a glimpse of the overlooked contributions of a pioneering Asian American artist within the film industry. Sasaki takes the time to honor Tyrus’ painting style, layering contrasting colors and textures to create intriguing visuals. While the narrative is both informative and engaging, it is a longer read more appropriate for grade school children. Nethertheless, younger readers will still enjoy the whimsical art. An Author’s Note and pictures from the Wong family provide more historical context and details.