Update: A memorial service for Al Sugiyama will take place on Sunday, January 29, at 2:00 p.m. at Fisher Pavilion at Seattle Center.

Alan Sugiyama, long-time Seattle community activist and former executive director of the Executive Development Institute (EDI), died on January 2 at the age of 67 after a valiant two-year public battle with cancer.

“To my dad, family and community were the very most important things,” Sugiyama’s eldest daughter, Mari, said shortly after her father’s death. “My sister and I were always meeting people we were distantly related to countless people he worked with in the community. We’re grateful that all of them kept dad in their thoughts and prayers during his struggle with cancer.

“I remember that his favorite quote was, ‘Right on to the Right On.’ That was his mantra. I used to ask him, ‘What does that mean?’ I now understand that it was his way of saying that we should not be afraid to tackle the challenges in front of us. We shouldn’t be scared. That’s how he approached his cancer. Just tackle it head on.”

Sugiyama’s younger daughter Alysa added that she learned from her father the value of always “fighting for what is right and helping those in need.”

Sugiyama, an outspoken champion of affirmative action and increased funding support for communities of color, is perhaps best known for the 30 years he spent as founder and director of the Center for Career Alternatives (CCA), a multi-ethnic job training program serving low-income residents in King and Snohomish Counties. After “retiring” from CCA, Sugiyama went on to head up the Executive Development Institute (EDI) to pursue his interest in helping train and mentor a new generation of Asian Pacific American leaders.

In February of 2015, Sugiyama stepped back from his leadership of EDI to focus his energies on an unexpected personal challenge: the discovery of cancer in his esophagus and pancreas.

In talking openly about his cancer—and enlisting the support of friends in his care—he sought to dispel myths about the disease and to help others facing similar battles with cancer. Sugiyama was honored on February 7, 2015 with a lifetime achievement in a moving ceremony at the annual banquet of the Greater Seattle Chapter of OCA—Asian Pacific Advocates. On September 13, 2015, several hundred people packed into the Blaine United Memorial Methodist Church to celebrate “Superman” Al’s tenacity and to praise his lifelong commitment to social justice.

Kristina Logsdon said Al called her right after she underwent her first chemotherapy session in August of 2015. “In typical Al fashion, he called to impart some knowledge and to lift my spirits,” she said. “His positivity was endless, and he instilled in me the importance of remaining hopeful and upbeat. ‘Chemotherapy is our friend,’ Al told me several times, ‘Keep your eyes on the prize. It’s okay to feel down, but I want you to rebound and continue the fight.’

Even as Sugiyama underwent aggressive rounds of chemotherapy, which dramatically shrank the tumors in his esophagus and pancreas, he kept to a full schedule, actively participating in the monthly meetings of the Asian Pacific Directors Coalition and other community functions. In the summer of 2015, he joined with others in leading protests against a hookah bar that had been a magnet for gun violence that had just taken the life of beloved International District medic Donnie Chin.

On February 7, 2016, he gathered his energy—and a circle of friends—to participate in the first annual Lunar Year 5k walk and run in Bellevue to raise money for uncompensated care for International District Community Health Services (ICHS). He managed to outpace several of his friends, who had a difficult time keeping up with him. The Seattle Channel filmed Sugiyama at the event, producing a short piece on his life for CityStream, which aired in August.

Al had already begun gathering friends to join him in the second annual ICHS Lunar New Year 5k, scheduled to take place on the Interurban Trail in Shoreline on February 26, 2017. He continued to do this even after he entered the hospital last month, shortly before he died.

Sugiyama was raised in the Central Area and attended Garfield High School. In 1971, he helped organize the Oriental Student Union at Seattle Central Community College, pushing successfully for establishment of an Asian American studies program. One year later, he teamed up with several other student activists to start the Asian Family Affair, a newspaper funded through the Asian Student Coalition at the University of Washington. The paper, which published continuously until 1985, provided a voice for Asian Americans seeking their identity, rediscovering their history, and advocating for community needs.

Sugiyama established CCA in 1979 after working at two job agencies—Seattle Opportunities Industrialization Center and Employment Opportunities Center—and realizing that there was an urgent need to create a similar organization for the Asian American community. After serving as the dynamic and charismatic director of CCA for three decades, Sugiyama stepped down from the helm in 2010.

In 1989, Sugiyama took on a new challenge in the education arena. He was elected to the Seattle School Board, serving two four-year terms. As the first Asian American board member, he advocated for staff diversity and bilingual education.

In recent years, many young emerging community leaders looked to Sugiyama for guidance and inspiration, eager to hear about his past involvement in social justice causes.

Julie Pham said she had the pleasure of hosting two separate group dinners with Al at her home. The first time, she said, she asked each guest to share a story about an Asian American role model. “I made the mistake of letting Al go first,” she recalled. “Because he was such a gifted storyteller, we ended up listening to him for two hours recount the history of the Asian American Civil Rights Movement.

“By the second dinner, I had learned my lesson. This time, I went around and asked the six guests to share a bit about themselves and then to ask Al a question, but Al couldn’t say anything until the end. Of course, Al couldn’t help himself and started interrupting after the fourth guest. He was such a talker. And we all loved listening to him because he had the best stories.”

In late November of 2016, Sugiyama’s battle with cancer took a dramatic turn for the worse when he collapsed while in Hawai‘i on a trip. Doctors discovered that the cancer had spread to his brain. He returned home to Seattle, spending much of his final month at Swedish Hospital, where his condition continued to deteriorate.  He passed away shortly after 12 noon on January 2, surrounded by family members and a small group of lifelong friends.

Sugiyama was preceded in death by his sister Carole Burrus; and his former wife Kathy Tagawa. He is survived by his brothers Steve, Glenn and Dick; daughters Mari Sugiyama (husband Adam Woolverton) and Alysa Sugiyama; and granddaughter Kaia Woolverton. At press time, the family had not yet finalized details on a memorial program.

If you would like to share your memories and appreciations of Al Sugiyama with the IE’s readers, please email [email protected] 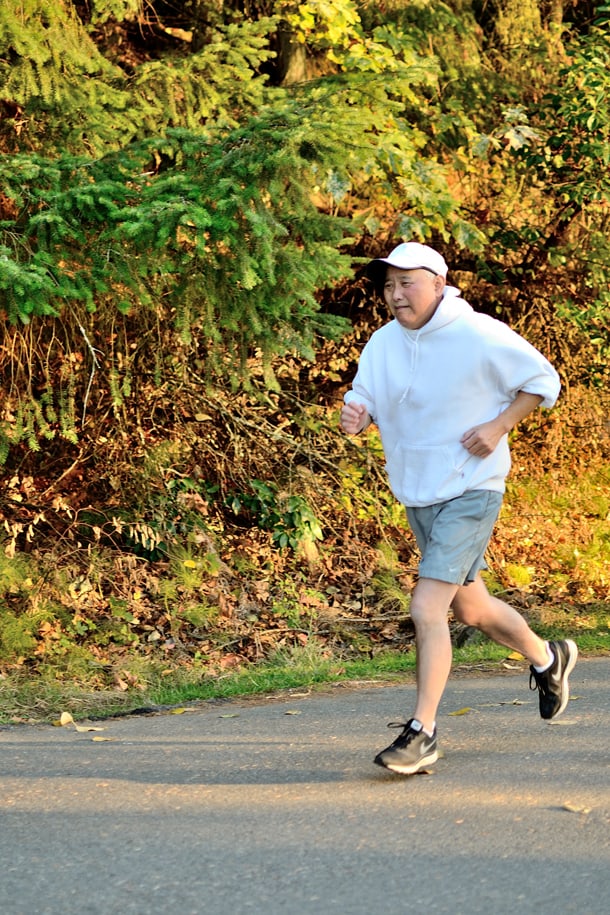 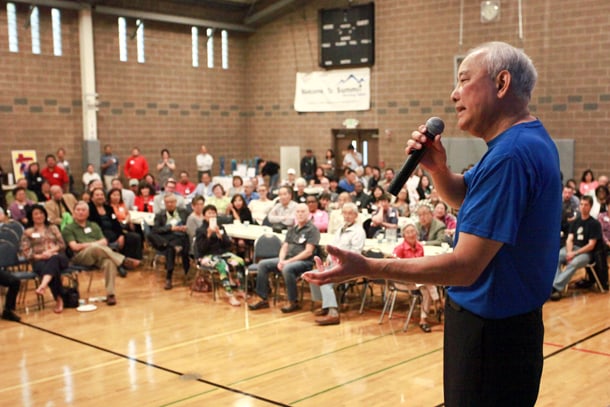 Remembering solidarity and resilience at rallies in 2021