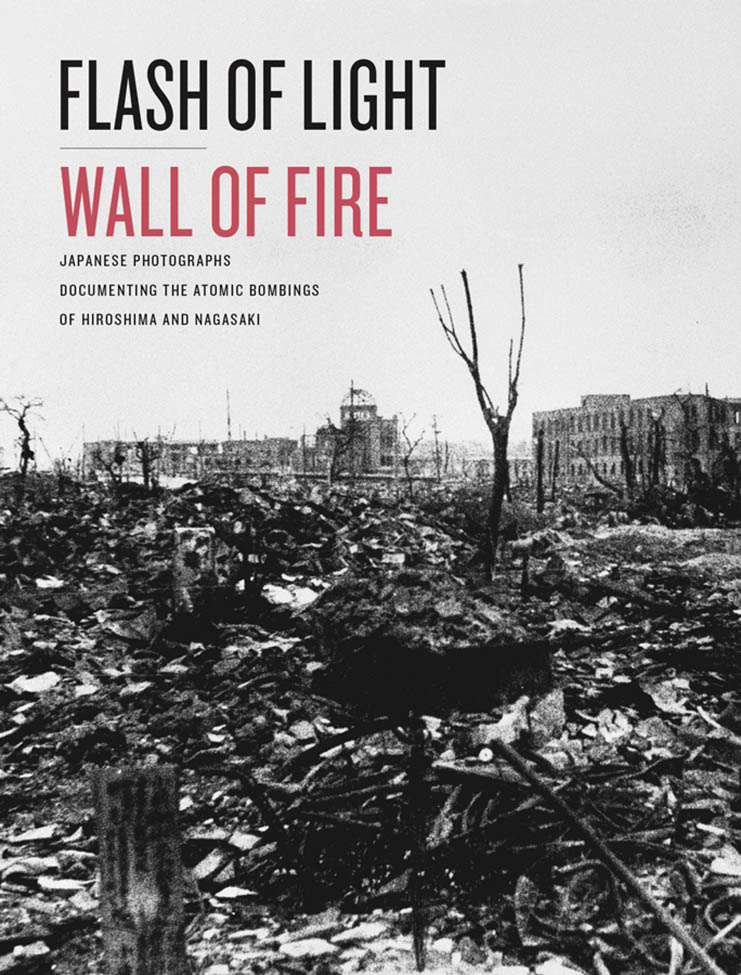 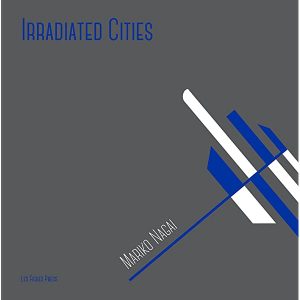 In Irradiated Cities, Mariko Nagai takes on the issues of Japan’s complex relationship with nuclear power from Hiroshima to Fukushima with a poet’s voice and a photographer’s eye. From the outside, its compact dimensions and 135 pages hide an interior that packs a serious punch of something much larger.

Although Nagai identifies herself as an “accidental photographer,” many a photographer would be envious of her images in Irradiated Cities. Released from the bonds of color, Nagai’s black and white images unleash a style from reality to abstract, creating the most ghostly of worlds with masterful swatches of grays.

These monochrome photographs render a world emptied by atomic destruction, without actually showing historical images – many are distantly related and span from everyday objects to wonderful abstractions. Although some reproduce surviving objects from the bombings, all trigger a memory or raw emotion of the aftermath of nuclear fallout and the world laid barren.

People are largely absent in the images, and when people are portrayed, they are faceless or blurred.   This creates a sparsely and eerie world which could be now, the past, or a time that has never been.   More importantly, the photographs add visceral power to Nagai’s poetic text, much like film music serves up raw emotion in a dramatic scene.

The text is the result of Nagai’s research, interviews and personal investment in this painful topic; all are transformed into powerful poetic utterances. She skillfully renders the words and emotions of real but faceless ghosts – victims of the WWII bombings of Hiroshima, Nagasaki and Tokyo, recent victims of Fukushima, and others, such as Japanese fishermen who were unfortunate victims of nuclear testing – and weaves them together into a poetically fluid narrative.

The single-line statements go down easily, but are intentionally challenging to consume when multiple statements and voices echo in relentless succession in a layered texture of utterances. The effect is immediate and compelling.

So much in Irradiated Cities is superb; Nagai’s photographs are poetic and her text liberates images.  Mariko Nagai proves that the voice of an artist can be immensely powerful, and that art is capable of being something far beyond a consumable item to be enjoyed for its pleasure or beauty; it also crafts social messages rendered from pain and ugliness. 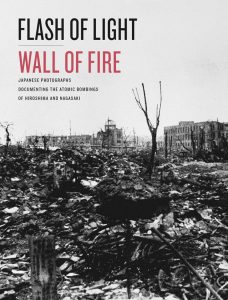 For a more literal vision of the aftermath of the bombings of Hiroshima and Nagasaki, Flash of Light, Wall of Fire presents the view through the eyes of 23 Japanese photographers, whose images have largely never been seen outside of Japan.

Tragically, because of tight security that saw many of the photographs by both Japanese professionals and amateurs being censored, confiscated or destroyed, few images survived. Those not confiscated were held in private hands and sequestered in secret hiding places by their takers at great risk.

In 1982, the Anti-Nuclear Photographer’s Movement (ANPM) was formed in Japan to preserve those surviving photographs and to promote the “abolition of nuclear weapons.” Copies of their collection of 826 photographs are now housed in the Briscoe Center at the University of Texas, Austin. This book of 100 selected photographs commemorates the 75th Anniversary of the bombings and represents their first English-language publication. In this edition, the photos dominate and are allowed to tell the story, although three excellent and short essays enhance their meaning.

The uniqueness of these Japanese photographs cannot be overstated, nor the courage of those photographers to capture the pain of the victims while pushing through their own injuries. One essay graphically recalls the story of one photographer who had to muster the sheer strength for minutes on end to just press his camera’s shutter release. Another was certainly suffering as he persisted in recording history; he died from radiation poisoning a few weeks later.

Although the most immediately dramatic are the mushroom clouds and the pictures of neighborhoods that only hint of what was there prior; it is in the photographs of everyday people that move most deeply. It is not only the surface scars and burns that penetrate viewers, but also the glassy stares in their eyes offering a window into lingering pain and longing that burns within.

As disturbing as these images are, there are even some far worse stories and images from other sources; these bombings were unprecedented and unmatched in their brutality even to this day.  However, the value of Flash of Light’s photos is not their weight of the horror, but rather in the unique Japanese perspective shown in photographs.

The worst of victims’ wounds most likely were not captured on film because of some photographers’ cultural restraint, but dignity and a determination to survive remain in the expressions of the victims.   This portrayal of humanity gives lasting power to the photographs while the other reminders of the atomic bombings fade with each passing year.

Certainly, this is not a book for everyone, but its timeless message is.