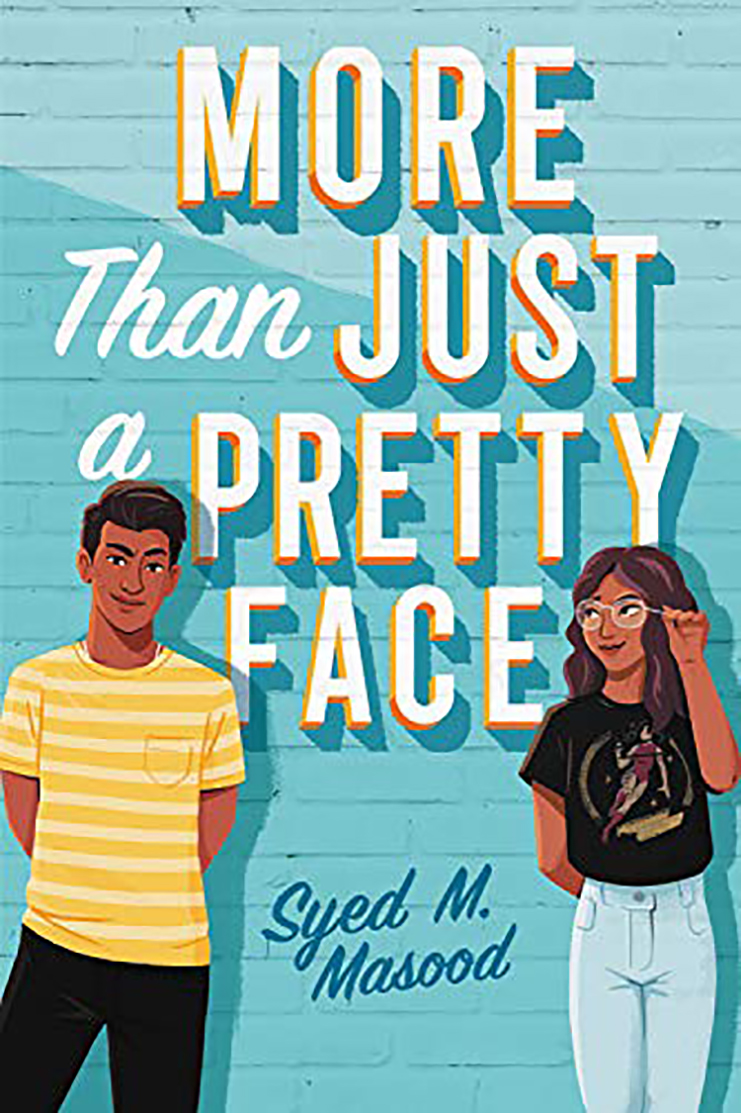 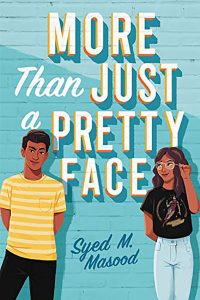 Syed Masood’s debut YA novel More Than Just a Pretty Face is a teen romance with Pakistani American protagonists. Set in San Francisco, the novel’s focus is Danyal Jilani, a 19-year-old senior at an elite prep school. His parents are middle-class Pakistanis who stretch their family finances to give their son an education they believe will set him on the path to success.

Danyal, however, is a disappointment to them. His grades are abysmal, and he repeated 7th grade. He cares more about romance and girls and less about science or math, and he is the class clown. He does have one passion—he can cook. He is an apprentice at a French restaurant and finds solace, life advise, and community in the restaurant kitchen.

In the Pakistani American community, his biriyanis, dals and kormas are legendary, and he often cooks for his friends and family. However, his parents refuse to support his culinary ambitions and are convinced that his only economic future lies in an advantageous marriage. Thus, they begin networking in the community for a suitable bride. Danyal, however, is desperately in love with his best friend’s twin sister, Kawal. Kawal is smart, beautiful, rich, and as his friends and mother tell Danyal, not in his league. Kawal likes Danyal and is resisting her parents’ desires to marry her off to a cardiologist, and she tries to make Danyal over into her parents’ vision of an ideal son-in-law.

In this muddle, enter Mr. Tippett, the high school history teacher who nominates Danyal for the Renaissance Man academic competition much to the dismay of other students and Danyal himself. Renaissance Man contestants get scooped up by Ivy League schools and are super achieving and academically driven students—apparently, Danyal’s prep school is filled with them.

Danyal has to write a paper on Winston Churchill and give a speech on his research at the competition and the prospect of this project fills him with dread. His parents introduce him to Bisma Akram, an attractive and modestly well-off college freshman at UC Berkeley on track to get a degree in microbiology. On their first arranged coffee date, Bisma confesses that she had been indiscreet in the past and had hooked up with a white boy at a party. That incident had been caught on camera and the video was all over the internet. Although her parents managed to suppress the viral video, the stories follow Bisma who is deemed flawed and problematic because she is no longer a virgin.

Predictably, Bisma and Danyal build a meaningful relationship. She helps him with his Churchill project and he writes a solid anti-Churchill paper much to his teacher’s dismay and his father’s pride. He discovers that Kawal is shallow, and all’s well that ends well in the world of teen romance.

Masood’s novel offers a welcome diversity of characters in the YA world—Pakistani Muslim teens and their lives. The novel shows the characters to be “normal” American teens with their romantic dramas and academic struggles. He also satirizes South Asian parents and their obsession with their children’s academic achievements.

His Muslim protagonists are heterogenous—the class clown, the diva, the nerd, the religious seeker, the gamer. However, the teens inhabit an odd high school world—it’s profile feels more like an elite school in Pakistan than one in the Bay area with the focus on Churchill in the history curriculum and little mention of the usual aspects of American high school life from sports to prom to SAT/ACT prep.

The arranged marriage theme where the teens conveniently fall in love with those their parents choose is a common one in South Asian YA fiction as the writers seek to find a mid-point between South Asian and American values. Alas, it also suggests that we are all better off if we marry our own kind and that teen marriages are ideal ways to control sexuality.
The novel is delightfully escapist (if you suspend your feminist politics). With so many of our teens socially distanced and yearning for a return to their everyday life, this narrative might be just the right one to take them to a different world even if it is for only a few hours.