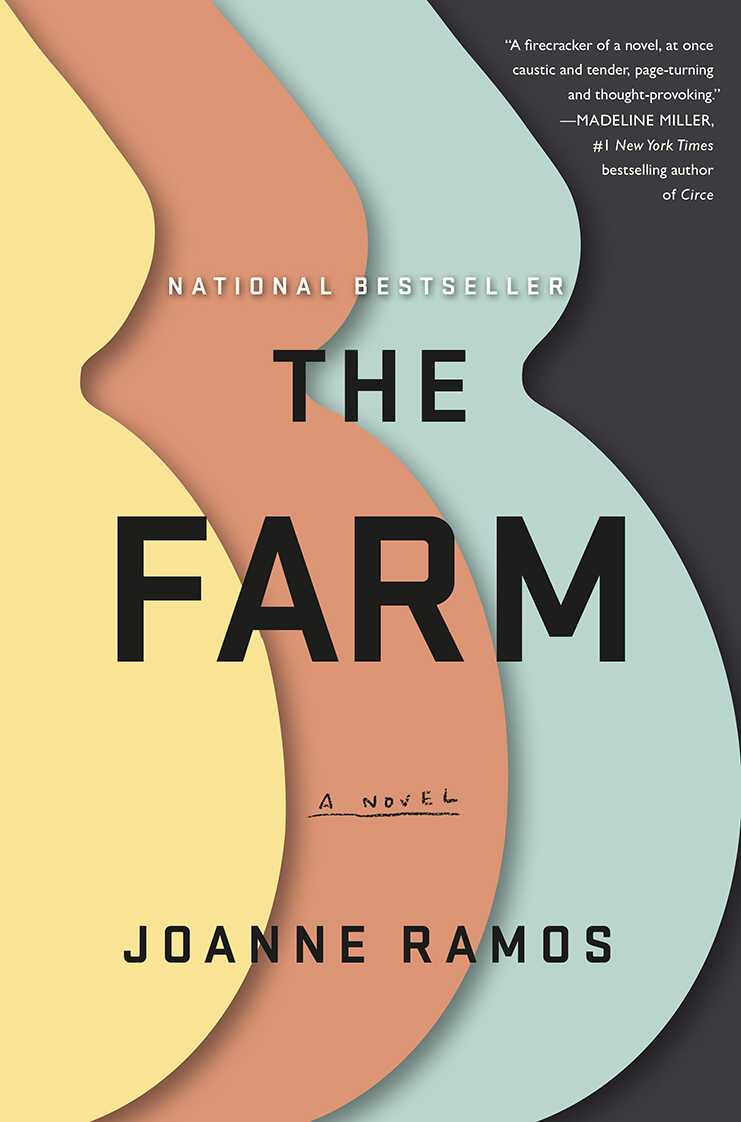 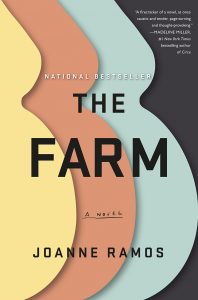 I’ll say immediately that is a strange time to be writing book reviews, not because books are less important or because folks read less but because when I said yes to reviewing these books, it was before the eruption of a global pandemic and worldwide civil protests against the state-perpetrated murder of and violence against Black people. What place do a novel and a collection of essays from two Filipina-American writers, grappling with the legacies and consequences of colonialism, late-stage capitalism, and white supremacy, have in this present context?

Perhaps because both Joanne Ramos’ novel, The Farm, and Cinelle Barnes’ Malaya: Essays on Freedom speak to proximity to the power and privilege of white supremacy concurrent with discrimination and invisibility. Both Ramos and Barnes portray and survey various intersections specific to Filipinas and Filipina-Americans living in the U.S. as non-Black women of color who emerge from the history of the United States’ colonization of the Philippines. Ramos and Barnes render in detail these sites of privilege and oppression where race, gender, nationality and class intersect.

Joanne Ramos’ novel, The Farm, is the story of Golden Oaks, a “gestational retreat” for “Hosts” (surrogates to the rich and powerful) told in the voice of four women: Jane, a half-Filipina, half-White, single mother to her daughter, Amalia, and a Host; Ate, Jane’s older cousin, who’s been an OFW (Overseas Foreign Worker) baby-nurse for many years in the U.S. and who recruits Jane to “the Farm;” Mae, the cutthroat, but not totally soulless, half-Chinese, half-White brain behind and manager of Golden Oaks; and Reagan who is, as Mae calls her, “the holy trifecta of Premium Hosts”—White, pretty, and educated.

The voices of these four different women—their experiences, assumptions and perceptions of the world and one other—create irony and tension in satisfying ways throughout the novel as Ramos takes her readers through a thought-provoking and hard-to-put-down story, which interrogates the realities and pressures of motherhood across race, nationality and class while asking the reader to ponder what sacrifice means within that context. 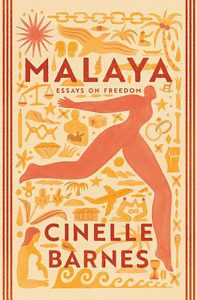 While Joanne Ramos’ The Farm tells its story in multiple voices, Cinelle Barnes’s Malaya: Essays on Freedom, uses her singular voice to explore a variety of aspects of her life: surviving trauma, living and working as an undocumented person, and relocating to and raising her mixed-race White and Filipina daughter in the South as a non-Black woman of color.

The most effective pieces of Barnes’ collection render the “personal as political” via sharp details and wide lens, such as the essay, “Genealogy,” which opens with the family history (of white settlers and sons and daughters of the Confederacy) of Barnes’ husband and develops into Barnes’ interrogation of that history via her own personal history of first meeting, eventually marrying into, and forever changing this family. “Genealogy” is demonstrative of the collection’s finest qualities and the power of the personal essay to refract the intersections of complex histories, our present moments, and our agency (or lack thereof) therein.

A cento, is a literary work made of quotations from other literary works, reordered in a new way. The word, cento, comes from Latin, “patchwork garment.” The present moment has my thoughts in a kind of patchwork. Reading these two books in conjunction, both recent works from talented Filipina-Americans, I was struck by the conversation between them. Ramos and Barnes (sometimes directly, sometimes obliquely) interrogate the intersections of the oppression and privilege that Filipina and Filipina-Americans in the the U.S. particularly face and, in doing so, speak to the simultaneous realities within our communities: the refractions and reverberations of colorism, classism, poverty, upward mobility, anti-Blackness, privilege and oppression. To close then, a cento made from both texts, which I hope illustrates the place The Farm and Malaya have within acknowledging the histories of our communities as well as the necessary and difficult conversations of our present moment:

“I describe not only those who have oppressed me but also those I have enabled, those I have propped up, those I have stepped on. If I am going to write about freedom, especially at such a time, I must be comprehensive. I must tell myself things, too.”

“What she is low on are non-Black Hosts. Really, Mae muses, what she could use are a few more Filipinas—they are popular with Clients, because their English is good and their personalities are mild and service-oriented. Mae herself is partial to Filipinas because of her housekeeper growing up, Divina. Mae’s mother tried to use Divina’s appearance to scare Mae into wear sunscreen (“You have your father’s skin, Mae, do you want to end up looking like Divina?”), but her fear mongering was ineffectual, at least in those early years, because young Mae didn’t find Divina ugly. “

“The word Ita is a transposition of some letters from the words Aeta and Negrita, the latter a diminutive of Negra. Black. When Miguel López de Legazpi docked his ship in the name of Spain in 1564, it was the highlander people of the Aeta tribe he referred to as Negritos. And it is this fear of Black skin, Black culture, Black sophistication and intellect that be passed down to governor after governor, and from governor to governed. My family is Catholic; we love our neighbors as ourselves. But we do not love ourselves. We’ve been taught, the enemy is us. The enemy is me.”

“Ay, if only Ate had been born in America! She has a head for business, people have always told her so. And she is not afraid of hard work. By now she would the rich—maybe not Fifth Avenue rich, but close. Romuelo would be sober. Isabel could finally rest. Ellen would be married. And Roy would have the best doctors— specialists that do not even take insurance. A whole team of them. Because in America you only have to know how to make money. Money buys everything else.”

“She is half-White, after all. Born here, she has never known the threat of getting deported, has never been left behind, taken, given. These are things I prayed she wouldn’t have to endure, but these are also the things that keep me from knowing what it’s like to be her.”

“Jane does not believe people are as free as Reagan thinks they are. Sometimes a person has no choice but hard choices.”

“Being Filipino can mean that we are in the in-between, what scholars have called racial triangulation, or the reality described as the Asian/Asian American having to choose between supporting Whiteness or unhooking from it.”

“Cherry, Angel, Mirna, Vera—most the women Ate knows have left their children behind to provide for them. Does Jane think she is the only one to sacrifice? That only she is needed by her baby? Ate herself has been away from home for twenty years. Does Roy not need Ate, too?”

“I remember that S asked if I wanted to be buried here one day, too. Yes, I’ll join the Clarsons here. I’ll pay for the lot. I’ll design a headstone: a marker in the shape of an eight-rayed sun, the Philippines emblem, painted in the jewel tones of my islands. The epitaph will say: Married into this family and told stories—stories that dragged them out of their fiction.”