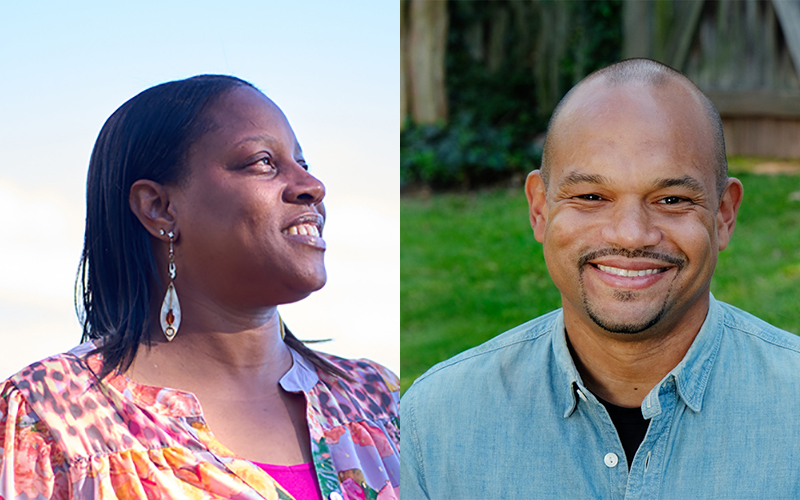 Amidst this Tuesday’s national elections, the representation of Washington’s 37th legislative District 37 — which includes the Chinatown International District and swathes of South Seattle — will be contested. Throughout South Seattle, candidates Emijah Smith and Chipalo Street are challenging each other for state representative Position Two. The seat is up for grabs following incumbent Rep. Kirsten Harris-Talley’s decision to not run for reelection.

Smith, a Democrat, was born and raised in Seattle’s Central District, working in the past with Odessa Brown Children’s Clinic, Children’s Alliance of Washington, and King County Equity Now. A University of Washington alum with a Master’s in Public Administration, Smith has a long history of public administration and community engagement.

“This platform is about healthy families and healthy communities,” Smith said. “Connecting communities in every corner of our district to decision-making spaces where we belong. … We want stable and affordable housing, affordable health care, [and a] public education system that values all students.”

Street, also a Democrat, moved to Seattle after graduating from Brown University with a Master’s in Computer Science. Street is placing a large focus on technology accessibility in underrepresented areas such as the Chinatown-International District, co-founding and developing curriculum for the Teacher Scientist Partnership at Technology Access Foundation Academy. Street is now working at the Microsoft Office of the CTO as Principal Program Manager.

Both Smith and Street are first-time candidates, and they share their concern for the CID’s housing needs, putting focus on uplifting BIPOC voices in the community. Houselessness and gentrification, especially affecting people of color, are continuing concerns.

Smith’s platform focuses on predatory housing practices that have historically ailed the 37th. Over time, such practices have largely targeted low-income families of color, causing population to swell in apartments and other non-permanent housing. Smith said that solidarity with the residents of the CID is key — the office of representative must be in solidarity with the people.

Street is also concerned about the construction of Sound Transit’s light rail expansion, which could cut through the CID and disrupt the neighborhood. Namely, how CID residents are not being adequately included in the discussion.

“CID has been front and center in many of these transit discussions,” Street said. “I-5 cut through it, Streetcar went through it, and now light rail is coming through it. The needs of the community haven’t always been heard. Making sure that we respect and understand not only what’s happening right now, but how … the community has not been listened to or [how] past promises have not been fulfilled, should inform how we go forward in other decisions as well.”

Each of the candidates are also focused on the safety of the district, as well as maintaining the cultural integrity of the CID along with the rest of the 37th.

Both Street and Smith have pledged to use their powers as state representative to include the communities of the 37th in legislative discussion in Olympia. Smith has raised concerns about the language accessibility of bills — she wishes to have them available in more languages so all residents of the 37th can read them.

In addition, Street wants to use the state representative’s power not just to vote, but to convene, especially regarding matters such as the light rail expansion and the planned (and later abandoned) King County shelter in SoDo on the edge of the CID.

“One of the things that’s really important is understanding the power of your office to convene outside of the creation of laws and the distribution of tax revenue,” Street said. “We should definitely be able to use the weight of our office to weigh-in as to what we think is right, and bring members of the community to those conversations so that they can also advocate for themselves.”

Smith puts it as follows: “If we can be powerful with our voice, we can also be just as powerful with the vote,” she said. “That’s why I stepped in as a first-time candidate, to be that bridge builder for our vulnerable communities.”

All mail-in and in-person ballots are due Nov 8.