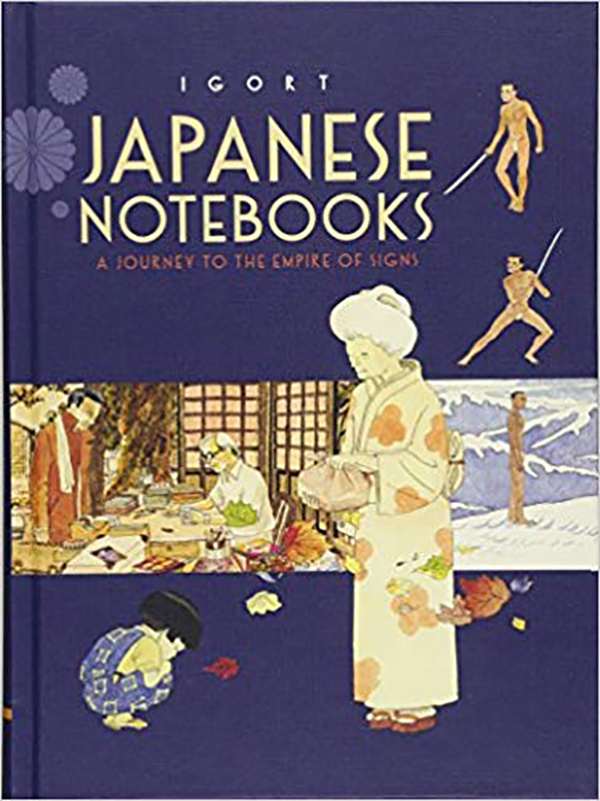 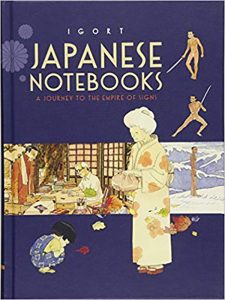 If you have never entered the world of manga or have dismissed it for whatever reason, two books intend to change and widen the perception of manga, not only for the uninitiated, but also for the ardent fans, and do so by very different means.

Hokusai X Manga: Japanese Pop Culture Since 1600 makes the case that many older cultural and historical forces shaped the evolution of manga into the popular form that is known today. It seeks to show that such esteemed artists such as Utamaro, Hiroshige, Kuniyoshi and Hokusai provided the pathway for manga’s development, by laying the groundwork for creating a narrative style and a visual language based on certain themes.

Although it may not seem so today, but in their own time, these artists were largely creating art for the consumption of the common man, and not for the elite. The depictions of worlds beyond, inhabited by ghosts, monsters and exotic places have parallels in the manga that became popular in the 20th century. It should not surprise anyone who knows Japanese horror films, that the grotesquely disfigured ghosts and monsters in those artists’ paintings were predecessors of what was to follow.

In the late 19th century, artists such as Hokusai created sets of sequential illustrations with accompanying text. Even though these are not nearly the fully realized manga of the 20th century, certain similarities are difficult to ignore.

Hokusai X Manga is the accompanying book to Hamburg’s Museum für Kunst und Gewerbe exhibition of the same title. It is visually rich and generous in reproductions, and these carry the narrative much like the manga does with sparse text. Chapter essays are minimalist, but in general, satisfying. However, because these essays are by different experts, a single coherent and continuous argument for the connection between classic Edo period artists to modern popular culture art is less convincing than could be.

There is not an equal weighting of old and new art – a good two-thirds of the book is devoted to classic Japanese art, and modern manga examples are significantly fewer in number, disappointing some. However, the plethora of illustrations, organized topically, is thought provoking and could change the way people view modern Japanese popular culture.

Even more successful is Igort’s Japanese Notebooks: A Journey to the Empire of Signs. For many, seeing this book will be an experience in itself as well as a revelation of the literary value of a well-executed manga. Igort is a multiple-awarded author and illustrator, and Japanese Notebooks may be a crowning masterpiece of his very long career in the genre.

Hard to peg into a genre, Japanese Notebooks is part travel journal and personal career diary, part Japanese history and cultural discovery – and its content is finely cast in a sculptured and coherent narrative, although it may not seem so at first.

But it is the diverse manga illustrations that carry the day. There is everything from impromptu sketches and caricatures, to line drawings and illustrations of photographic realism, and style changes are not without purpose. His skill apparent, such changes mark topic shift and convey a sense of a specific time or place to the story, as well as authenticity. Warm sepia shades evoke early 20th century pre-war Japan photographs, for instance, and his mimicking of the style great Ukiyo-e artists brings to the fore that era similarly.

The overarching rationale for this book was Igort’s journey into the heart of Japan’s manga publishing industry in 1991, when he was hired by Kodansha to create a manga series. His journey from Italy to Japan as an outsider into learning the inner subtleties of Japan’s secret ways comes with bumps and missteps, with many a history and life lesson learned on the trail. He suffered the brutal demands of his Japanese editor, whose methods make an apprentice samurai’s journey look easy.

Igort writes about quirky topics of Japanese history and culture that interest him, defying convention while adding a personal stamp on everything he does. Although the abrupt shifts to historical topics and sidebars may seem initially jarring, readers will join the journey of discovery and settle in with the book’s rhythm. Though not explicit, some of the topics are of an extreme adult sexual nature, so Japanese Notebooks is clearly not for children.

Igort’s writing is sparse, concise, and effective and pairs well with his illustrations. So well-crafted is his writing at times, it takes little to imagine him as a fine novelist.

But in the end, it is the way his illustrations tell his story that impresses. Turning the final page serenely and closing the book is the end of a satisfying journey filled with lasting and vivid memories for Igort and the reader alike.