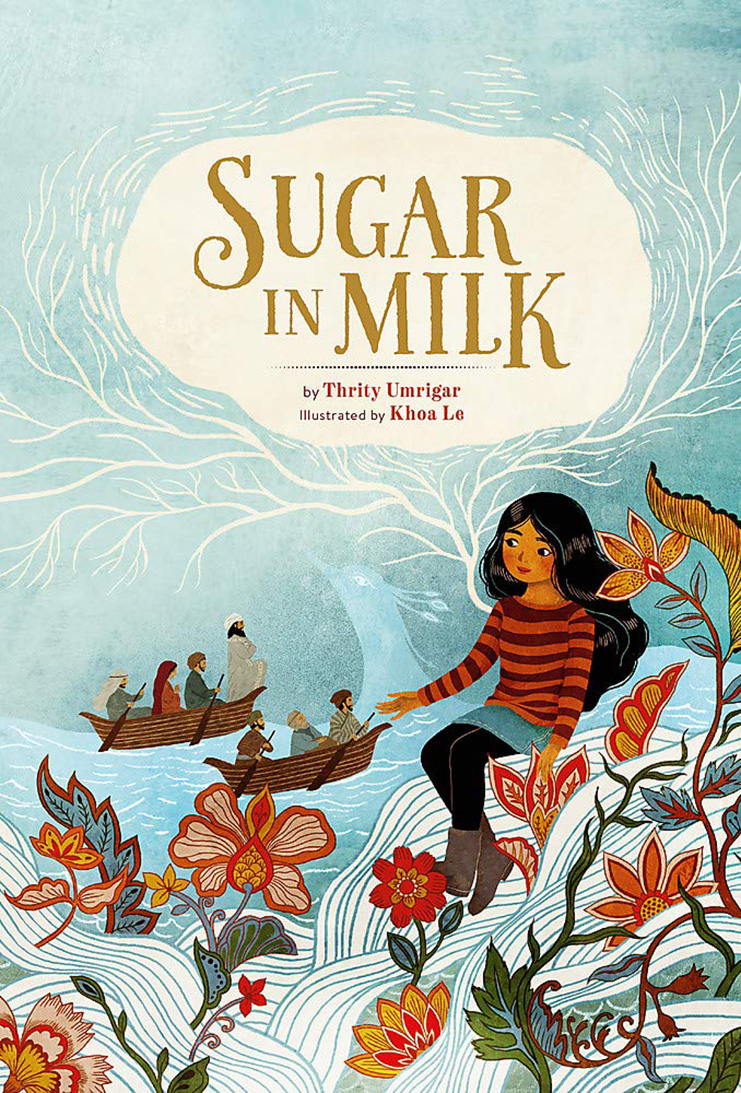 Children suffer the most when people are displaced from their homes through natural means and/or human depredations and violence. Without their volition and against their wishes, they are uprooted from the safety and security of their homes and made to undergo harsh circumstances in faraway lands. And yet, their trauma and their stories often go untold. These two books seek to redress that disregard. 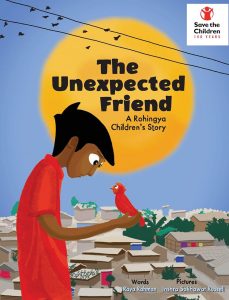 The organization Save the Children has dedicated this book to Rohingya children who escaped Myanmar and are living in dreadful circumstances in refugee camps in Bangladesh. But even there, their resilience allows the children to seek joy in little things. This is depicted with great care and thoughtfulness in this book.

A young boy lives with his friends and family in a refugee camp. Despite the hardships of rationed food and facing the dangers of the forest for firewood, he is content to be with his family and friends. One day, he finds a bird with a broken wing and decides to nurse it to health.

However, by the time the bird is healed and ready to leave, the boy does not want to say goodbye. But the wise, kind boy realizes that just as he has healed from his displacement and is meant to live in freedom in the new country, the bird has recovered its health and needs to be free to live among its own. 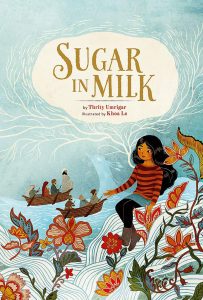 Sugar in Milk by Thirty Umrigar, illustrated by Khoa Le

Embracing a new place while yearning for the old one is a delicate dance all children who’ve been forced to leave their homes face. With enormous sensitivity and skillful art and storytelling, Umrigar and Le engage children into the plight of overlooked kids in their midst, while at the same time ensuring that those displaced feel themselves seen in the pages of a book.

A little girl has been sent by her family to live with her relatives in America. She is lonely in a new land with new people and hungers for the people she loves. One day, her aunt tells her a story, hoping the little girl will find inspiration – and peace.

In the ancient land of Persia, there lived a group of people who had to flee their homes to seek refuge elsewhere. Day and night, they faced the perils of the sea, and at last, reached a coastal kingdom in India. But the king did not want unknown people disrupting their way of life with foreign ways and language.

Unable to communicate, cleverness came to the rescue of both sides. The king filled a glass of milk to the brim to show how crowded his kingdom was. The Persian leader added a spoonful of sugar and carefully dissolved it fully. Without speaking a word, they each understood that the visitors mean to embrace the life in the king’s land and add joy with their presence.

The little girl understood. She carried a packet of sugar in her pocket to remind her to engage with the people around her. And the more she embraced the change in her life, the more she felt accepted. America had become her home now.