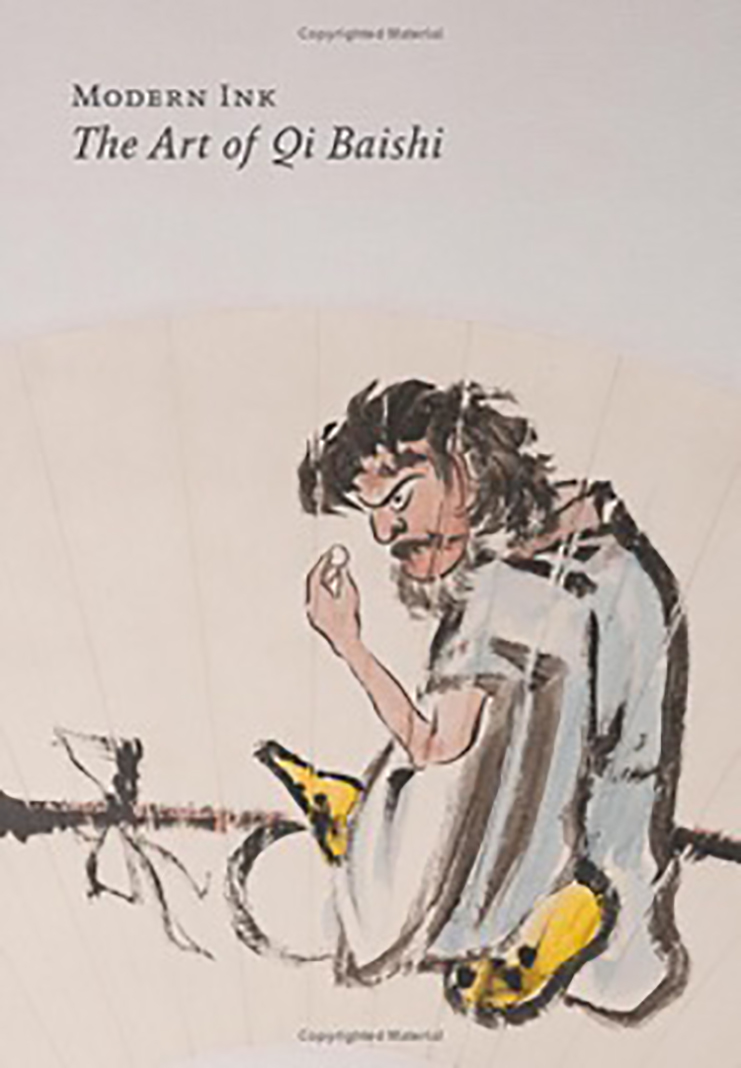 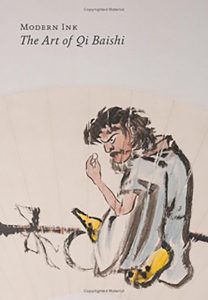 The Modern Ink series features innovative painters starting from “the first Opium War in 1840 and ending with the beginning of the Cultural Revolution in 1966. [The period] was characterized by profound political, economic, and social upheaval as China transformed itself from a feudalistic monarchy to a modern nation.” Art also underwent revolutionary changes, synthesizing old, new, East, West, tradition and individuality.

Xugu and Qi Baishi present most striking contrasts. Xugu (1823-1896), was from the beginning of the modern period, and Qi Baishi (1864-1957) lived and worked almost to its end. Xugu was a Buddhist monk, and Qi was a man of the world, with two wives and many children. Xugu was a one time high official, and Qi came from a poor farming family. Xugu produced few paintings, and Qi was one of the most prolific and popular Chinese artists of all times. Despite all these differences, both used everyday subject matter to express their innermost feelings.

Both of the books are absolute pleasures to read. They promise and deliver on “rigorous visual analysis” and provide beautiful illustrations of the art. I also really appreciate that every inscription and seal were transcribed into standard Chinese script, and translated into English.

Both books are readable by anyone interested in Chinese art. And they explain and illustrate some of the basic concepts. Of course, a reader knowledgeable about Chinese art history and/or techniques will get deeper insights.

Xugu was not a prolific artist, and his few surviving works are seldom exhibited. So this book may be one’s only encounter with this amazing artist, whose “uncommon vision and highly individual style raised him above his contemporaries, and he continues to astonish us today.”

He was a Chan or Zen Buddhist, and his work has that purity associated with Zen. The artist is one with his painting. The brush moves with no forcing by the artist. We see and enjoy every brushstroke. No more and no less.

Xugu has such an individual style that he stands out among Chinese artists. The book presents wonderful examples of his “humorous depiction of animals”, “deconstruction of form” into geometric shapes, and “abstraction in composition”. The wonderful photos of the works, together with close-ups allow us to see brushstrokes clearly, very important in Xugu’s case, and the way he writes his characters.

For a non-expert, it would have been useful to see comparison of Xugu’s works with works of his contemporaries to illustrate how distinctive his style was at the time.

His work is so obviously not about likeness that our eyes quickly and naturally savor the other creative gestures: line, brushwork, composition, color. And through these gestures, he brings out hidden qualities like humor, whimsy, life, movement, pleasure, and mood.

Two small criticisms about the book. Illustrations of folding fan paintings are split into two pages by the book centerfold, which makes it hard to appreciate the entire composition.

And sometimes, the authors describe fascinating details that I wish there were more close-up pictures for me to appreciate what they are saying, as in how the narcissus coronas mirror the cat’s eyes in one painting.

Again, I thoroughly enjoy getting to know Xugu better. His art gives us such simple pleasures for our own stressful times, as he is one of these artists who “are hardly noticed during their lifetimes but catch fire and shine brilliantly after their deaths.”

The Art of Qi Baishi

By contrast to Xugu, Qi was one of the most well known artists in his lifetime. Patrons lined up to buy his work. And his popularity is still exploding. He is a darling of current art collectors; a single painting can fetch over $10M.

With all this hype around Qi, it is delightful to read a down-to-earth book about his life, and look at some of his masterpieces, large and small. A reader will have no trouble falling in love with Qi’s art; his animals are full of life; his brushstrokes sometimes have the innocence of a child, and sometimes the brilliance of a fine craftsman.

Qi is a master of calligraphy, seal carving, and painting, and the books gives abundant examples of all three disciplines. The book also helps us see how Qi brilliantly mixes all three in a composition, to achieve balance, and to lead our eye.

Qi’s beautiful details are based on his close observation of nature. In one painting, the butterfly’s wings are rough along the edges, revealing that it is near the end of its life.

While Qi’s work may remind us of folk art in its naivete, in its unassuming and organic style, the work sometimes has powerful messages. The book guides the reader into this hidden world of meaning. A simple picture of chrysanthemums can be seen as a self-portrait by the knowing viewer who understands the literary reverences and the Chinese love for nature’s splendor. In two paintings of eagles presented one after the other, the first eagle is proud and strong, the second is more sly and furtive. The second eagle’s posture and glance, and the inscription together subtly reveal Qi’s distaste for having to paint the painting for China’s Japanese occupiers.

Finally, we come to the tour de force illustrated on the cover, the painting of the immortal Tieguai Li. Reading the two Modern Ink books must have given me lots of practice in looking, and I think I’ve made a discovery in this painting. The immortal is barely six inches high, but it is a masterpiece of brushwork and gesture capturing a personality. Through this portrait, Qi vents his feelings towards the people who look down on his artwork. And the yellow gourd may be the earliest obscene gesture in a Chinese painting I’ve ever seen.