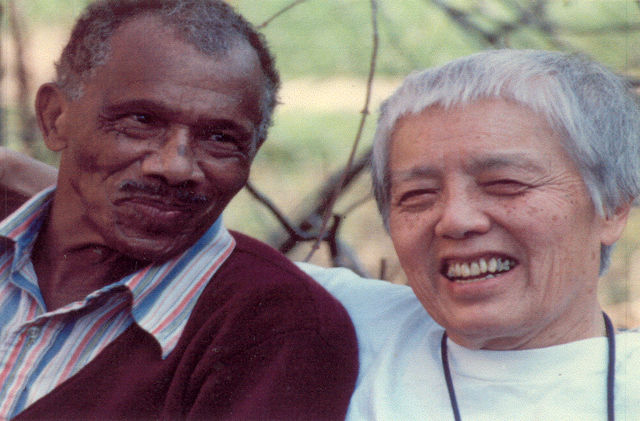 “America,” my father often said, “has the worst history ever.”

I was torn, because he also said, “listen to your teacher.” And listening to my teachers, America didn’t seem so bad.

Regarding plantations: I heard, “I think it just depended on the Master; if you had a good Master, life was good; if you had a bad Master, it was bad,” go unchallenged.

Regarding labor unions: It was the same, “the owner should have the right to do what he wants. It’s his business. If they don’t want to work, they can quit.” (I guess that’s the difference between an “employee” and a “slave.” An employee can quit, while a slave can’t?)

I hated to be the only one commenting on the side of the laborers, and I sometimes would pop up and say something, and everyone would stop … then go on with their comments.

My teacher, Mr. H came to me after such a class. “Bob, you know, that poor people don’t make revolutions; they don’t have time. The middle class makes revolutions.”

A quick conversation at a meeting over a year ago

Older white woman: I don’t think we should be using language that would drive people away from working with us on any given issue. We need to work with everyone that agrees with us on the issue at hand, whether they’re racist or not.

Younger Brown woman: I certainly don’t want to work with any racists.

Older Black woman: You just rejected a whole lot of people you don’t want to work with. Who are you going to work with?

The worst history ever? At least the last 500 years, for sure

Americans are the least educated in the world. We’ve been taught a false narrative from the beginning. The fake news didn’t start with the current fake in the White House. The fake news started with “Columbus sailed the ocean blue” heroically because everyone thought the world was flat. Columbus knew the world was round. Sailors knew the world was round. He was just a full-time bully, murderer, and pretty much worse guy than Trump could ever be … (hmmmn, well, maybe not). And because of what we were taught, the rest is “history,” … well maybe.

When we talk about the future, we need to recognize that (1) our consumer-based world economy is broken, and (2) the environmental crisis that we find ourselves in offers opportunities for a systemic change needed to ensure that ALL people can share equally in the resources available. We also need to heed the words of Naomi Klein, who said to a 2014 audience at the King County Labor Council: “People who have been on the front line of our toxic economy should be the first in line for any benefits of the New Economy. … The first beneficiaries should be the indigenous.”

This idea is not new. In 1974, James and Grace Lee Boggs had written in Revolution and Evolution in the Twentieth Century:

The revolution to be made in the United States will be the first revolution in history to require the masses to make material sacrifices rather than to acquire more material things. We must give up many of the things which this country has enjoyed at the expense of damning over one-third of the world into a state of underdevelopment, ignorance, disease, and early death. … It is obviously going to take a tremendous transformation to prepare the people of the United States for these new social goals.

So, can we just stop talking about diversity? Diversity is just a sideshow to not doing anything. We need to ensure that the non-majority white population accepts that power must be shared and the 500-year fake narrative/history of white supremacy be abolished.

Slogans like “Make America Great Again,” “Nothing’s Wrong With America,” and “We Need to Rebuild a Strong Middle Class” are insulting to those who have faced exclusion, incarceration,  torture and genocide.

In Bob’s perfect world, we would build and strengthen the long-ignored class, which has been doing the heavy lifting for millennia. If you’ve followed “Fo’ Real” columns, you know who I’m referring to: Women of Color.