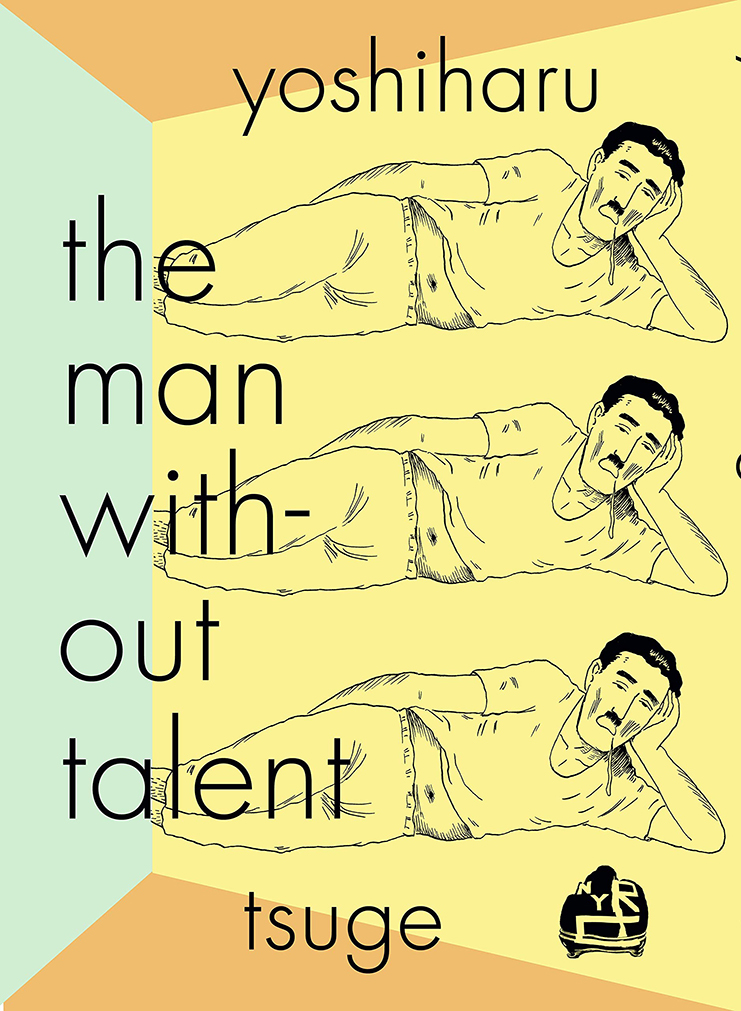 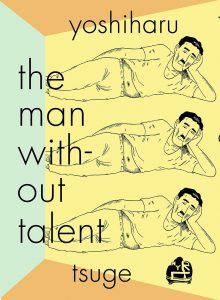 For many years, those, like myself, who rely on English translations to read manga, have heard intriguing hints about a Japanese comics creator with a cult following: Tsuge Yoshiharu. Only small samples of his work have been translated, including his short story from 1968 Neji-shiki, which was republished in an issue of The Comics Journal in 2003. Tsuge has a reputation as a singular genius, an eccentric whose pathbreaking manga were recognized for their literary qualities by otherwise comics-phobic Japanese intellectuals of the 1960s. Finally, with Ryan Holmberg’s translation of Munō no hito as The Man Without Talent, we have a chance to read a full-length book of Tsuge’s manga in English.

Munō no hito was originally serialized in 1985-1986 in a comics magazine with a circulation of only 2,000 copies. Since then it has been republished repeatedly, and been the basis for a successful film. Holmberg calls The Man Without Talent Tsuge’s most popular and most accessible work. Although it appears to be autobiographical, that impression is a deliberately-crafted illusion. (Tsuge’s fans have carefully picked apart its factual and fictional elements.)

Most of the stories in The Man Without Talent are about the main character’s entrepreneurial efforts to get past being an acclaimed but broke cartoonist and start a small business that he can operate by himself. One of his ideas is to rebuild a foot bridge that people had used when going to the race track across the Tama River. At that point, he has spent a year in a hut next to the river, unsuccessfully trying to sell the too-ordinary stones that he collected from the nearby Tama riverbed as suiseki (collectors’ stones whose beauty suggests a natural scene.) A third idea, to restore broken antique cameras, succeeds well enough, but then vintage cameras become a craze, and this inflates the price of broken, old cameras so he cannot afford to replenish his stock.

Holmberg had written a long, rich and deep chapter about Tsuge Yoshiharu’s Neji-shiki (which he translates as The Screw Ceremony) in his Yale University doctoral dissertation about the legendary Garo comics magazine in which that story first appeared. The 16-page essay that he has provided to introduce The Man Without Talent includes valuable background about what went into making these stories and how they achieved their critical and popular successes. That introductory essay should suffice to convince a reader with even a modest scholarly interest in manga that this volume is required reading.

As for whether The Man Without Talent is also enjoyable reading, first impressions can be deceiving. Halfway through this book, I noticed that I liked the artwork quite a bit, and I flipped back to the beginning to see whether it had improved. Only my appreciation for it had changed. As for the writing, Tsuge has described how he attempts to create in his readers a “lingering reverberation.” The Man Without Talent achieves this effect without requiring prerequisites.

I was shocked by a coincidence when Ryan Holmberg began his introductory essay by writing, “On most days, Yoshiharu Tsuge (born 1937) is at his home in Chōfu, a municipality 15 kilometers west of central Tokyo.” I have visited Chōfu on several occasions. Later in the essay, Holmberg adds that “If The Man Without Talent is primarily a portrait of a middle-aged man and his family, it is also a portrait of a place: Chōfu…,” and specifies its backdrop as Chōfu between 1981 and 1984. Tsuge has a famous interest in shabby inns and desolate hamlets, but I remember Chōfu in 1983 as an attractive, up-to-date, bedroom community whose most striking feature had been how its meticulously well-tended small farms (now gone) abutted its multi-story apartment buildings. I imagine that when Tsuge first arrived in 1966 to work as an assistant to the great cartoonist Shigeru Mizuki, Chōfu may have looked more like the slow and undeveloped area pictured in this book.

Tsuge, as his various fans do not tire of repeating, has suffered throughout his life from extreme social anxiety. Being a cartoonist gave him a chance to work with minimal contact with other people. At the time that he was drawing this book, though, cartooning had become increasingly difficult and he was looking forward to retiring and living off of social security. He felt as though he had become allergic to drawing comics: “whenever I picked up my pen, my hand trembled violently, my heart raced wildly with stress, and I felt anxious that my comics were guilty of some atrocious mistake.”  Tsuge Yoshiharu retired from cartooning the year after finishing The Man Without Talent, in 1987, and he has not created comics since then. Various web-posted videos in Japanese, English, French, Italian, Spanish and Portuguese show that comics fans continue to discover and enthuse over his work.