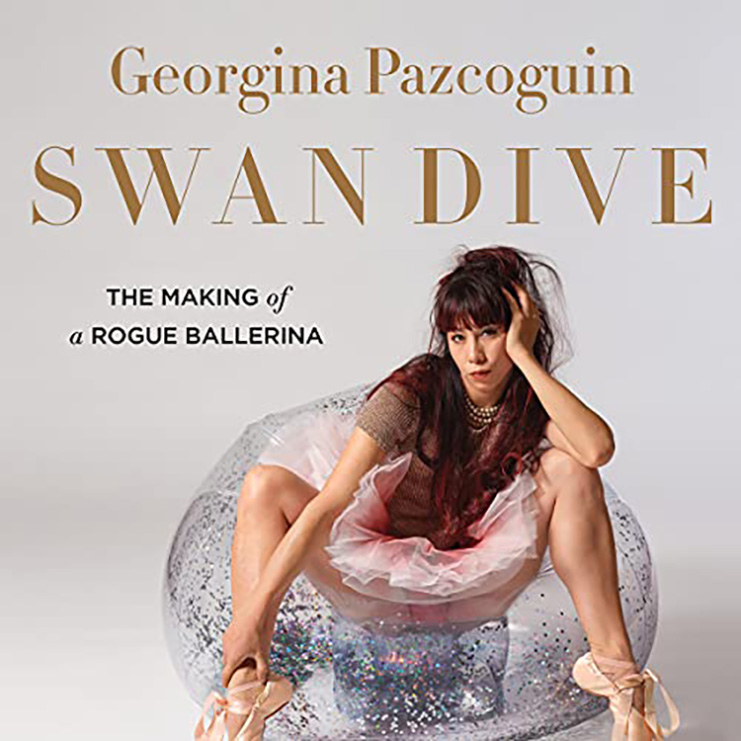 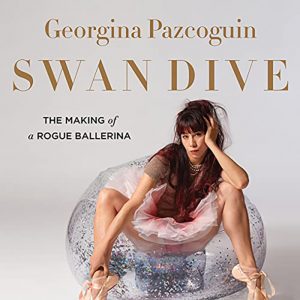 Georgina Pazcoguin’s memoir Swan Dive: The Making of a Rogue Ballerina reveals the toxicity in ballet culture that lies beyond the lights, makeup and perfect hair buns in all those ballet productions much like the stripping of a pointe shoe reveals bloody, traumatized toes instead of a healthy, well-manicured foot. The first female Asian American soloist in the New York City Ballet, Pazcoguin shatters the pretentious, prim and proper image of a ballerina by recounting her life in a seemingly raw and unfiltered manner.

Dance has been a focal point of Pazcoguin’s life. Pazcoguin was raised in Altoona, Pennsylvania by an Italian American mom and a Filipino dad. Pazcoguin was a restless toddler. Her mother signed her up for dance classes to have time to care for the other children. Pazcoguin states, “Most people find their purpose after college. I found mine at the age of four.” Her childhood was marked by incessant classes, rehearsals and recitals, leaving her feeling as though she were not a normal child. Her identity and lived experiences are heavily influenced by her desire to pursue ballet professionally.

Her memoir might be likened to a journal or letter addressed to a friend with her overabundance of expletives and nonlinear streams of consciousness. While reading this book though, you may be inclined to buy a neck brace to combat the whiplash of moving so quickly and discontinuously through time. Growing up, Pazcoguin’s experience with ballet culture was starkly different from what she would experience at the New York City Ballet under the artistic direction of Peter Martins. As a girl, Pazcoguin recognized her peers beginning to have eating disorders but did not bother to restrict what she ate. During her professional career, she was placed on a diet and received thigh liposuction. Martins’s company was also split into two groups based on who was of color, with the BIPOC group having fewer performances and roles which were limited to villains. Pazcoguin aspired to broaden her career, resisting Martin’s vision of what a ballerina was, and played Anita in West Side Story and Victoria in Cats on Broadway. It was on Broadway that Pazcoguin realized just how toxic the New York City Ballet was.

One must pay attention to all the details of Pazcoguin’s memoir to unearth and appreciate that, to Pazcoguin, her life itself is a dance. Her memoir is structured as a dance program one would receive at a performance, with Pazcoguin organizing her life into four major acts and cast members—people who played a major role in her life—acknowledged in the first few pages of the book. Scattered throughout the memoir, she gives 12 snapshots of her falling on and off the stage, reminding us that poise and grace are not constancies, even for ballerinas.

Additionally, Pazcoguin establishes the multifaceted identity of a dancer. Though professional dancers rehearse, perform, and attend some afterparties, there are some who, concurrent with their career, study for the MCAT. Pazcoguin learned how to butcher and obtained a real estate license. As passionate as she may be about dance, she recognizes that dancers have to find alternatives to their craft once their bodies can no longer sustain the workload or, perhaps, the work culture.

Paving the way for other Asian American dancers, Pazcoguin co-founded Final Bow for Yellowface, a pledge to implore ballet companies to eliminate Asian stereotypes from their dances. However, her brief mention of this seminal initiative feels like an afterthought and leaves something to be desired. What went into the arduous process of gathering support and pushing for institutional change?

Pazcoguin controls the narrative of her life now. She can eat her birthday cake and play the hero. Her story will feel familiar to those in the BIPOC ballet community and even the greater ballet community. She shows us that they can be themselves, they can triumph, and that they’re here to stay.