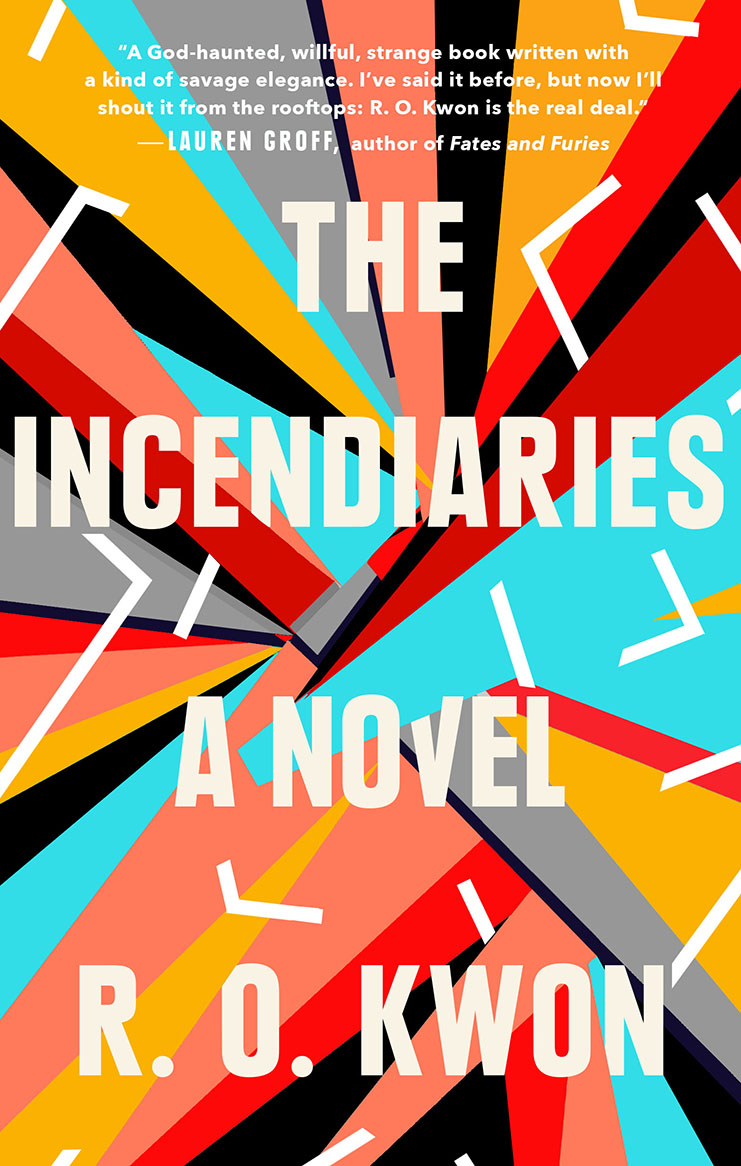 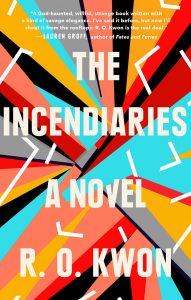 If one were to judge a book by its cover, The Incendiaries could easily be overlooked. Its diminutive size and lightness, although ideal for readers who still read hardcovers, could easily be overshadowed by its towering cousins on display stands in stores. Even a cursory skim through its pages would show that each chapter was somewhat short, and after a quick read through snippets of the text, the reader might conclude the narrative to be simple and uninteresting.

Nothing could be further from the truth, a concept readers might ponder over as they take on the story.

The Incendiaries examines the lives of three people as they struggle with some form of loss. R. O. Kwon’s first book, which took 10 years to complete, explores a number of complex issues—assault, grief, faith and religion, cults, terrorism and first love—through the eyes of three people: Will Kendall, an evangelist-turned-atheist/agnostic who transfers out of a bible college in California to attend an elite school in the Northeast named Edwards; Phoebe Lin, a fellow Edwards student whose bubbly and cheerful nature belies a burden of guilt she carries over her mother’s death; and John Leal, a former Edwards student, who claims to have served time in a North Korean gulag and creates a fundamentalist cult called Jejah. By the way, he walks around with no shoes.

The book starts off with violence: the bombing of an abortion clinic, five people are dead. Although the book is told through three perspectives, it becomes clear that they are really being told through Will’s eyes as he tries to empathize with Phoebe and John. Thanks to his evangelist background and the acute pain he still feels after having renounced God, he is in a position to understand the both of them as he grapples with the loss of Phoebe and what she may have done.

In the opening chapter, he narrates, “But this is where I start having trouble, Phoebe. Buildings fell. People died. You once told me I hadn’t even tried to understand. So, here I am, trying.”

Will is a scholarship student and was busy pretending to have a life he didn’t lead when he met Phoebe at a party. From the start, their relationship is based on lies as he tries to convince her he is from a privileged background like the rest of the student body, hiding the fact that he worked part-time at a restaurant located 15 miles from the school, that he often ate scraps and leftovers he found and that the clothes on his back were not even his style. In an effort to shed all aspects of his previous life, he creates a new identity for himself and spends most of his free time learning and adapting to this new culture.

Like Will, Phoebe also keeps secrets about her past which are not revealed to him until she is acquainted with John, a man who tracked her down after getting acquainted with her estranged father. In John, Will sees him for what he is, a man who is not unlike himself during his evangelist days, but as Phoebe devotes more of her time with Jejah, a rift appears between both of them as he tries to scale back her involvement with what he realizes is a cult, but what she sees as her saving grace from her grief, depression and unstructured life. Will’s desperation leads him to commit an unforgiveable act, ultimately severing their relationship.

This story is a love triangle of sorts, not with love, but with religion and the myriad roles and influences it can have in people’s lives. Perhaps it is Kwon’s homage to Christianity, a religion she gave up at the age of 17. Kwon’s penchant for poetry and melodic combination of words is demonstrated through her economic, yet beautiful narration. One can almost hear the rhythmic melody in sentences such as “I traipsed through town in ironed khakis, pocket Bible in hand, testifying” and “The nephilim at hand, radiant galaxies pirouetting at God’s command. Faith-lifted mountains. Miracles. Healings.” A powerful, relevant and contemporary story, readers will have plenty to mull over and think about as they ponder about the role of religion in modern society.

R. O. Kwon can be seen at Hugo House in Seattle alongside fellow writers Lauren Groff and Kim Fu on Friday, Nov. 9, at 7:30 p.m.