Tong Lam has always been interested in photography, especially American street documentary, but it was a passion he pursued separately from his academic career. Trained as a historian, his scholarly focus has been on urban transformation, especially in China.

In the spring of 2010, a group of photographers invited him to photograph a car junkyard in California.

“I had never paid particular attention to urban ruins before, but I started seeing them everywhere,” Lam said during a phone interview from Berlin, where he is completing a fellowship.

Four years and over 25,000 images later, his two worlds joined to produce Abandoned Futures: A Journey to the Posthuman World (Carpet Bombing Culture Press, Great Britain, 2013), which features his beautiful photographs of modern ruins from all over the globe with an insightful essay that helps us understand our fascination with urban decay. 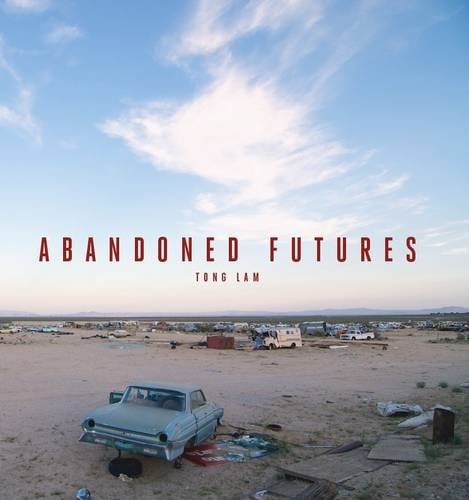 Remembering those first forays, Lam says: “We spent a lot of time at the junk yards doing night photography. Once you disappear into these spaces, it’s between you and the universe. You really feel how small you are. You are surrounded by these iconic automobiles from the 1950s and ’60s—this was the high point in American civilization. The feeling [then] was, ‘We can conquer the world, we can conquer nature,” yet [now] we have these car parts strewn around the landscape. We’re not really that invincible.”

Lam and the group of photographers who introduced him to “ruin lust” are certainly not the only ones seduced by the nostalgia of abandoned spaces. I too have been drawn to peeling paint on crumbling walls, with evidence of lives lived in now-empty spaces. There is a melancholy to these places that compels us to linger over that sense of longing and loss.

Lam’s graceful images certainly beckon one to linger. Absent of people, the photographs of interior of theatre halls, subway stations, places of worship are eerie. They are familiar enough that we can imagine ourselves inside and prompt us to consider our own demise.

The exterior ones, however, tend to elicit broader societal questions. Lam encourages these questions by not including titles with the photos, and by burying their locations—with the exception of those from Battleship Island and Detroit—within the text accompanying each section of the book.

“Images are meant to be provocative, to ask questions,” Lam says. “I’m functioning as a cultural critic instead of as a historian focused on specific details.”

Toward the beginning of the book are empty three-, four-, and five-story homes, topped with ornate balconies, the color of time streaking its walls. Lam explains that these were built during the early 1900s by Chinese sojourners who came back from America’s “Gold Mountain” to southern China. Eager to display their newly acquired wealth, the “prodigal sons” competed to out-build each other only to become bankrupt, their legacy grand but empty.

In one part of the book, massive worker dormitories, with splintered railings and collapsed roofs, form a labyrinth on Battleship Island, or Hashima, featured in the James Bond movie, Skyfall. These are ruins from Mitsubishi’s military industrial complex where over 5,000 people lived and worked during and after World War II. Another section focuses on our fascination with space and technology after World War II, with UFO-shaped homes littering subtropical islands as well as dense urban centers.

“If these were indeed the archeological traces of extraterrestrial visitors, they might fulfill our deepest fantasies about exotic outer space,” Lam writes. “But these are failures of our own making. We are therefore not lamenting the loss of an alien civilization. Instead, we are lamenting the hope, optimism, and confidence in progress prevalent just a couple of generations back, sentiments now alien to us.”

“There are underlying patterns in what has happened in different parts of the world,” Lam says. “The particular economic contexts are different, but [the build-up and the crash] happen again and again.”

While Lam doesn’t propose any explicit solutions, he says we should take a cue from some of the artists who alter these ruins to add their own meaning. In one photograph of New Orleans after Hurricane Katrina, Lam says, “‘free ride’ is written outside of [a theme park’s] roller coaster station, and ‘free gifts’ is written repeatedly outside the various gift shops. Aside from mockery and defiance, are these not expressions of a longing for a social and economic order outside of capitalism?”