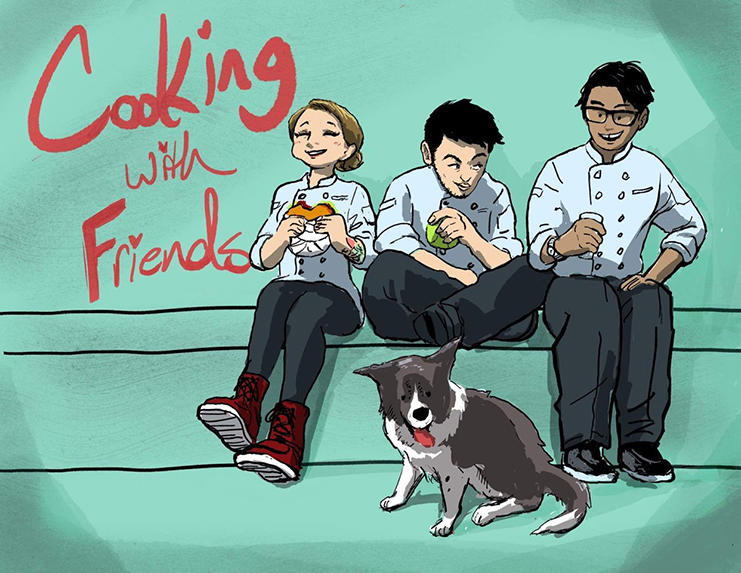 “Hands up, Utensils Down!

If you are a fan of Bravo’s hit series, Top Chef, you are likely familiar with the catchy phrase made popular by the show. And now in the show’s latest season, Top Chef Portland, you will likely recognize a familiar face from the Seattle’s culinary scene, Chef Shota Nakajima.

A James Beard Award finalist three years running, Nakajima, who was born in Japan but raised in Seattle, is already creating a buzz as one of the show’s front runners (he earned the title of “co-winner” on the second episode!). Now Nakajima is hoping to get the attention of food lovers in his hometown by auctioning off a private dinner at his Seattle restaurant this month to help feed low-income residents in the Chinatown International District (CID).

“Honestly, it’s great to see someone from Seattle who wants to serve the community he cares about,” said Joseph Guanlao, the development and communications manager for the Seattle Chinatown International District Preservation and Development Authority, or SCIDpda.

SCIDpda is a community development organization that will be the recipient of the money raised by Nakajima’s private dinner which he is hosting with two of his fellow competitors from Season 18 of Top Chef. Chef Sara Hauman of Soter Vineyards in Portland, Oregon and Chef Byron Gomez of 7908 in Aspen, Colorado will join forces with Nakajima to design and serve a multi-course menu along with beverage pairings for the auction’s six highest bidders.

On his Facebook page, Chef Nakajima wrote, “I am proud that 100% of the profits will go to fund the distribution of meals to low income residents in the Chinatown International District here in Seattle, prepared from restaurants in our neighborhood. Thank you guys for the endless support! I can’t wait to cook this meal.”

SCIDpda launched its meal delivery program at the beginning of the pandemic mainly to residents of the buildings in the CID the organization manages. Guanlao said many of these residents are elderly, and having ready to eat meals delivered right to their front door was critical. And he said with initial corporate funding to help kickstart the program, the money not only fed residents but helped many local restaurants stay afloat financially as well.

“It’s a win-win situation because we give the money to local restaurants for them to help prepare the meals and any revenue these places get can help keep their doors open,” said Guanlao. “The food they make not only helps the elderly but many multi-generational families in our buildings. We had food insecurity problems before the pandemic, and it had just gotten worse.”

Citing funding as an issue, the meal delivery program halted a few months ago. But SCIDpda is getting ready to restart the program with the help of recent fundraising efforts, and the organization said Chef Nakajima stepping in to help with this private dinner will go a long way to help those in need in the CID.

We reached out to Chef Shota Nakajima who passed along this message on what inspired him to host the event:

“I have many friends who own restaurants and bars in the CID and it’s been devastating to hear the reality of what they are experiencing,” said Nakajima. “I feel very humbled that the art of feeding people is something I can do to help the community. To be able to raise money that will go directly to these restaurants means everything, so we are calling all locals to bid high and help us boost the CID to be a thriving and safe place for everyone!” 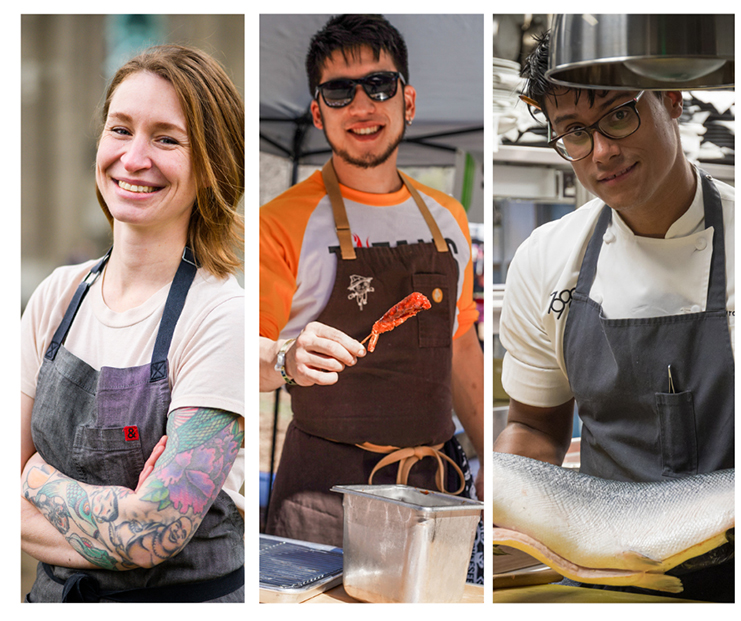 Cooking with Friends: A Private Dinner with Shota Nakajima & Friends is happening on Saturday April 24th from 6-9 PM.  The menu is a collaboration of all three chefs’ culinary styles built around fresh ingredients that are currently in season. Chef Nakajima’s personal cooking style is Japanese and seasonal Northwest Ingredients.

Here is the menu planned for the private dinner:

For more information about SCIDpda and how to support this nonprofit, you can go to https://scidpda.org