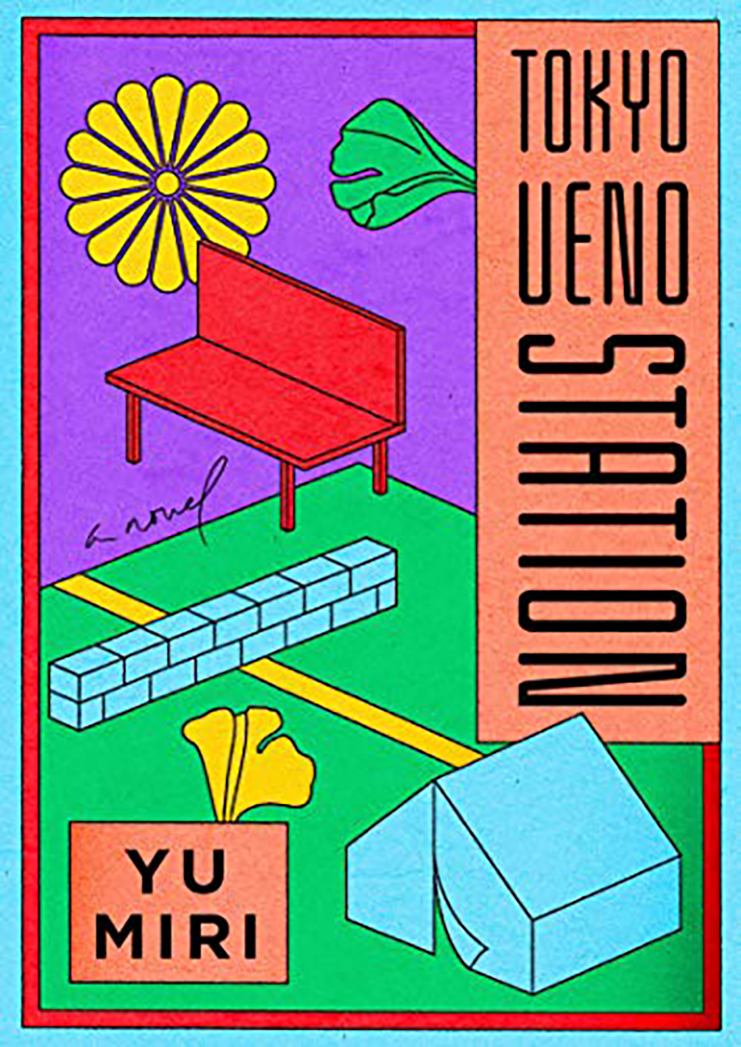 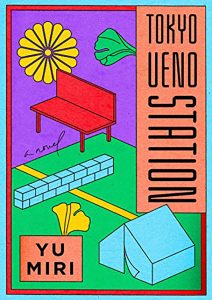 Ueno Park is one of the most popular parks in Japan. Celebrated for its museums, temples, and universities, the area is notable for another feature most visitors are eager to ignore: its sprawling homeless camps whose makeshift cardboard huts shelter some five hundred inhabitants.

These camps and their surroundings provide the backdrop for Tokyo Ueno Station, Korean-Japanese author Yu Miri’s brief but devastating novel about poverty, loss and the inequity of fate. The story is told from the perspective of Kazu, the spirit of a dead man who was once a part of Ueno’s homeless community but now finds himself “outside life looking in, as someone who has lost the capacity to exist, now ceaselessly thinking, ceaselessly feeling.”

Roaming the grounds of the park yet unable to interact with the people within it, Kazu’s spirit can do nothing but watch the world drift by and listen to fragments of passing conversation which recall moments from his own painful past. From these disconnected memories, readers gradually piece together the story of Kazu’s life and the cause of his death.

Born in Fukushima shortly before the Second World War, Kazu spends his youth supporting his younger siblings before traveling to Tokyo for better wages after he marries. He finds work as a laborer constructing athletic facilities for the upcoming 1964 Olympic games, willingly working overtime and sleeping in a cramped dormitory in order to send extra income home to his wife and children, whom he can only rarely afford to visit.

After enduring years of poverty and hardship, Kazu is broken by news of the sudden death of his 21-year old son. Returning to Fukushima for the funeral, he belatedly realizes the enormity of the toll exacted by his years away. Almost a stranger to his own family, he has missed the entirety of his son’s life. The day before the funeral, Kazu’s mother puts into words the refrain of his existence, “You never did have any luck, did you?” With its proceedings punctuated with poetic repetitions of Buddhist chants, Yu’s portrayal of the following funeral procession illustrates the author’s striking, inventive prose. Morgan Giles’s lyrical translation imparts a subtle grace to the narrative’s unrelenting tragedy.

Beset by other losses over the following years, an aging Kazu finds that there is no place left for him in the country he helped build, leading him to become one of the many homeless of Ueno Park. “If you fall into a pit,” he observes, “you can climb out, but once you slip from a sheer cliff, you cannot step firmly into a new life again.” From laborers to government officials, the diversity of the park’s homeless community underscores a central theme of the novel: the harsh truth that life is often shaped by events beyond one’s control.

Tokyo Ueno Station is a bleak, relentless tale. The author herself relocated to Fukushima after the destruction of the 2011 earthquake and her sympathy for the victims and anger at the government’s response echo through the book’s pages. Especially timely in light of the forthcoming Tokyo Olympics and their ramifications for the city’s dispossessed, it’s an unsparing story, but one that forces readers toward empathy for people like Kazu. People who, like him, believe, “I was doing nothing wrong. The only thing I was guilty of was being unable to adjust. I could adapt to any kind of work; it was life itself that I could not adjust to.”