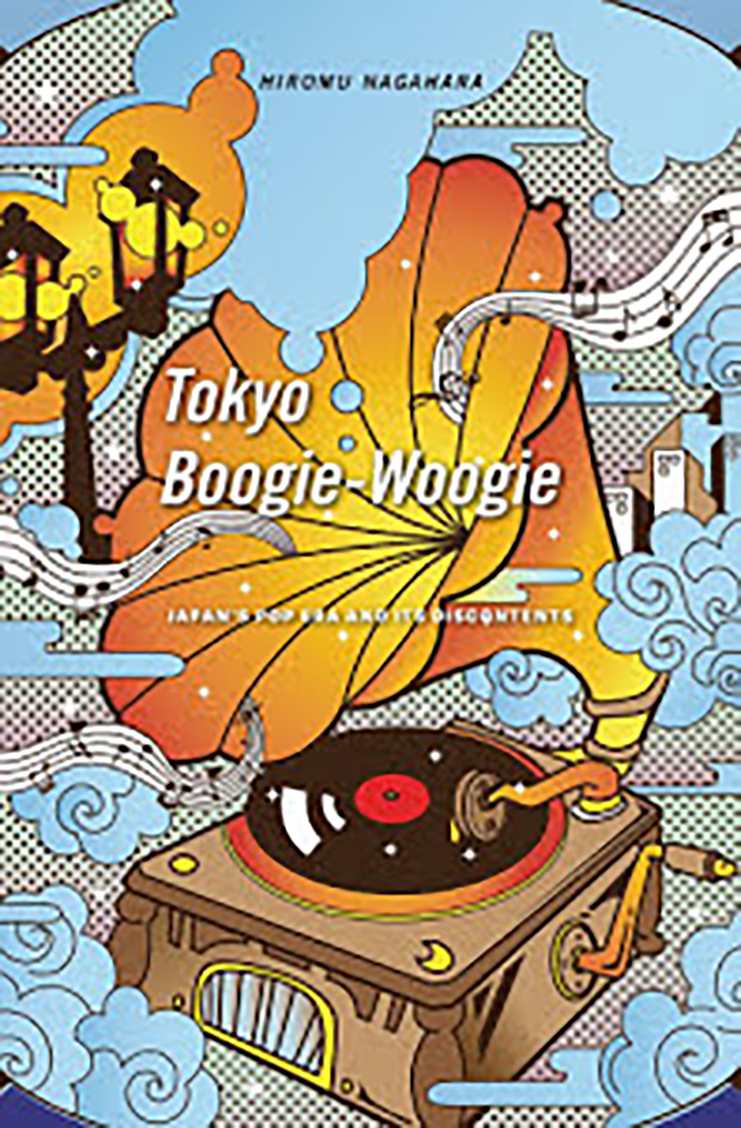 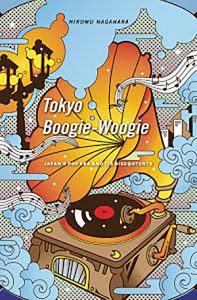 Although J-pop is both a cultural and industrial behemoth today, it is hard to imagine that there was not an equivalent kind of popular song genre a little more than a century ago; even remotely related ones simply did not exist. Old Japanese music types, such as the plaintive solitude-evoking shakuhachi (Japanese flute) music, the narrative-like music of voice with shamisen, or even the more alien sounding gagaku (court music), are light years away from the kind of music that define today’s characteristic Japanese pop sound.

So the question is, how did Japanese popular music evolve and what were the agents of change? Although the simple answer is “western” influence, a deeper look reveals that other driving forces within Japan, things like social change, history, politics, censorship and key individuals, shaped this complex evolution. Hiromu Nagahara’s Tokyo Boogie-Woogie focuses on these dynamic changes within the critical time period that spans from pre-war to post-war Japan, and in doing so, fills that evolutionary gap with a scholarly, but also engaging, discourse.

External influences were significant, even more than musical ones, in the rise of popular song in Japan starting in the 1920’s. During that time, a middle class with a disposable income to spend on entertainment emerged, as did industries to happily supply goods to fulfill consumer appetites. The newly introduced dual technologies of the phonograph and radio fueled a constant need for programming, and that in turn, gave birth to an industrial-like machine that cranked out popular songs.

Perhaps not surprisingly, there was serious push back against the quick moving flood of popular song from cultural elites and critics, and later from censorship. Some of the criticism paralleled similar sentiments when jazz, rock music, or “new age” music were coming of age, such as the simplistic nature of the music, its lack of refinement, as well as its sensual nature and how it would lead to moral degradation — yet other criticism is unique and unexpected.

The nature of government censorship during the war is equally startling; instead of purging all things American and western in music, there was more than a tacit acceptance of it. Even “Over There,” a patriotic song from WWI America, was allowed, albeit with changed lyrics.

Censorship from well-intended American military efforts after the war offers more intrigue to the story, as do the occupation’s effect on music and musical taste. Although the U.S. Army Armed Forces radio broadcasts were intended for the entertainment of the occupying Americans, the programming of western music and jazz were also enjoyed by a growing Japanese audience. The occupation also gave birth to notorious night clubs catering to off-duty military personnel’s ethically questionable desires; yet these clubs also fostered a new generation of indigenous jazz musicians who first found employment there.

The occupation was not a completely peaceful transition. Vehement controversies arose in the chaos of rebuilding Japan, as competing political, cultural, and moral forces clashed in the redefining. Music and its practitioners again found themselves in the middle of the political and intellectual fray, which resulted in industry self-censorship even after occupation.

It is these constant turns away from what is expected that make this book so difficult to put down, especially for those readers of history and cultural history. This solid narrative is paired with elegant writing, which adds to its swiftness.

An understanding of music and history is helpful, but not necessary. Thanks to the inclusion of original song titles in Romanized Japanese, many of the example songs can be easily found and listened to on the internet. On the publisher website, there is also a link to a song list on YouTube, but it will require finesse with an online translator to decipher the Japanese titles.

Although academic books, especially on music, have a notorious and often well-deserved reputation for being difficult reads, Tokyo Boogie-Woogie is not one of them. Although fully referenced and footnoted, such details do not bog things down – rather, these and the inclusion of key Japanese words add a welcomed nuance and authenticity to the story.

And what a story it is. With intrigue, surprises, previously unseen hands changing music’s evolution, and fascinating individuals and institutions trying to thwart cultural change and their counterparts moving it forward, Tokyo Boogie-Woogie has the all the drama and depth to make it a most entertaining and informative read.