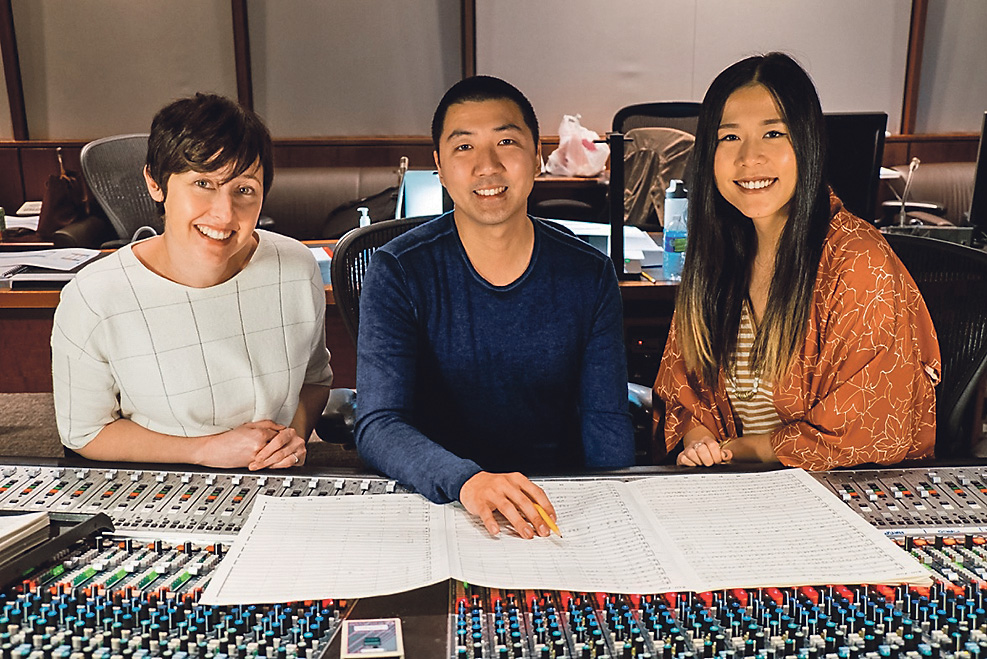 Before fans of The Incredibles saw the return of the Disney/Pixar superhero family to the big screen after a 14-year wait, an eight-minute short made history alongside the broken box-office records set by the main feature.

With Bao, Chinese Canadian filmmaker Domee Shi became the first woman director of a Pixar short since the tradition was established in 1984. After 34 years, not only did Shi bring much-needed gender representation with her charmingly poignant story, but also brought a uniquely intersectional story to the big screen – the film follows a Chinese mother trying to make sense of her relationship with her rotund dumpling son.

Although the short does not contain dialogue, composer Toby Chu’s emotive soundtrack speaks across language barriers with his unique blend of traditional Chinese and Western classical music. Over the course of a year and a half, Chu worked with Shi and UCLA musicology professor Chi Li to perfect the musical voice of Bao: Chinese traditional instruments such as the four-stringed guitar-like pipa, the erhu (also known to Westerners as the Chinese violin), the guzheng (alternatively known as the Chinese zither), the sanxian (Chinese lute), and the yanqin (Chinese hammered dulcimer) contributed to the score’s unique sound and atmosphere.

Chu shared his journey as a composer and his profound connection to Bao with the International Examiner.

International Examiner: What’s easy for you to love about Bao?

Toby Chu: The first thing I thought while watching it was like, “Well, what’s this?” And then as it was playing, I was going from “Oh my god, this is so cute,” to “Wait, what is going on here?”, because there were so many parallels to my own life that were happening in the short… everything in the film had happened to me, including marrying a Caucasian woman, my relationship with my mom, growing up in an immigrant family… there were just so many things that I feel like I didn’t draw attention to until I saw the short, [and] it awoke a lot of things in me. I grew up with Chinese parents in Washington, D.C., and there was definitely a feeling of trying to fit in, and I don’t think I ever really sat down and thought about it deeply until after I saw the short, and was in the process of writing the music for it. For example, there’s a lot to growing up in an immigrant family that is so different from your American friends… it’s the little things when I look back.

What’s also funny is that when I started working on this, it didn’t have the title Bao yet, so we went through about four different code words for this project… Eventually, when Domee told me that they were thinking about calling it “Bao,” I thought it was so perfect because it had such an obvious double meaning, of being a dumpling, but also being similar to what my mom called me growing up – “xiao bao bao” – which means “small precious.”

IE: How has Bao – and its representation – shown up in your personal life?

TC: I have a little three-year old, and he’s just at the point now where he is watching a lot of Pixar movies… and for him to see something like Bao, that is really an incredible thing. He doesn’t understand it quite yet, but being able to see yourself or your identity reflected on a big scale, I think it’s bigger than I realize… the more and more I think about it and hear people’s reactions to the short, it’s such an honor and it’s so humbling.

IE: What was it like to work with other Chinese creatives on a uniquely Chinese story?

TC: It was an amazing experience… One thing to know about working at Pixar is that there is so much love in the air when everyone’s working together, there’s so much support and just a feeling of [that we’re like a] family. When we had conversations with Domee, or when I was working with Chi Li, there was so much of an understanding already of what was supposed to happen, and I think we just got it.

IE: As a composer, how did you connect with Bao, and how did you bring that connection forward in the score?

TC: I think that as a composer, when you work on a project, you are always drawing from your experiences, and your own emotional outlook at things… But I’ve never worked on a project like this, and I don’t know anybody who worked on something and had so many personal similarities with the project as I did when I worked on Bao. It was great – and a great coincidence – but it was also a challenge because you feel an incredible responsibility to do it justice.

IE: What did you want to accomplish with the score for Bao?

TC: For me, I knew the music was going to be very simple, very honest, and I really wanted the music to just play like a piece of music…I just wanted it to flow. Musically, I wanted to convey all those things that I saw, all those various levels of meaning between the mom and the dumpling, and the dumpling rebelling… There’s one theme in the whole piece which gets used in various ways, and gets shaped with its emotion[s].

The scale that the theme is in, it is in a traditional Chinese scale – I knew I wanted it to be in that scale, but to also use it in a way that is not entirely traditional, and to come at it with also a Western standpoint. So I knew I wanted to be as authentic as possible when it came to the Chinese elements, but I also knew that I didn’t just want to write a traditional Chinese piece – I wanted it to be our own new take, and a real mesh between the East and West. And that’s not just the orchestra and the Chinese instruments, but on the smallest levels where I could go, down to the notes themselves.

IE: Where does Bao fit in your journey as a professional composer?

TC: I started working in Hollywood when I was 21, and I used to work for this one composer who was so busy, really busy to the point where I didn’t have a day off for four or five years – including Christmas – every day, seven days a week, at least ten hours a day composing. We’d do seven or eight movies a year, going from movie to movie… it was exciting looking back on it. There was a lot of cool things, like I got to fly to London and hear the London Symphony play my music in my twenties. But I was a ghostwriter then, so nobody really knew that I had written some of that music, but I learned so much through that experience… I honestly feel that I have been working for twenty years to get to do Bao.

IE: You have worked on a multitude of Hollywood blockbusters and hit series including The Brave, Burn Notice, State of Affairs and Tron: Legacy. What was different about Bao?

TC: I try to bring myself to everything I do, but there was something really different and beautiful about working on the short. I’ve been a fan of Pixar for as long as I remember, and there’s no dialogue, and they really allowed the music to be at the forefront, and everybody had so much confidence in me. It just really felt like I had finally arrived as a composer. Bao reminded me how much I love doing what I do.