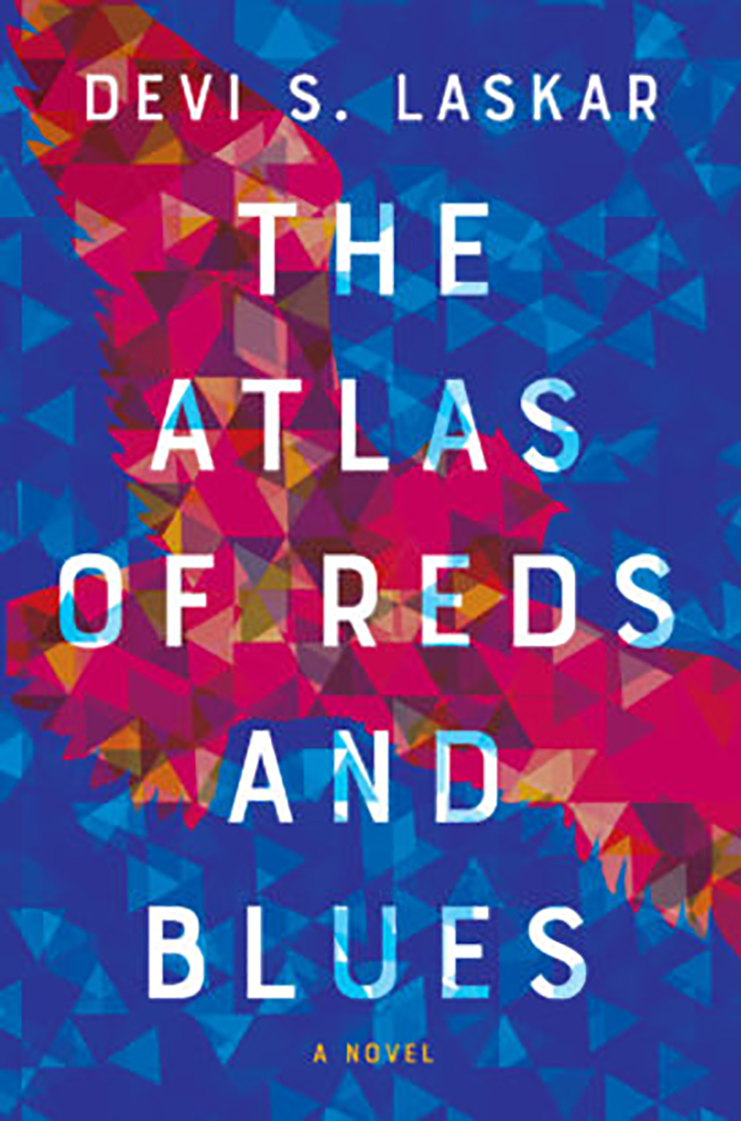 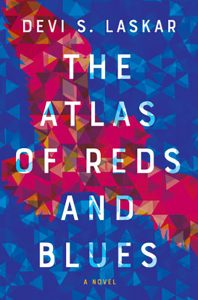 As the public discourse in the United States on immigration and race becomes increasingly virulent, when ICE raids are becoming common place, and xenophobia is championed by the president, Devi S. Laskar’s debut novel, Atlas of Reds and Blues, is timely.

A terrifying yet lyrical novel, it is told in a series of non-linear fragments that are juxtaposed with each other and yet each of the episodes can stand on its own. The novel echoes Sandra Cisneros’s novel The House on Mango Street, which the author has acknowledged in interviews as a major influence.

The novel begins with the unnamed narrator known as Mother in the scenes from her adult life and as The Real Thing in the childhood scenes lying bleeding on her driveway in Georgia as law enforcement officials chatter with emergency dispatchers and hold back neighborhood gawkers. The narrator has been shot by these officers for refusing to allow them to enter her home on a dubious pretext. As she lies bleeding, her life flashes before her eyes. Laskar experienced such a raid in 2010 and her family was docile and allowed law enforcement to enter their home; in this novel she imagines an alternative ending to that event. What would have happened if she had refused them entry?

The narrator is the child of Indian immigrants born and raised in the United States and married to a white man whom she refers to as her hero and that appellation is sometimes ironic. Racism shapes her life—as a child in a Catholic school she is made to feel grateful for the opportunities, she is patronized by a grocery store employee when during a pregnancy she is buying junk food for her husband, she is questioned at a laundromat about the expensive men’s clothes she is dropping off for cleaning. In her work as a journalist, she is ignored and/or given the least interesting reporting assignments, and as a mother, she counsels her middle daughter through racist bullying.

All her experiences are framed by her unbelonging because she is dark skinned and has a funny name. Even when she lies dying on the driveway, the officers examining her ID laugh at her unpronounceable name, and she mutters to herself that it means “gift from god.”

Her frequently absent, well-intentioned but clueless white husband never gets how she experiences the world. Interspersed with the scenes from work, childhood, and motherhood are brief histories of the evolution of the Barbie doll. These mini histories offer brilliant insights into how popular culture reflects America’s shifting sense of race and gender and how such diversity is commodified.

Laskar’s narrative is searing. One chapter is devoted to a “soliloquy from strangers” that she has heard since 1966, the year of her birth. The phrases sprinkled through that include: “Do you even speak English? Oh, well. Your English is so good……Y’all best be getting back to where you came from, you hear? No need to overstay your welcome.” In another chapter she describes the country she lives in as “routine traffic stops that turn into massacre, the Bible Belt expanding at the waistline of the data-obese nation, a cacophony of voices rebuking.”

Terrifyingly lyrical, sharply critical, and brilliantly crafted—this novel is a must read for any person of color living in the United States today.