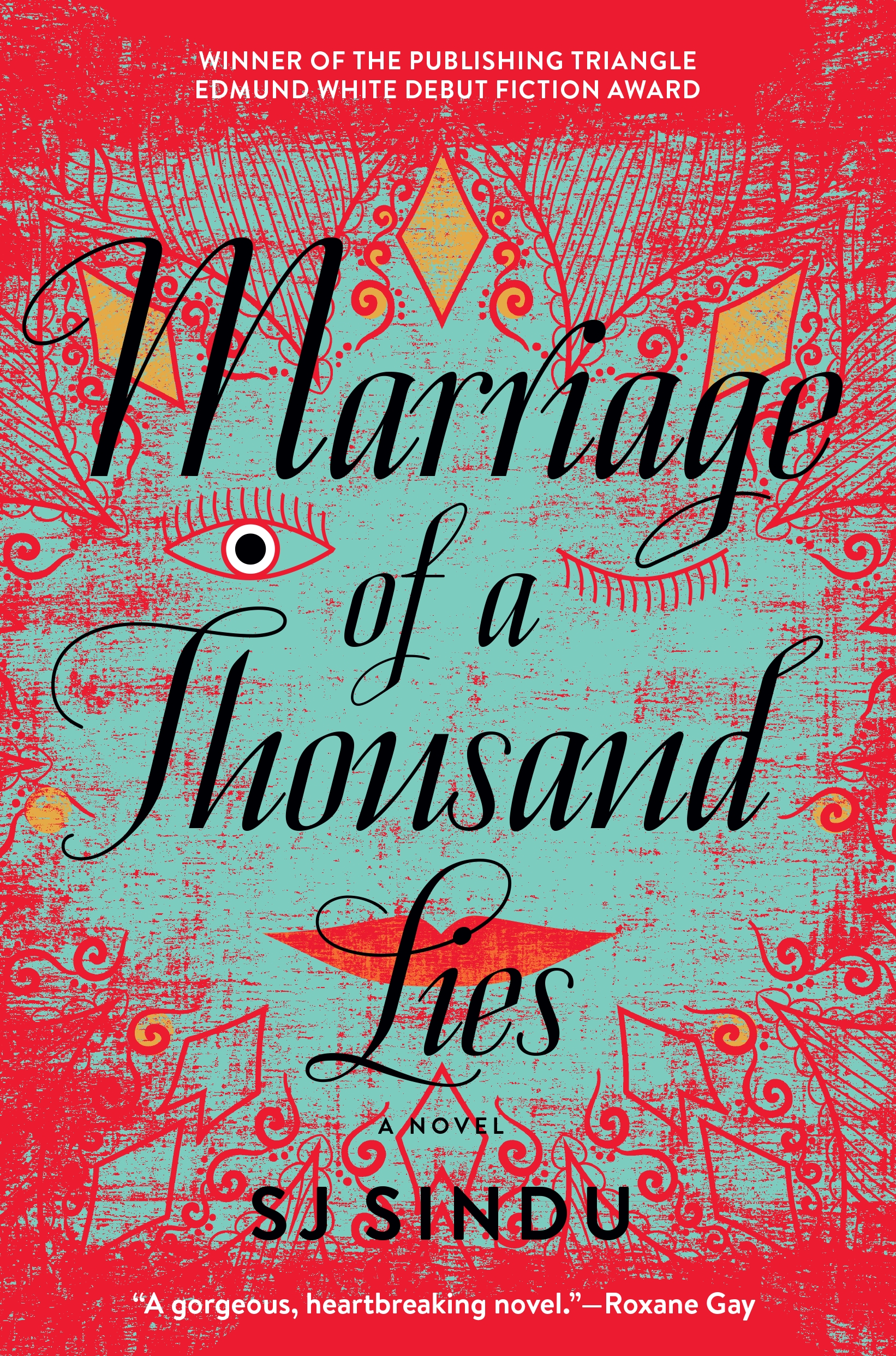 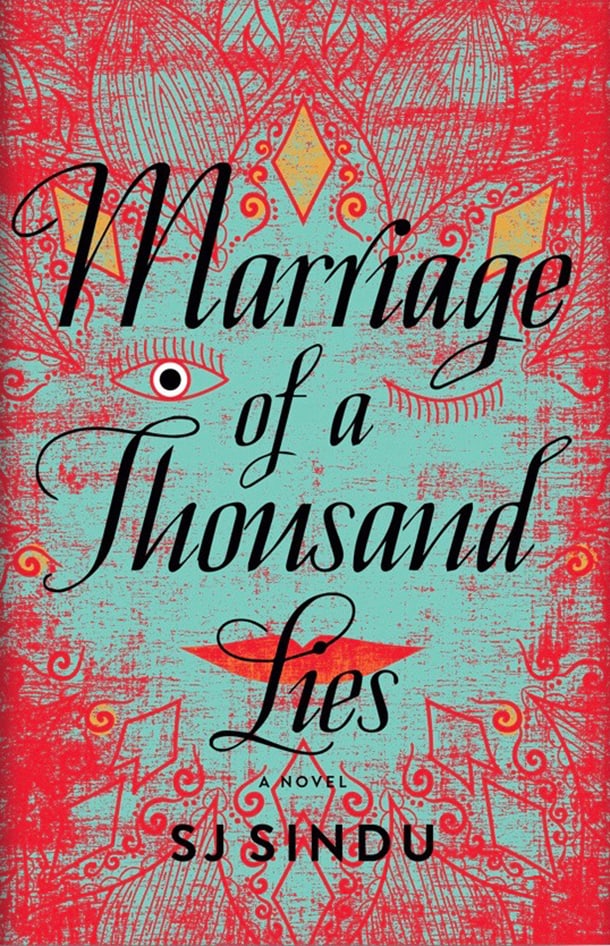 The 2018 Search for Meaning Festival is Seattle University’s annual community festival dedicated to topics surrounding the human quest for meaning and the characteristics of an ethical and well-lived life. This year it took place on February 24. Hosted on the university’s campus, the festival draws over 50 nationally and internationally known authors and artists for an interactive, introspective experience. There were presentations on social justice, cross-cultural, racial and inter-religious dialogue, history, poetry and spirituality. Also featured were pop-up bookshop author book signings, art exhibits and a theatre performance. Speakers included Ruth Ozeki, Taylor Branch, Rev. Dr. Barbara Brown Taylor and many more. Here are three book reviews whose authors, S.J. Sindu, Samrat Upadhyay and Anuk Arudpragasam, presented at the event.

Marriage of a Thousand Lies by S.J. Sindu

A Sri Lankan Tamil family in New England with three daughters all of whom struggle to manage familial and cultural expectations with their needs and desires regarding love, sex, and relationships – that is the broad canvas on which S.J. Sindu maps the life of her protagonist Lucky. Lucky is a young lesbian woman who loves her childhood friend, Nisha, but marries Kris, an Indian gay man, so she can fit into the heteronormative expectations of her family. Kris rescues Lucky when she is exiled by her mother because of her sexuality by proposing marriage which also coincidentally allows him to manage his visa problems. The couple leads a double life – straight in the Sri Lankan community but in private they have an agreement, and each pursues their own sexual relationships outside marriage. Neither is happy.

Although Lucky was born in the U.S., her parents have fled the civil war in Sri Lanka and while they seldom speak of the civil war, it haunts their daily lives. The local Sri Lankan families are close-knit and are deeply aware of the people they have all lost and the culture they have been forced to leave behind, and so the local social gatherings, weddings, cultural rituals and practices become intensely important.

Each woman in Lucky’s family is forced to sacrifice something to maintain the fabric of the community. Lucky’s mother endures social stigma because she is divorced, the oldest daughter gives up the love of her life to have an arranged marriage with a Sri Lankan, the second daughter runs away from home and cuts herself off from her entire family so she can be free, and Lucky is caught in a false marriage that she does not care for while yearning to be with her best friend and lover, Nisha.

Nisha is unable to walk away from her impending arranged marriage and embrace Lucky as her lover. Nisha’s friendship with a group of American lesbians who live in a shared home offers her a temporary refuge, but Nisha feels that she can never be like them because family is important. Neither Lucky nor Nisha can confront another loss or rupture with their Sri Lankan families that are already scarred by loss. As the reader follows the complex emotional lives of these characters, Sindu elicits nuanced sympathy for each of them from her readers. We are engrossed in the narrative and the characters’ dilemmas. Will Lucky figure out a way to be both a good daughter and pursue her own desires? Will Nisha succumb to family pressure? Will Vidya, the second sister, return to the family? These are the questions that haunt the reader and sustain the flow of the novel.

Sindu’s narrative is well-paced and the novel breaks apart the heteronormativity that drives much of South Asian American writing. While writers like Shyam Selvadurai, Rakesh Satyal, Sandip Roy and others have written about the gay male South Asian experience, Sindu’s novel explores the complexity of lesbian lives in the South Asian community. Although this is Sindu’s first novel, it has a maturity of voice and craft that suggests we have a new and exciting writer in the South Asian American literary world. 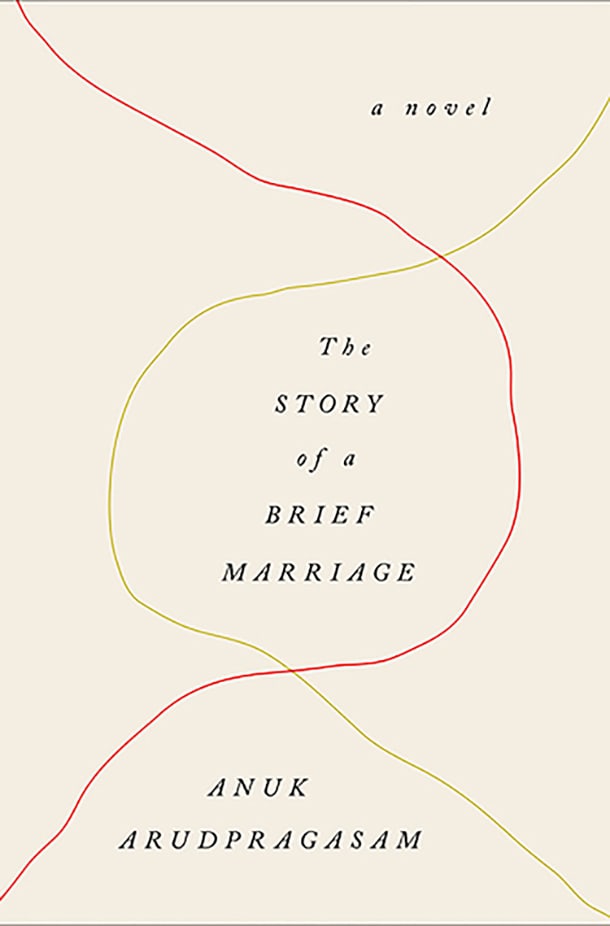 The Story of a Brief Marriage by Anuk Arudpragasam

The Sri Lankan Civil war that lasted 25 years and ended in a fragile ceasefire in 2009 has been the subject of lot of fictional and cinematic works. From Shyam Selvadurai and Michael Ondaatje to Ru Freeman and Nayomi Munaweera, many writers living in the diaspora have written powerful narratives about ethnic violence, psychological trauma and displacement brought about by the war. Anuk Arudpragasam, a young graduate student at Columbia University is the newest writer to join that cadre of authors.

The tightly woven narrative that spans a couple of days is set in a relocation camp where Dinesh, a young man, finds himself after his village is destroyed and his mother has died during their attempt to evacuate the village. Dinesh digs graves to bury the dead – people who have been severely wounded during air attacks on the camp by rebel or state forces. He is approached by another resident of the camp, an older man who has arrived there with his daughter, Ganga, after they have lost the rest of their family in the war. As rebel groups scour the relocation camps to recruit young people to fight, the father fears for his daughter’s safety and asks Dinesh to marry her. Married couples are more likely to evade recruitment, and the father fears for his daughter’s safety should he also die. This is the sparse plot line of the novel, but each paragraph in this story delves deeply into the psyche of Dinesh and every moment of survival in the camp. There are starkly naturalistic descriptions of the body and bodily functions such as the impact of a diet consisting of starchy water and foraged leaves on bowel movements or descriptions of wounded people whose limbs are being amputated. This is the stark reality of war and those struggling to survive within it.

As the couple enters a marriage in which all elements of a traditional ceremony are either abandoned or transformed to suit the conditions of the camp, the narrative explores how two people, both traumatized by war experiences, might find something that brings them together despite the precarity of their situations. Arudpragasam’s narrative compels the reader to look closely at relationships and what makes people retain their humanity even within the direst of situations. A beautiful chapter describes Dinesh’s late night foray to a well on the outskirts of the camp where he takes a bath and washes his clothes so he may be clean and fresh for his new bride who remains asleep in a relatively safe spot in the jungle away from the main camp.

Arudpragasam’s narrative filled with minute details takes readers into Dinesh’s experience while simultaneously reminding them that ordinary daily acts like bathing, trimming one’s nails or washing clothes become extraordinary luxuries for displaced people. The novel is a compelling but difficult read as each excruciating detail of the displaced peoples’ precarity is piled on leaving the reader deeply unsettled.

Author of three novels and several collections of short stories, Samrat Upadhyay is the first Nepali anglophone writer to gain prominence in the West. Mad Country, his most recent collection of short stories, features seven short stories and a novella. The central theme in these stories is of people (mostly young) adrift in a world that is perplexing, violent and indifferent. There is no comforting end to any of these narratives about the characters making the world a better place; the characters just have flashes of insight that may or may not clarify their universe.

The protagonist in the first story, Flash Forward, is an investigative journalist who fights a corrupt government minister. Her magazine’s reportage makes her vulnerable to the despotic power of the minister and she refuses to relent in her pursuit of the truth. At the same time, she also struggles with her best friend’s descent into alcoholism and suicidal depression. The story documents both these struggles and the violence that accompanies everyday life.

In Freak Street, Upadhyay writes of a young white American woman who comes to Nepal in 1978 and is looking for more than drugs or Himalayan treks. She becomes increasingly connected to the family that rents her a ramshackle room and soon adopts a Nepali name and sees herself as the daughter of the family. The story traces the varying responses of other white tourists and of Nepalis to her transformation and explores the sexual violence and exploitation to which she is subjected. The story ends with her recognition that despite her best efforts to differentiate herself from other white tourists she seemed “like any other hippie who passed through Freak Street on a journey from somewhere to somewhere” (123).

In the title story, Mad Country, the focus is on an accomplished Nepali woman entrepreneur, Anamika Gurung, who has an invalid husband and a troubled teen son. When seeking justice for her son who is arrested for an unknown crime, she is arrested and inexplicably labeled a “political prisoner.” A year in prison in the company of another woman, Sita, Anamika’s world of wealth, power, and family is totally stripped away, and she emerges as an entirely different person. What will become of her? The reader does not know but her journey is the story.

In two of the narratives in this collection, Dreaming of Ghana and America the Great Equalizer, Upadhyay explores questions of race. In the novella, Dreaming of Ghana, a young Nepali man working for a travel publication rescues a mysterious black woman who is mute and who he assumes is African. He names her Ghana for the country he dreams of but knows nothing about. The story, that seems at least in part a dreamscape, critiques Nepali perceptions of Africa and their colorist and racist prejudices.

In a parallel critique of South Asians and their hypocritical stances on race, Upadhyay sets his final story in Ferguson, MO, during the uprising that followed the murder of Michael Brown. His character, Biks, a Nepali graduate student in Illinois struggles with his girlfriend’s colorism and class prejudices while trying to change the attitudes of fellow South Asians toward black people. At the same time, he experiences extreme prejudice from customers who come to his convenience store. On an impulse he goes to Ferguson and finds himself in a riot and suffers from a tear gas attack. As he writhes in pain, he realizes that “he knew ultimately nothing would happen to him, that he’d come out of this fight unscathed, at most only bruised” (293).

This collection of short stories offers insightful glimpses into a complex, globalized world where most ordinary people seem to be fumbling through life.