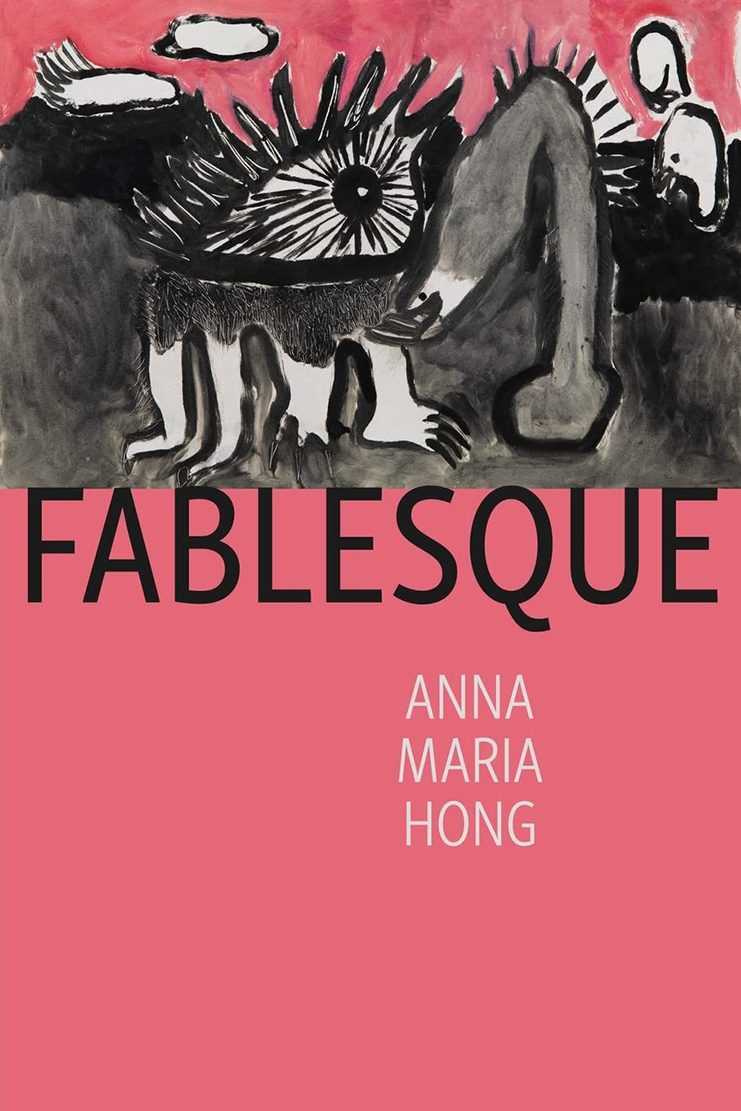 Home, memory, folktales, the forces of history – all of these themes span the three very different books that are the focus of this pandemic-delayed review. Two are sequential Berkshire Prize winners from Tupelo Press: Fablesque by Anna Maria Hong, which came out in 2020, and Ashore by Laurel Nakanishi in 2021. The third, Dear Diaspora by Susan Nguyen widens the gyre substantially, looking not only at family but the forces that drive folks from their country and culture of origin. 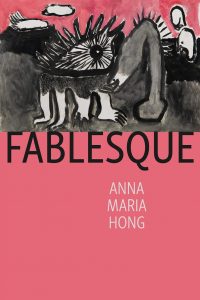 Anna Maria Hong has played with fairytales before, and we’ve written about those two books in the International Examiner – Age of Glass, a collection of poems that deal with myth and fairytales, and H & G – a kind of Hansel and Gretel retelling with a touch of horror and a feminist exploration that makes Gretel less passive. Fablesque continues her fairytale motifs and mythological structures – but cuts deeper, tied to more personal history of the author’s experiences and family influences.

In the opening poem, Heliconius Melpomene (Latin name for the Postman butterfly), we get a not-quite-fairytale story of a father’s escape from North Korean soldiers where he is the lucky third “son”, his two companions killed before his eyes. The father pretends to be dumb and rural, the soldiers let him go, and he eventually makes his way to America. After facing down a gun, the father believes he has been rewarded: he can do anything he wants, feels no fear, and his lack of caring for others some kind of lucky charm. The Postman butterfly, namesake of the poem, is known for its evolutionary adaptability and changeability. But the speaker of the poem thinks this lack of empathy and coldness makes the father an asshole, and hints at the family wreckage that would occur after the telling of the story.

Mythical beasts and shapeshifters are used by Hong in clever ways to bring out certain commentary. A savagely fun one is the “Siren”, a creature who defies the gaze she is trapped and partitioned by and who manages to have the last word. Even as she talks about the damage done by having a voice and having it dismissed, the siren continues to scoff, refusing to be reduced.

The namesake piece, “Fablesque” is an incantation you’d imagine from the old lady who hands you the poisoned apple, but spoken like a heroine of geopolitics:

“…I put on white to stave the worry/ My lips are as red as nuclear snow.”

The subject matter is grim but there is a sly humor, a tweaking of the proverbial nose of the tropes and expectations of the fables and fairytales that structure the poems. The speaker of each poem knows what expectations are being upended, and readers who like to see old stories done in new ways will enjoy “Fablesque”. 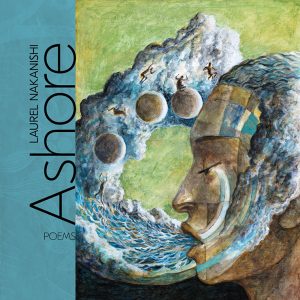 Meanwhile, lovers of Hawai’i’s lush landscape and multi-faceted history will enjoy Ashore, a collection drawing from Laurel Nakanishi’s roots in O’ahu. But they may also see themselves mirrored there as the tourist outsider walking through the forests and coast waters of history. Even as Nakanishi claims her heritage and family pride in the islands, she is not blind to the changes that tourism and development have wrought on the lands. And, she devotes a full final section to exploring the history of injustice explored by the poems, one where native Hawaiians lost sovereignty, agency and culture.

In “Mixed”, a prose poem, we see similar but softer defiance. We see Laurel Nakanishi as a mixed-race poet, writing about herself and her family:

“I will not hide the hollow bodies of my prairie ancestors, those wrapped up in gun-smoke out where it is never truly blue nor cloudless….And the Japanese blood? They never quite made it to America…/ I take my beggar bowl and go wandering. Strangers toss in their turns of phrase, their home food, their festival dancing. And I weave them into my hair—these trinkets and misunderstandings.”

Nakanishi lives in Honolulu and many poems take place on O’ahu and are a love letter to that location. But as with the other books in this review, the notion of “home” is a slippery thing at best. In “In Hills Above the Rattlesnake Valley” she writes about an outing with a grandmother who now lives in a nursing home and who begs on the drive that they see her old house. “She is crying now. After a few moments I drive away. But there is no leaving that house. And there is no homecoming.”

Later in the prose poem, “A Homecoming”, Nakanishi writes of her students asking her, “what do you mean, write a poem about home? /….I tell my students: First there is longing, then there is a bridge.”

In the longer poem “Mānoa”, section 2, Nakanishi explores some answers:

“Suppose you did not grow up here/You did not eat mochi on new year’s/…You didn’t make out with your high school boyfriend/ at Diamond Head lookout/you have never come home to Hawai’i..”

The visitor never had to learn the hula in school, nor wait for the mother’s car to pick them up at the airport, and so perhaps seeing the islands for the first time seems like paradise.  But what do the folks that live here know?

There is no escaping the vivid stories of place:

“There are stories at work in us

They hold us   wet in their mouths     I am braided deep

Swimming to my eyes…”

Home is not just a bridge to longing; home itself may be constructed of bridges upon the widest of seas. 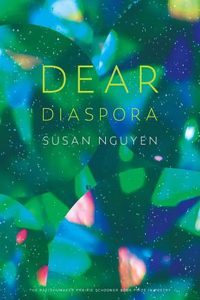 The final book in this review, Susan Nguyen’s Dear Diaspora, (winner of the Raz/Shumaker Prairie Schooner Book Prize in Poetry) begins with questions, a bridge and perilous waters. Like Nakanishi and Hong, Susan Nguyen is also swimming in family history and the burden of racist history upon that lineage.

“The Body as a Series of Questions” begins:

“What did you leave when crossing the bridge? From what materials was the bridge constructed? / When did you first recoil/ from your mouth?   Do you feel safe wrecking language?”

Question-poems and letters to the diaspora thread the book, adding to its sense of quest. But in Dear Diaspora, the sense of place is anchored in memories, with that sense of the place as well as the time being fleeting.

Instead of folkloric boundaries and tropes, American customs and experiences create the conflict and the stories. Nguyen writes of her struggles to adopt the American mythos, to make sense of what the other kids swim in daily: getting allowances from their parents, macaroni and cheese, wishing she had Lucy Liu’s freckles, cruelty and contradictory rhetoric about “Boat People.”  Nguyen’s closing poem “Unending” speaks of hard-won knowledge but also of how learning to cope is continuous for all of us in the diaspora.

Opinion: Redistricting and how it impacts Chinatown-ID and South Seattle