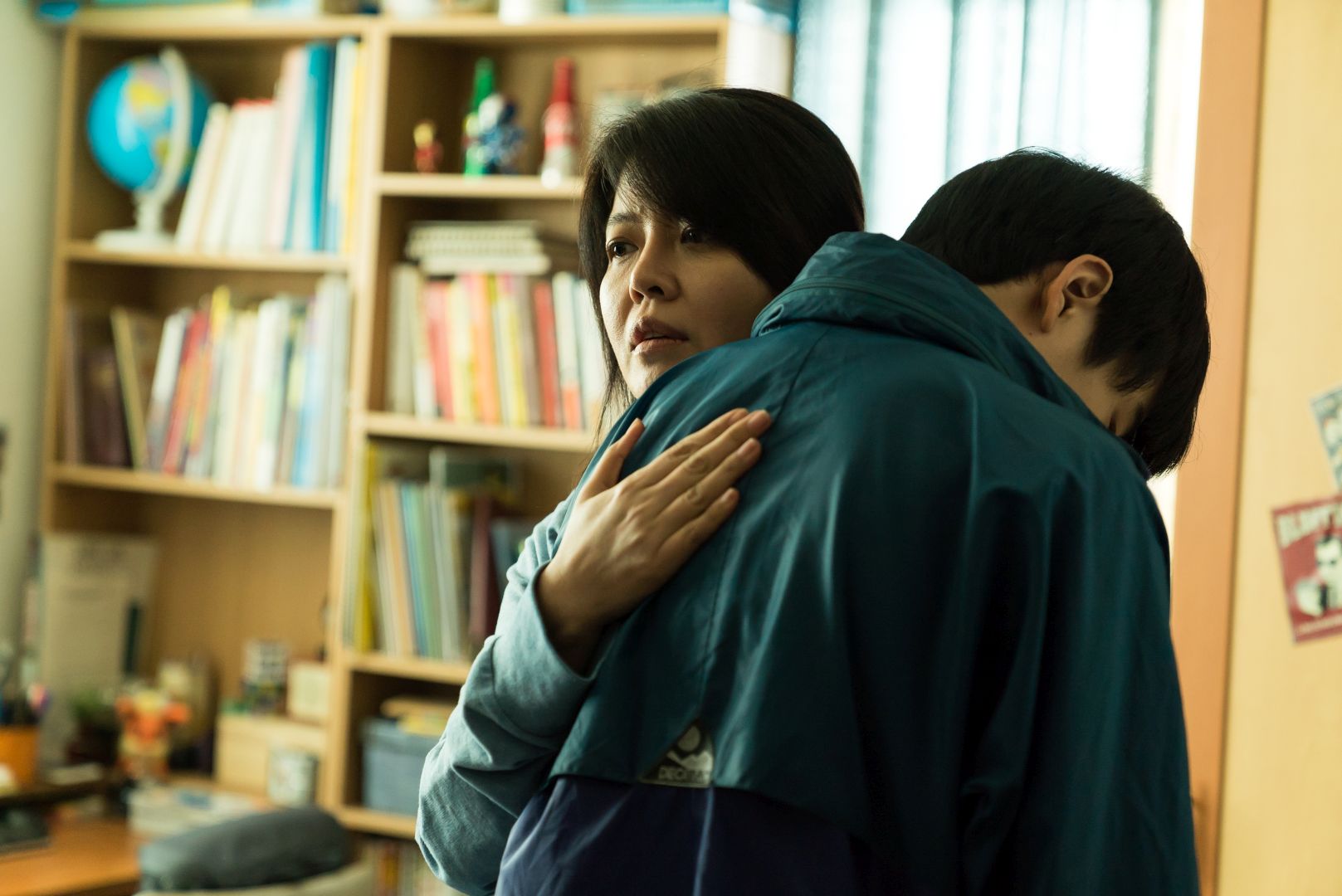 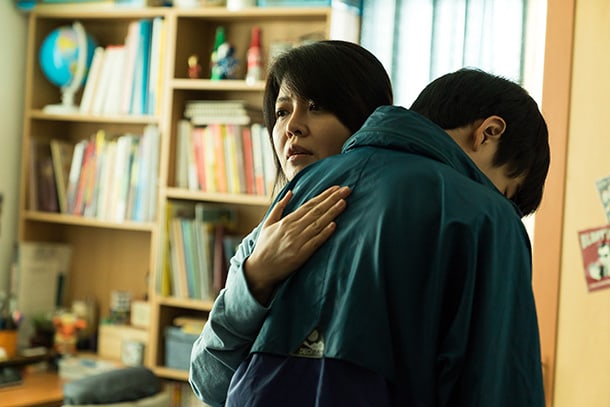 Set in provincial South Korea, Last Child follows a grieving couple in the aftermath of their teenaged son’s accidental death. Eunchan’s absence created a rift between husband Sungcheol (Choi Moo-seong) and wife Misook (Kim Yeo-jin); she is withdrawn and dependent on sleeping pills, while he throws himself even harder into his wallpapering business. By acts of charity and fate, Kihyun (Seong Yu-bin), the classmate that their son allegedly died trying to save, re-enters their lives with consequences that none of the trio could have predicted.

After Sungcheol witnesses Kihyun being bullied by his peers, he learns that, since the accident, the boy has dropped out of school and works as a fast food delivery driver to support himself. He decides to take him on as an apprentice and teach him the trade, so Kihyun can make something better of his life, but attempts to keep it secret from Misook, not wanting to upset her given their unfortunate personal connection.

Despite initial setbacks, Kihyun wants to learn and improve but feels uncomfortable around the couple – after all it’s their son, not him, who should be there helping with the family business. Regardless, his presence ameliorates both adults’ suffering, and each grows fond of him as if he’s part of the family. Kihyun, however, has secrets and the more that Sungcheol and Misook open themselves up to him, the more guilty he feels, for he knows the truth about how Eunchan died and it’s far from the official story.

Shin Dong-seok, writer and director of the film, expertly builds the setup like a house of cards. There is obviously something more to Kihyun’s shiftiness and lowered gaze than mere adolescent awkwardness, so even though the big reveal is not a surprise, per se, it’s still powerful and resonant. The screenplay lays a solid foundation, but the acting and chemistry between the three leads really make this slow-burning, character-driven film tick.

Kim Ki-duk’s latest film, Human, Time, Space and Human, plays like a vapid rape porn fantasy masquerading under the flimsy veneer of religious allegory. Following a motley collection of passengers (including a young couple, a politician and his son, some prostitutes, and some gangsters) who board a vintage naval ship for what is supposed to be a week-long vacation but really a months-long descent into hell, it eschews substance for shock value at every turn, and squanders all opportunity for social commentary on power, corruption, and social class. It is the sort of film, so full of tasteless exploitation, voyeurism and misogyny, that only a man would make.

The doomed voyage is off to an inauspicious start when fellow passengers notice that the politician and his son have been given the best cabin and superior food and call them and the ship’s crew out on it. The gang leader, smelling the chance to curry favor, leaps to the politician’s defense. The initial disagreement is settled, but the lines have been drawn and the seeds of distrust sown.

Fast forward through some scenes of gratuitous and graphic violence against women (read: gang rapes, plural), and the passengers awake to find the sea gone and the ship floating high in the air among the clouds. Unable to communicate with the mainland, the ship and everyone on board are trapped with a very limited food supply. Whatever weak convictions and loose morals the characters had from the start only continue to deteriorate. Spoiler alert: lots of murder and cannibalism ensues.

The auteur behind the film, who is no stranger to controversy, seems to have really wanted to outdo himself with this project. And considering that Human, Time, Space and Human is essentially a more extreme version of Darren Aronofsky’s mother!, it is quite possible that he succeeded. But at least in his movie Aronofsky treated his female characters with at least a little respect; it is so difficult to achieve suspension of disbelief with Kim’s film that one spends most of the two-hour runtime feeling sorry for actress Mina Fujii, whose character bears the brunt of the abuse.

Human, Time, Space and Human will no doubt spark discussion amongst those who choose to see it, as the film is clearly meant to be provocative, though when it comes to redeeming qualities the audience will be hard-pressed to find any. 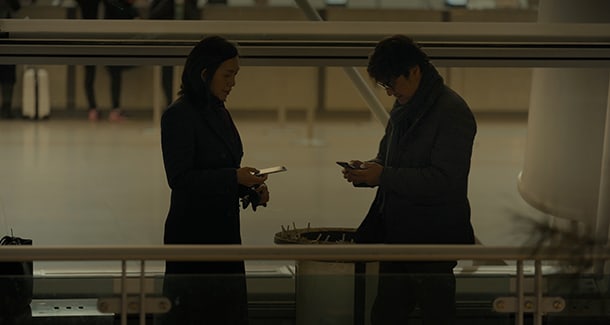 Opening with a chance encounter between two former flames at Seoul’s Incheon airport one winter’s night, writer and director Park Kiyong’s Old Love is as much an intimate meditation on love and the effects of time on relationships as it is a bittersweet portrait of middle age.

Yoonhee (Yoo Jung-ah) returns from her adoptive home, Canada, to visit her ailing mother, who no longer recognizes her due to Alzheimer’s. As she takes a drag on her cigarette, unwinding after being given the runaround by airport staff, she hears a familiar voice – Jungsoo (Kim Tae-hoon), an ex-boyfriend from the theater group the pair were quite serious about in their student days. The initial conversation is awkward and rusty, but they agree to meet the following day in the city.

Although both are painfully aware that Yoonhee leaves again in two weeks, the reunion sparks everything from hope to nostalgia and melancholy. The chemistry is still there, but have their lives diverged too much to come together once more, however fleeting? The more Yoonhee and Jungsoo talk, the stronger the sense of resignation that’s come to dominate their lives. Both had unhappy marriages that produced estranged adult children, lack meaningful careers, and are confronting their parents’ imminent mortality. For lives that have been devoid of passion for so long, the encounter represents an unsettling, though not necessarily unwelcome, force.

Through its long takes and static shots, Park’s film unfurls slowly, gradually stripping the protagonists down to their most vulnerable, emotionally raw state. Old Love relishes the past, but also cautions against focusing on the what-ifs and could-have-beens. Juxtaposed with the younger generation, Yoonhee and Jungsoo are far more cynical and pessimistic in their world view. In one pointed scene, Jungsoo drunkenly preaches to a group of aspiring actors, commanding them never to give up their craft, but also declaring that, if they’re lucky, only one or two of them will succeed.

Though Yoonhee and Jungsoo never have a conversation outright about propriety (she’s a divorcee and he a widower), there’s a tacit reluctance and uncertainty about what they’re doing together. Despite whatever feelings they may have, latent or professed, they’re not the twenty-somethings they used to be, and their actions have bigger consequences.

Subtle and quietly powerful, albeit bleak at times, Old Love is well worth mulling over.