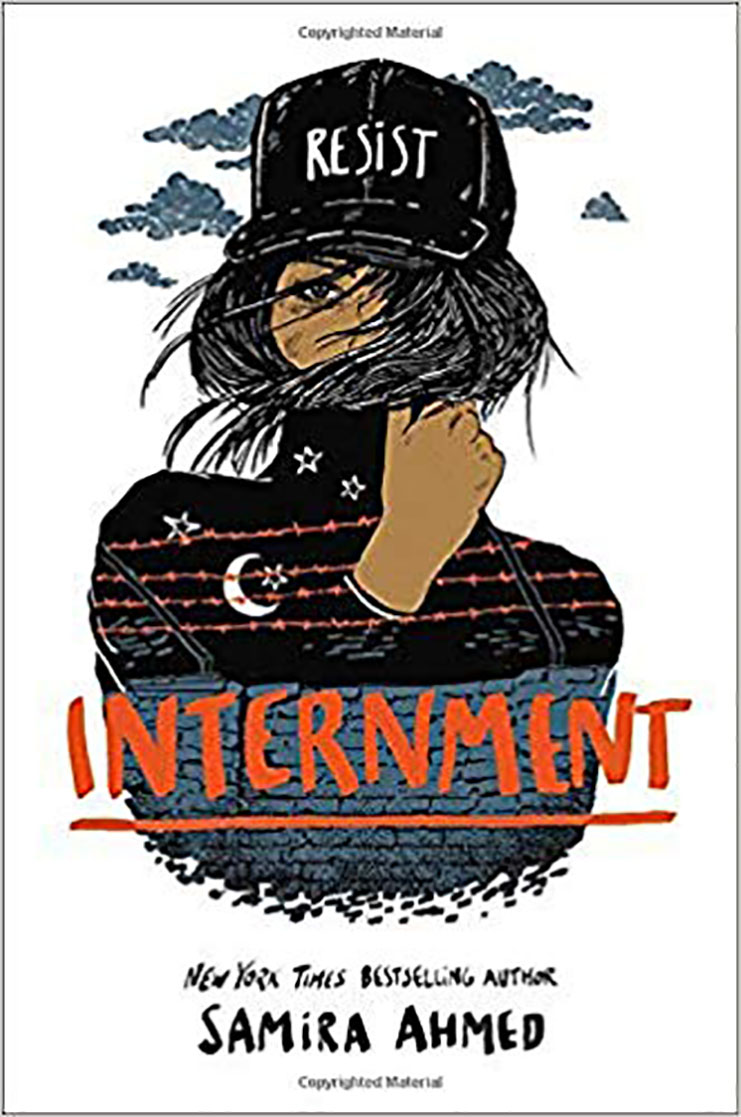 The young teens who are and will be the audience of these books were all born after 9/11 and after the U.S. invasion of Iraq, a time when Muslims are characterized as the enemy and Islamophobia is normative in foreign policy, the media and in everyday life.
These three young adult novels focus on undoing Islamophobia and exploring Muslim lives – love and romance, racism, family struggles, chronic illness, state sponsored violence are some of the topics these novels explore. 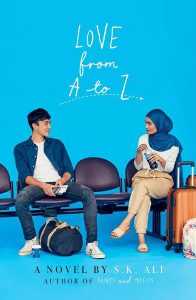 Love From A to Z

S.K. Ali’s Love from A to Z features a plucky high school senior, Zayneb, who is fighting an Islamophobic white male teacher and is suspended from school a week before spring break because of a doodle in her notebook that the teacher insists is threatening violence against him.

She is packed off to Doha to stay with her cool aunt, a teacher at an international school. En route, she runs into a cute boy, Adam Chen, also Muslim, who is headed home to Doha from London after having received a devastating diagnosis of multiple sclerosis which also took his mother’s life.

What draws Adam and Zeynab to each other is that they both keep a journal of oddities and marvels inspired by a 13th century work of Islamic art. The novel tells of the romance that blossoms between the two over Zeyneb’s spring break as they navigate Zeyneb’s struggles at school, the death of her grandmother in Pakistan in a drone strike, her friendships with radical girls, Adam’s health crisis, his grief over his mother’s death, his fears of seeking his father’s help and support, and his relationship with his younger sister.

The novel follows a standard YA romance trajectory – boy meets girl, they fall in love, they have challenges and they overcome or accept challenges and all’s well that ends well. The distinctiveness of this plot line is that they are both Muslim, their romance takes place in cosmopolitan and wealthy Doha where Islam is the religion and everyone, regardless of their religious beliefs, is tolerant of others.

Islam shapes the young couple’s relationship from their fondness of Islamic art to their choice to refrain from sex and to make a lifetime commitment when in high school. And, of course, with the help of her friends and good internet research skills, Zeynab also takes down the racist teacher and has him fired. 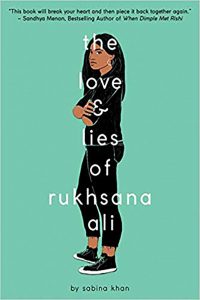 The Love and Lies of Rukhsana Ali

The Love and Lies of Rukhsana Ali by Sabina Khan also has young love as its central plot theme but with a twist – Rukhsana, the protagonist, is gay and in love with Ariana, a white classmate, but her Bangladeshi immigrant parents are incredibly homophobic and she is afraid of the consequences of coming out to them. Luckily for her, a full ride scholarship awaits her to CalTech where Ariana will also study and they hope to live happily ever after once they are away from Seattle.

The only family member who knows about her relationship with Ariana is her brother, Aamir. Rukhsana struggles to explain her familial challenges to Ariana whose parents are liberal and supportive but also view Rukhsana through Islamophobic lens. Although Rukhsana’s parents reluctantly agree to let her attend CalTech and proudly defy the Bangladeshi community’s stereotypical responses to an over-educated girl and marriage prospects, their discovery of Rukhsana’s sexuality explodes their world.

Again predictably, they trick her into going to Bangladesh to visit an ill grandmother when they are planning to marry her off to the first Bangladeshi guy they can find. The novel then explores Bangladesh as both a home for Rukhsana as a practicing Muslim with some supportive relatives notably her cousin and her grandmother.

Rukhsana’s parents discover her plot to escape the arranged marriage and lock her up, subject her to dubious violence at the hands of a religious man who promises to drive her djinns out. Help arrives in the form of a prospective U.S.-based fiancé who is also gay and knows that Rukhsana is too and they plot to have a sham marriage, return to the US and pursue their own lives. Rukhsana is encouraged in her pursuit of true love by her grandmother who had been trapped in an abusive marriage where her husband had also sexually abused his own daughter, Rukhsana’s mother.

The novel offers us a multidimensional view of homophobia and compulsory heteronormativity in Bangladesh through a range of situations including changing values amongst the youth, surprising support amongst some older people, and familial and cultural violence. As can be expected in a YA novel, Rukhsana does return to the U.S., reconciles with Ariana, grieves for the violent loss of her fiancé, miraculously rescues her scholarship at CalTech and forgives her parents.

While this novel offers the reader the experiences of a queer Muslim teenager in an interracial relationship, it also portrays Muslims as violent and regressive in their familial relationships. What saves Rukhsana is her model minority role as a scientific genius with a full ride scholarship that frees her from her family’s control. One wonders what would happen to a working class, queer Bangladeshi girl who can barely manage tuition at a community college. Would she be condemned to compulsory heteronormativity or death? 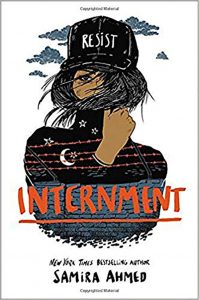 Samira Ahmed’s Internment is a brilliant contemporary yet speculative novel set 15 minutes into the future where the United States has a white supremacist as President with a virulent anti-Muslim program. From Muslim travel bans to mandatory registration of Muslims, the state has turned against its own citizens.

Layla Ali, a high school student, is the protagonist of this brilliantly conceived novel. The daughter of a college professor poet and a chiropractor, she sees how quickly her small liberal town turns against its Muslims. She breaks curfew to visit her Jewish boyfriend and scorns what she sees as her parents’ bowing down to Islamophobic state laws. Their family is suddenly taken away by the Exclusion guards who pack them off to an internment camp in the desert not far from Manzanar where the U.S. had incarcerated Japanese Americans during World War II.

Invoking that horrible period of American history, this novel draws close parallels between contemporary U.S. and the racism of the 1940s. If Manzanar had shabby barracks that barely protected the people from the desert climate and took away all their civil rights, then Camp Mobius has FEMA trailers with media screens, cameras, and drones to do 24 -hour surveillance on the internees. Layla refuses to accept the situation and rallies the other youth into a rebellion against the Camp’s sadistic Director.

With the help of a sympathetic guard, she connects with her boyfriend outside and feeds information about camp life to fuel the resistance outside the camp. Inside the camp, she risks her life and fights the Director until he is brought down and the camp closed. Lives are lost and all the internees are traumatized by their experience, and when they leave, they return to a world that is still not safe for Muslims.

The message in the novel is clear – resist even if it means you could lose your life. This novel which offers an incisive critique of racism and xenophobia in the U.S. and revisits the past to inform us of our dystopic future should be on every teen (and adult’s) reading list.
All three novels offer a promising new direction for YA fiction which has been critiqued for being too white and heteronormative. These writers boldly take on this genre and offer works that challenge readers to think about those whom they find different, exotic, or threatening and to examine their own biases.