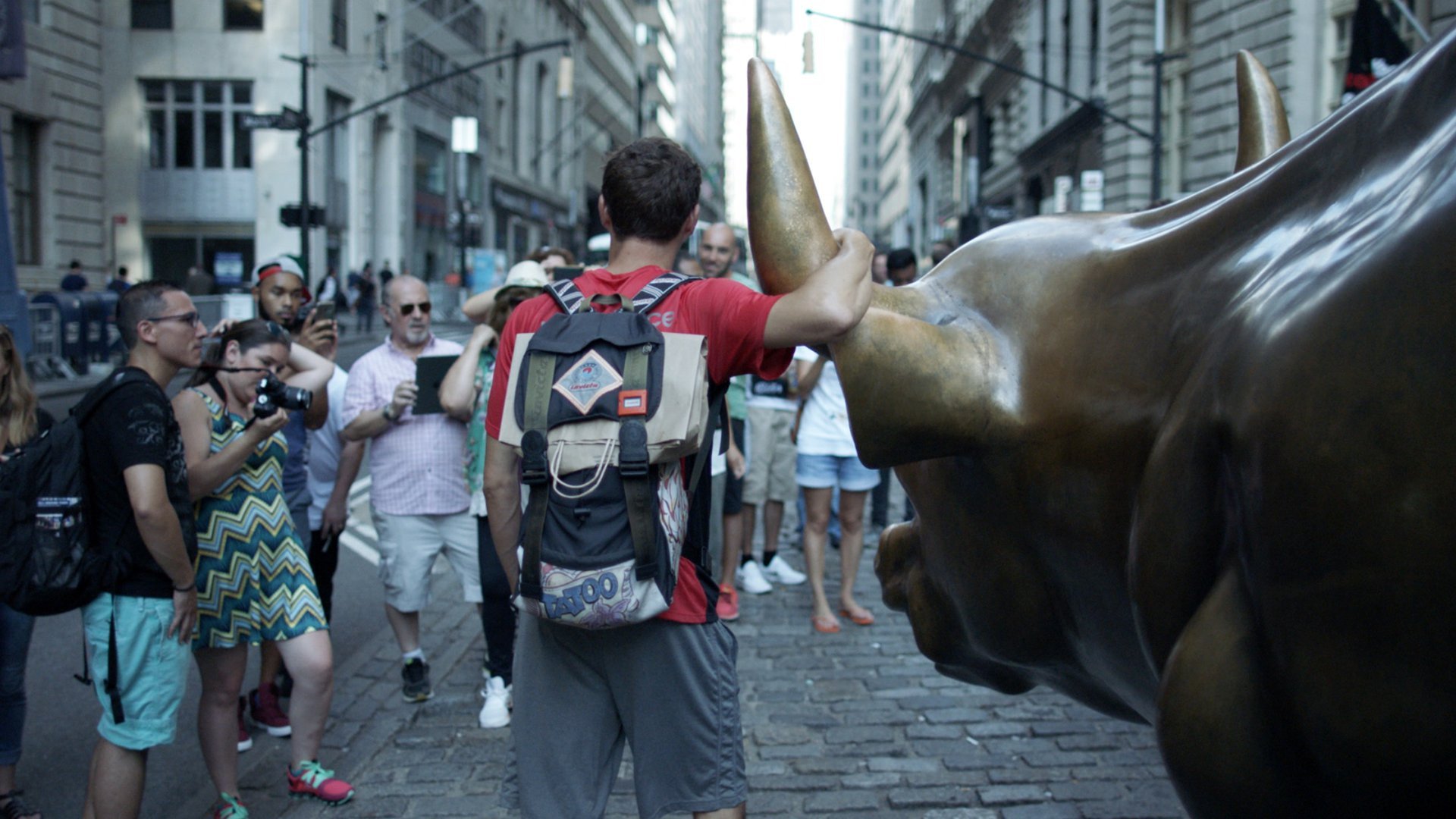 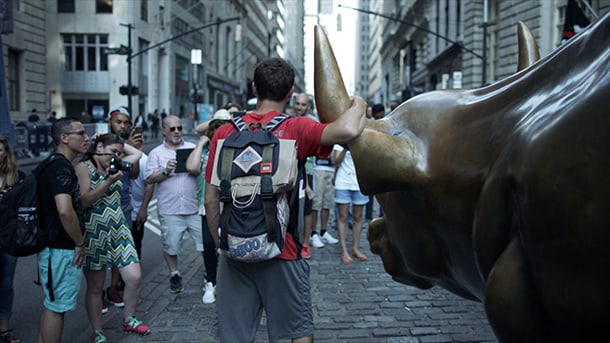 “There are no good guys in this story, including me,” says Dan David, co-founder of GeoInvesting, to the camera. Like countless other investors post 2008 crash, David thought he’d found an easy fix to recouping his and his clients’ lost funds: China. Americans couldn’t participate directly in the Chinese market but, through a slew of reverse mergers pairing Chinese businesses with American shell companies, third-tier banks brought the otherwise inaccessible market to the New York stock exchange. Shares for these companies did astronomically well until Carson Block, an American businessman with dealings in China, published a report revealing fraud.

Speaking to a broad range of experts ranging from investors to journalists to academics, Jed Rothstein’s The China Hustle details such a high a level of scamming it might as well be called a heist, which has cost Americans millions of dollars and is still ongoing. The documentary’s passion and urgency are tangible, however the delivery is muddled. Rothstein would have done well to take note from The Big Short (dir. Adam McKay, 2015), which used celebrity cameos for explication to great effect. Condescending, yes, but easy to digest. Definitions of terms in Rothstein’s film are quickly glossed over, so unless the viewer is fully financially literate, the significance of the content is clear but complete understanding remains elusive.

With that said, this viewer, who can barely manage to file her own taxes, gleaned that many Chinese companies blatantly – and knowingly – lied about their financials when they entered the stock exchange, claiming exaggerated revenues to drive up share prices. Block inspired others to do their own investigations, leading to the same result: published findings of fraud that caused share prices to plummet, leaving those who’d purchased them with nothing but the CEOs of the companies richer than ever. David and others, who initially had been huge proponents of these investments turned to short-selling.

Even if the minutiae of the film are hard to grasp, The China Hustle underscores other themes well worth bearing in mind in this day and age; namely the cultural differences between the U.S. and China, and greed. For ultimately, that must have been the main motivation on their side and our banks and businessmen were only too eager to oblige. Anything that seems too good to be true probably is.

The China Hustle plays at the Northwest Film Forum through April 12. 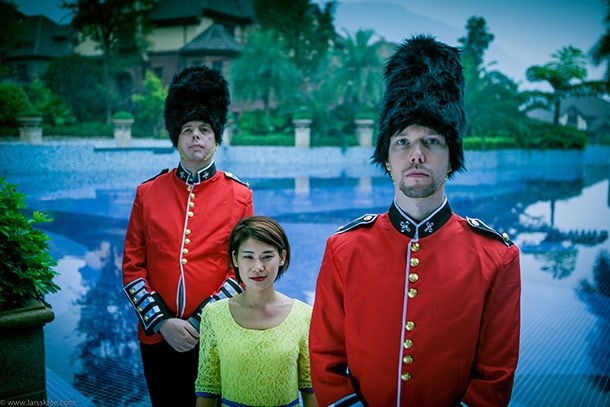 From 2012 to 2014, filmmaker David Borenstein follows Yana, a budding “foreigner agent” who left her rural hometown to make her fortune in Chongqing, a bustling metropolis in southwest China. She does so by creating a foreigner rental agency that is designed to help real estate developers market their new developments At the outset, Yana and her business partner build up their talent roster by approaching foreigners in bars – complimenting their appearance and asking if they have any skills such as singing or playing an instrument. The bar for talent is low and Borenstein, for example, finds himself placed in a makeshift band despite his mediocre clarinet and saxophone playing. But the pay is good and the gigs are constant, thanks to the myriad developments going up all around the city.

Yana’s agency is thriving, however by 2013 Chongqing is oversaturated and developers are moving further and further away, attempting to erect international cities in the rural countryside almost overnight. The structure of the gigs remains the same, even though Yana has to drive her hodgepodge circus of actors, models and musicians up to ten hours away from her base of operations. Potential buyers are bussed in, they listen to speeches, watch the performance, and can purchase property on the spot. Little do the aspirational homeowners know that they’re being sold a dream that doesn’t exist.

Many of these complexes that were designed and advertised to project an air of cosmopolitan elite sit empty. One memorable shot shows a rooftop infinity pool looking out onto a ghost city – concrete towers partially obscured by smog forever dark because no one is there to turn the lights on. Borenstein stops participating in the gigs, but continues to meet with Yana, whose business and wellbeing are deteriorating, practically in tandem. New owners who bought into the ghost cities are upset, protesting and demanding their money back.

Neither the filmmaker nor his subject admits guilt for their roles as cogs in the machine, per se, but through their conversations a sense of accountability takes shape. Dream Empire provides an unprecedented look into the underbelly of China’s rise as a global power, the lengths to which people will go to attain what they perceive as a better life, and the artifice surrounding it. Concise yet compelling, the film resonates with timeliness and the danger of being tricked by appearances.

Dream Empire plays 8:00 PM, April 13, at the Northwest Film Forum as part of the ByDesign festival.

Years-long in the making, Xuan Liang and Chun Zhang’s expansive animated feature Big Fish & Begonia takes the audience on a mythical journey that raises the bar for Chinese animation and original storytelling. Like Chihiro in Hayao Miyazaki’s Academy Award-winning Spirited Away, which the film visually echoes often, heroine Chun (Guanlin Ji) must navigate two different worlds, trying to save both her friends and family while her love and loyalty is put to the test.

As a rite of passage, sixteen-year old Chun, who belongs to an ethereal tribe that possesses magical powers, is sent to the human world. Despite her parents’ warnings to stay away from humans, an accident brings her together with a boy; he saves her, but he dies in the process. Chun returns, racked with guilt, and makes a secret deal with a spirit to bring the boy back to life, at the cost of disrupting the balance of her world. This decision sparks her real coming of age, as the consequences of her actions alienate her from the rest of the community.

Throughout these trials, Chun’s one true ally is her friend Qui (Shangqing Su), who may or may not have an unrequited crush on her, although his feelings have no bearing on hers or her goals because she is an authentic, strong female protagonist the likes of which rarely grace the screen.

Liang and Zhang’s film may lack the musical depth of a Miyazaki movie (in fact it’s quite dialogue-heavy and the score is unmemorable), but the visuals and story are just as rich, enough to resonate with both younger and older audiences.