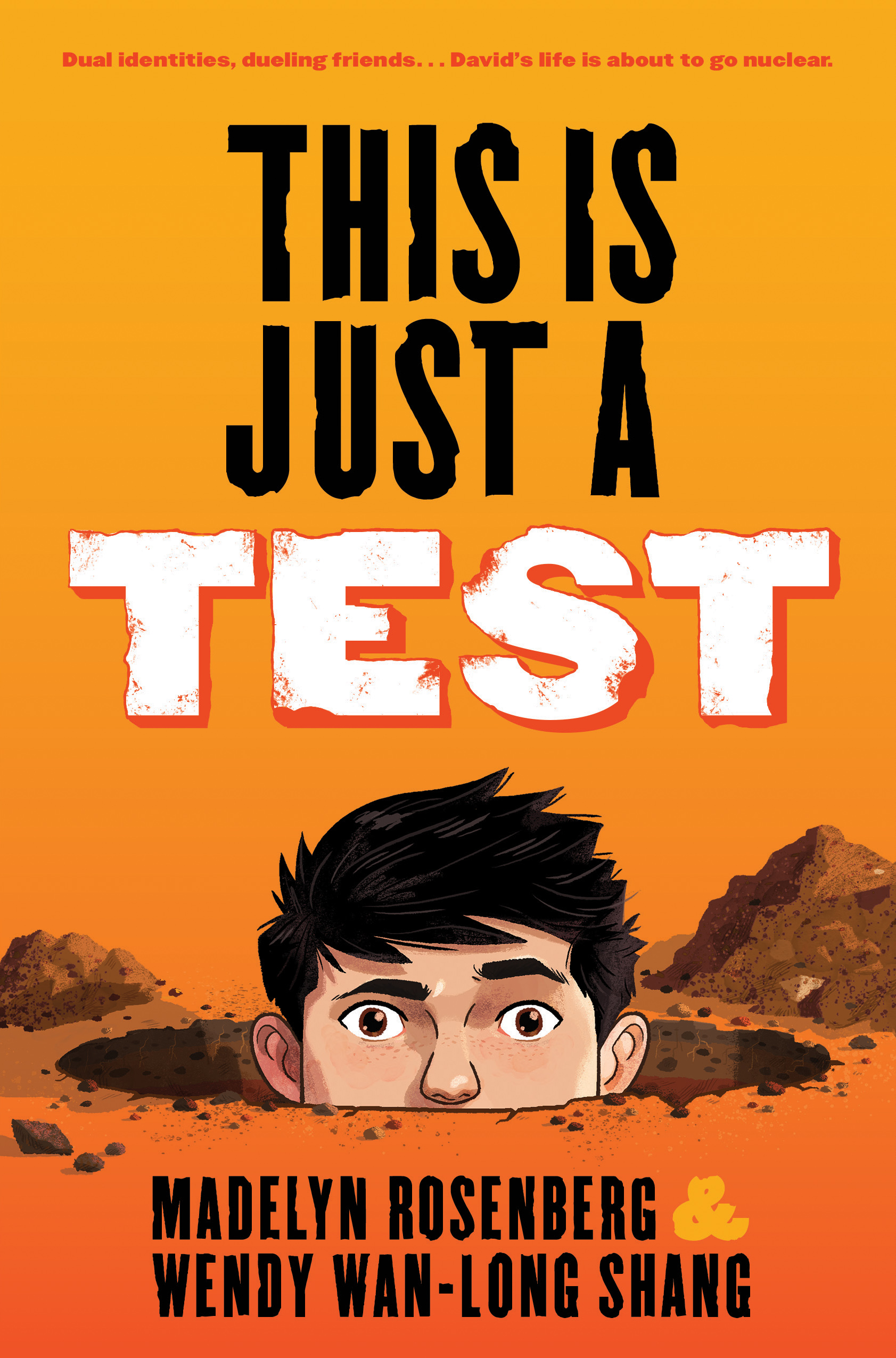 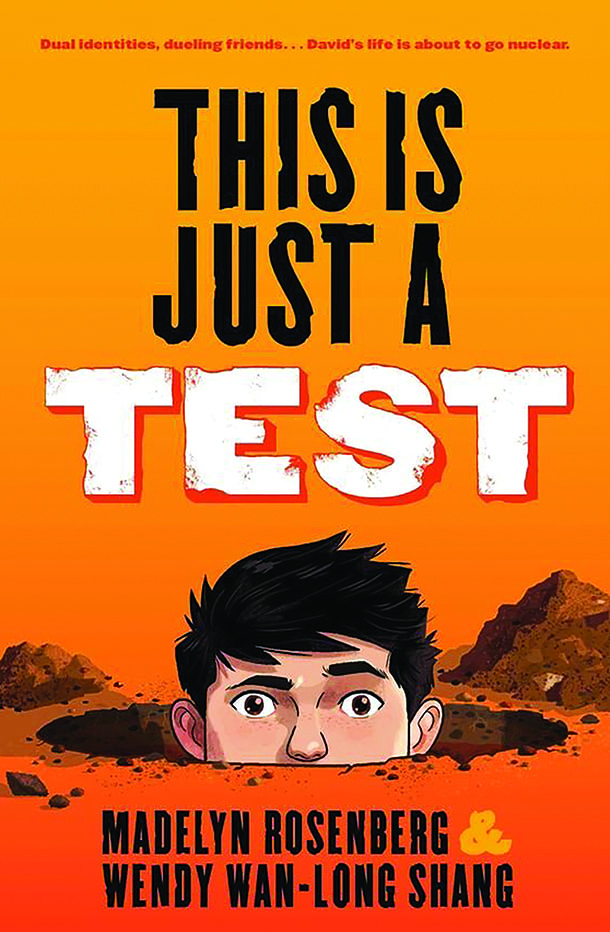 I don’t necessarily have much in common with David Da-Wei Horowitz, protagonist of Madelyn Rosenberg and Wendy Wan-Long Shang’s story This is Just a Test. I’m too young to remember the ‘80’s, the setting for his worries about surviving both junior high school and the Cold War, and too old to remember how exactly my brain was working when I was thirteen. But like David, who is half Chinese and half Jewish, I’m a person with parents from different races. I understand the feeling of having “dual identities” (and perhaps sometimes identities that “duel”, too), and I think the book’s message is an important and under-championed one: valuing multiple parts of your identity doesn’t make you a lesser half of either, but a whole of both.

The sources of conflict in David’s life come from a number of pretty unique sources. Of course there’s the pressure of his Bar Mitzvah, struggles with friends on the ladder of junior high social hierarchy, and dealing with a crush—certainly the worries of boys in many places and times. But life is more specifically complicated by David’s Jewish and Chinese grandmothers, who seem intent on waging passive aggressive cultural warfare, and anxiety about America and Russia, who seem possible of actually annihilating one another.

Sometimes I was impressed by David’s refreshing emotional maturity in navigating his troubles, and other times I felt Rosenberg and Shang wrote him some lines that I wouldn’t have swallowed even as a thirteen-year-old. But what made his life most dimensional and interesting to read about was the authors’ depiction of his family.

Siblings, parents, and grand-parents aren’t usually given a lot of care in young adult fiction, perhaps because they’re the source of tradition, rules, and deeply uncool attention during teenage years. But David’s grandmothers, though they sometimes approach caricature during their disagreements, clearly have meaningful history, different ways of expressing their love, and senses of humor. Through David’s eyes we can understand how they in turn put pressure on his parents, and that if David sometimes feels alone in his multicultural corner, so too does his sister. It was refreshing to read about a young boy learning to claim his identity, a familiar coming-of-age theme, but also learning to express empathy.

Rosenberg and Shang’s warm, mostly realistic handling of David’s multicultural family speaks for their comprehensive understanding of the struggles of identity they depict, and makes David a unique and relatable role model of a character.