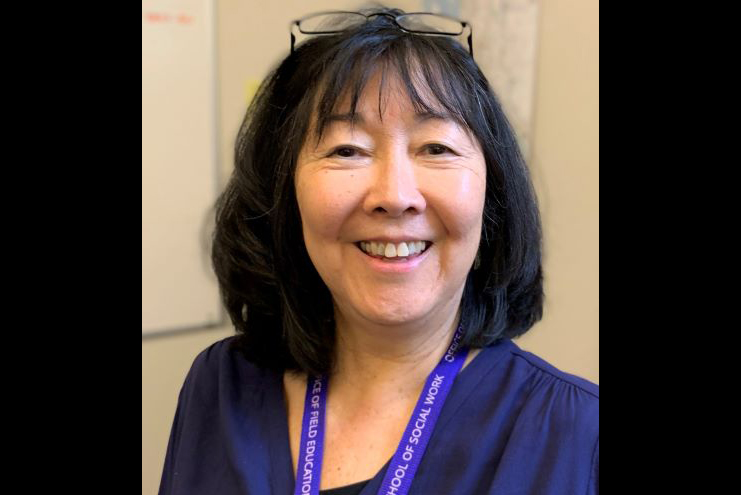 Unfortunately, fame is fleeting, even for high-profile community leaders.

Recently, when Theresa Fujiwara stopped by the office of Asian Counseling and Referral Services (ACRS) to drop off a donation for the agency’s October 1 fundraising gala, she was met at the front counter by a young staff member who politely, but matter-of-factly told her to “wait and have a seat.”

Dean Wong, an older staff member who noticed the exchange, excitedly interjected, “Do you know who she is?” He explained that Fujiwara had helped give birth to ACRS and had steered it through its formative growth years as its executive director. He was disappointed at the lack of institutional memory.

But those who have worked with her in the non-profit social services sector remember well her legacy at ACRS and at other area agencies to which she’s devoted her energies and passion.

Fujiwara will be honored with a lifetime achievement award at the International Examiner’s annual Community Voice Awards fundraiser on Thursday, October 27 at Joyale Seafood Restaurant.

For the past 10 years, Fujiwara has served as associate vice president at United Way, assisting in the allocation of over $30 million. She also previously worked at the Annie E. Casey Foundation, serving as site director for a “community change” initiative targeting vulnerable immigrants and refugees in Seattle’s White Center.

Fujiwara explained that she resigned from United Way after having pushed a strong racial justice and equity agenda. She confessed that she often felt frustrated by the lack of support. “There comes a time when you face a lot of push back and you’re forced to make tradeoffs that you don’t feel are right,” she said.

Fujiwara was among the small group of social work students and activists who established ACRS in 1973. She worked as associate director from 1978 to 1985. Starting her tenure as executive director in June,1985, the agency’s budget was $800,000. When she left in 1993, it had grown to over $3 million.

Alice Ito said Fujiwara led an audacious $700,000 capital campaign which allowed ACRS to move from a tiny cramped space in the Bush Hotel into a much larger building near 12th and Jackson Street.

“At the time, few non-profits in communities of color led by community members had done such a thing,” she said. “By today’s standards, it was a small campaign, but it wasn’t clear how funders would respond. It was a tremendous milestone for ACRS and the community, and paved the way for many others.”

Fujiwara, a lifelong resident of Southeast Seattle, is the daughter and granddaughter of Japanese Americans who were incarcerated in Puyallup at Camp Harmony and later in Minidoka, Idaho during World War II. Growing up, she said, her parents, didn’t want to talk about that earlier time. “Their feeling was, ‘Why should we talk about something that was so awful?’ But I knew. We never ate spam or went to the Puyallup Fair.”

Fujiwara said she was shaped by the trauma of her family’s unjust treatment, her Catholic upbringing and the Civil Rights Movement of the 1960s and 70s.

Fujiwara’s parents worked at Boeing: her father as a photographer and her mother as a draftsperson. The two were laid off during the company’s big economic bust. “They both collected unemployment,” she said. “I was a Boeing baby.”

“When I attended the University of Washington, I began to make the connections,” she said. “It was the height of the anti-war protests and ethnic studies.” As a graduate student in social work in 1976, Fujiwara co-taught an Asian American studies class to help pay for her education. Student activists were demonstrating against the new King County domed stadium on the edge of the International District. “We gave credit to students for going down to protest the Kingdome,” she said, smiling at the memory.

“At the time, we all called him ‘Mr. Santos,’” Fujiwara said. “He wasn’t ‘Uncle Bob.’ It was a real learning experience. I was exposed to the Asian Coalition for Equality and the organizing he was doing with the Black construction workers.”

Sue Taoka, a good friend who later worked closely with Santos at Inter-Im, adds, “When I think of Theresa, the words tenacious, ethical, smart, kind and tough come to mind.”

Taoka said Santos took special note of Fujiwara’s unyielding honesty: “One of her jobs was to answer the phone. Bob would ask her to tell callers he was not there so he could finish something. But Theresa refused. Bob had to walk out of the office any time he didn’t want to talk on the phone so Theresa could honestly say, ‘Bob’s not in the office.’”

In the 1980s and 90s, Theresa worked closely with the “Four Amigos”—Larry Gossett, Roberto Maestas, Bob Santos, and Bernie Whitebear. These agency directors helped foster a unified voice for social change through the Minority Executive Directors Coalition of King County.

Ito said the Four Amigos went to Japan as part of a cultural exchange which Fujiwara helped coordinate with a counterpart in Japan. Ito also participated.

“The Japanese audiences were fascinated to hear from Americans who didn’t fit their image of what an American looked like, and the Amigos were equally intrigued to experience being in a country where the majority wasn’t white,” Ito recalled. “Theresa’s deep relationships with the Amigos and other community leaders here and in Japan made this unusual educational exchange possible. It’s an example of the kind of bridge building she’s done throughout her career.”

According to Taoka, Fujiwara had long envisioned a community-based research and advocacy institute for communities of color. “At United Way, she was able to germinate this idea through the Equitable Recovery & Reconciliation Alliance,” Taoka said. “She nurtured young leaders of color to lead this effort. It’s been amazing to see the energy and commitment to shifting the paradigm of community action.”

Since retirement, Fujiwara has stepped up her involvement with the First Hill Lions Club, which has deep roots in the Asian American community. She began attending in the 1980s after the Lions made a donation to ACRS. Now she has more time to attend the Tuesday lunch meetings at Tai Tung Restaurant. She is also on the board of OneAmerica.

What words of advice does Theresa offer to today’s emerging leaders?

“Cherish the people in your lives. Those relationships are the source of great wisdom and inspiration. Think outside the box. The change we seek will not come from being complicit with the status quo. Never give up. It is collective tenacity that will move us toward race and social justice.”