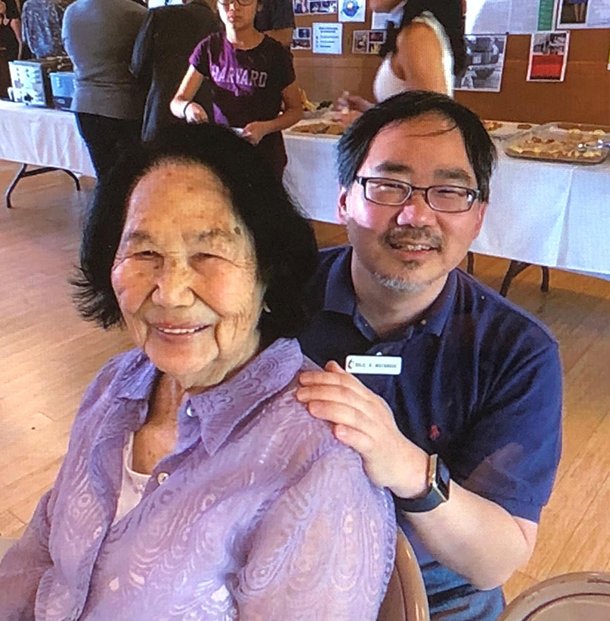 I am not sure my story is unique.  Like many others of my generation, it was not as easy to be “out and free” when I was younger, at least not like it is today.  There were few queer role models, and even those that were around did not resonate with me.  In truth, it has only been a few years since I have officially been out to my mother, even though in other parts of my life, both work and social, it was not a secret.  When I finally made that decision to tell my mom, it was the eve of sharing a testimonial at my church about being a gay Christian.  Not sure how I would have reacted if my mom had said “please do not share this at church.”  I did not have to worry, however, as my mom took it well and has been absolutely wonderful since that official declaration with the words “I am gay” was said to her.

As I reflect on what took so long for me to be out to my mother, I know why.  In my younger days I heard far too many stories from other API queer males that all was fine if the words were never spoken.  I had an acquaintance in high school that I heard had come out to his parents and was forced out of his home and lost all ties with his family.  I subscribed to this belief that it would be okay if I lived as a closeted gay male and let my mom believe that I had not found the right girl.  Family was, and is, important to me so I was content.

When contemplating what to write for this reflection, I decided to bring myself back to that place when I was not out and what gave me the confidence to reveal my true self.  I realize there are some things you cannot hide.  My grandparents and parents were targeted and incarcerated in American concentration campus during WWII.  Guilty because of their race and forced out of their homes and sent to a desolate camp in Idaho through the presidential Executive Order 9066, which allowed for the forced removal of all Japanese Americans living along the West Coast.

My family could not hide who they were.  This kind of hate is powerful and painful.  There is nothing you can do to change who you are to redirect it.  Although I have heard a few stories, by far the majority did not deny their identity and followed the government order that imprisoned them behind barbed wire for three years based solely on their identity. This kind of hate and target against something you cannot change, for the very core of who you are, is exactly the reason I think I chose to eventually say the words to my mother.  I admit I did not have as much to lose, especially since most of my siblings already knew, and I was in a place where I would not sacrifice what I valued most – family.

Knowing the history of discrimination against a marginalized community, my community, gave me strength and a hope that my mom would understand what it meant to have a gay son.  In my years working on and attending the annual pilgrimage to the Minidoka National Historic Site in Idaho, where my family spent three years during WWII, it is a time to reflect and hear the stories of the survivors and how they rose above such hate. I have learned of their stories of resilience, how my grandparent’s generation struggled and fought against racist laws and oppression, culminating in losing everything they had worked for to end up in an American prison.  For my grandparents and parents who endured being forced from their home, from the life that they had built, simply because they were of a certain ethnic group cut to the very core.  This shameful chapter in American history continues to haunt the social justice fabric of our nation as it could easily be repeated.  We are seeing signs today with the so-called travel ban against predominantly Muslim countries fueled by the media representation of what a terrorist looks like.

I find strength from the generations before me and feel it is my duty to speak out today to remind us to never forget that we have been there before.  As a community, we understand and know what prejudice looks, and more importantly, feels like. As people that know, we should be even more vigilant to speak out against such prejudice.

I am inspired by people like Fred Korematsu who made it his mission to travel the country speaking about his experience shortly after 9-11 to ensure that Muslims were not treated the same way as Japanese Americans were in 1942.  The pilgrimage to Minidoka is my passion not just because I am a descendent of a family imprisoned in Block 14, Barrack 10, but because this is an American story that happened to innocent Americans and should not be repeated.

I found my definition of who I am from the foundation of the past, to honor the sacrifices of the family that came before me.  I drew from their courage to be my true self and share with my entire family that I am a proud gay Asian male.  I am proud of who I am and recognize that there is nothing better than knowing who you truly are.