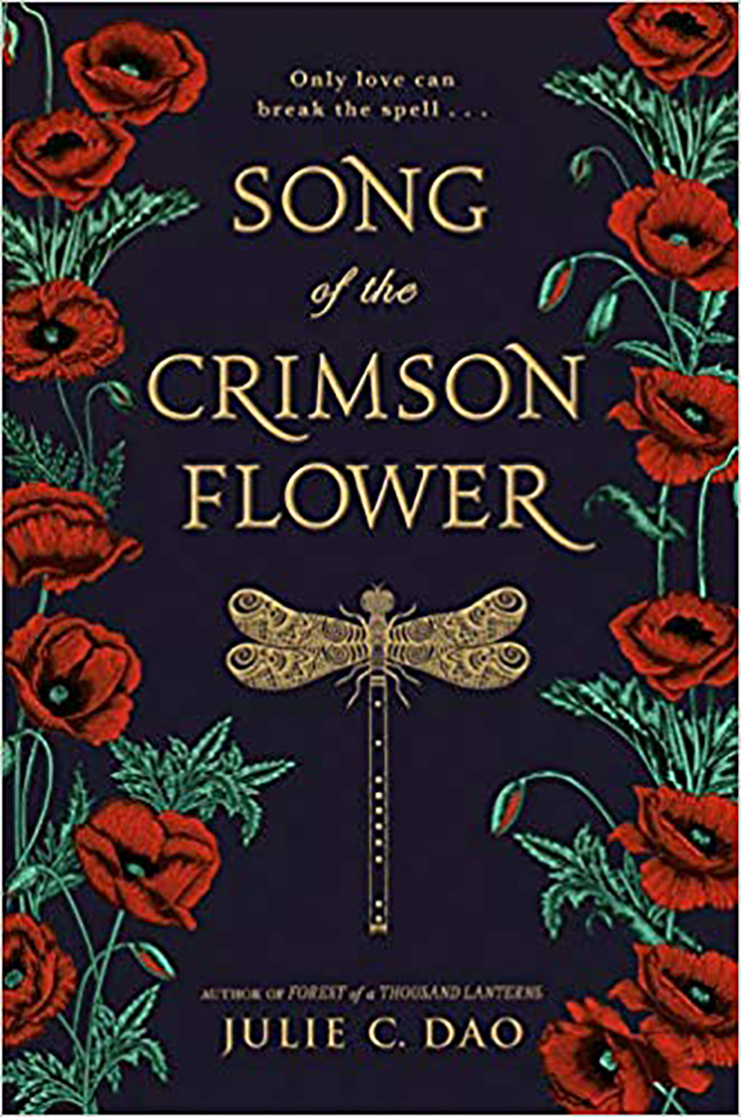 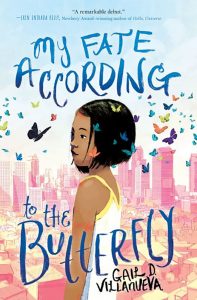 My Fate According to the Butterfly
By Gail D. Villanueva

Villanueva’s novel gives young readers a colorful glimpse of life in Manila, capital of the Philippines, through the eyes of its heroine Sab. Just before her eleventh birthday, she encounters a legendary black butterfly – an omen she solemnly interprets as fatal – and sets in motion a personal quest to learn more about her family’s past. Though they could be called unusual, with her parents divorced and her father now married to his same-sex partner, it’s never stopped them from being happy. But then why won’t her big sister, Ate Nadine, speak to their father anymore? Her discoveries touch on ambitious topics like drug abuse, police violence, and toxic colonial mentalities, but the story keeps its distance from the darkest corners of these themes. Older readers may find the book’s narration and dialogue rather obvious, but I can forgive a direct approach in a story for young people that tackles some complex social issues. Most importantly, Sab’s family relationships are strong and three-dimensional, which is at the core of My Fate According to the Butterfly. 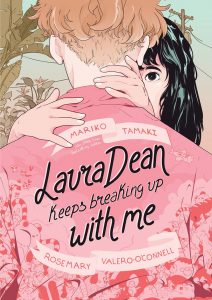 In this luxuriously illustrated graphic novel from author Tamaki and artist Valero-O’Connell, we’re introduced to 17-year-old Freddy just as she’s had her heart broken again. Her girlfriend, magnetic but unpredictable Laura Dean, can make the softer Freddy feel like she doesn’t deserve Laura’s attention. But Freddy’s friends know something that Freddy fails to see – it’s really the other way around. Although a story about beautiful high schoolers suffering the pangs of romance is nothing new for teenage fiction, this particular telling is graced by diverse characters in a visually lush atmosphere, one that gently includes social differences rather than making identity its theme. Rather, universal concepts like care and respect drive this story, and provide an under-appreciated message for young people: romantic love isn’t always the answer. This is a book I would have appreciated reading in high school. 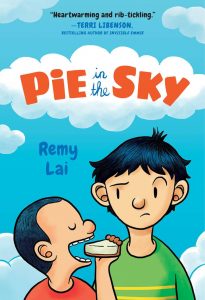 Pie in the Sky
By Remy Lai

Pie in the Sky is a wonderful reminder to me that junior fiction isn’t limited in the ways it can move and entertain me as an adult. Lai’s story, told partially in simple but creative illustrations, packs an emotional punch alongside moments of real sweetness – literally, as it includes baking recipes. Its 11-year-old protagonist Jingwen comes from a family of bakers, and is coping with huge changes after a terrible tragedy and relocation from China to Australia. While taking responsibility for his difficult younger brother and struggling to learn English and fit in at school, he finds solace in baking cakes. Though he shows remarkable cleverness and maturity while making increasingly complicated delicacies, he keeps the results fiercely secret from his mother – who has forbidden the use of the oven while she works late – just as he battles to contain his anxiety and grief. Well-constructed and gently told, Lai’s book illustrates the feelings of alienation in a new country with painful accuracy, but the strength and tenderness of a family with ample humor and warmth. 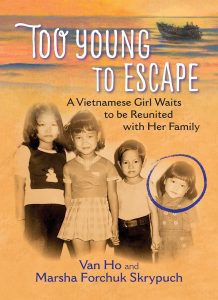 Too Young to Escape
By Van Ho and Marsha Forchuk Skrypuch

Together with author Skrypuch, Ho remembers her childhood in early 1980s communist South Vietnam and the burdens she took on as the youngest daughter of a family that ultimately sought political asylum in Canada. When her parents and older siblings must suddenly flee, tiny 4-year-old Ho is left with her grandmother to appease a strained relationship with her relatives, deter suspicions from corrupt government officials, and grapple with her feelings of abandonment. Her story is told in a basic but immediate way that gives lots of detail about daily life in Ho Chi Minh City at the time. While the writing itself probably won’t challenge the book’s intended middle school audience, the story it tells, especially from the perspective of a child, is weighty. 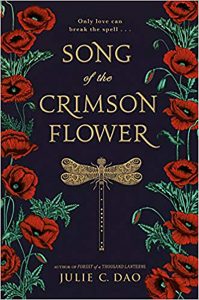 Song of the Crimson Flower
By Julie C. Dao

Dao’s Song of the Crimson Flower takes us down a promising, if uneven, path for young adult fantasy with her Vietnamese-inspired world. The opportunity to read about an Eastern magical landscape is exciting, even if this particular tale doesn’t escape some Western fantasy formulas. The unlikely romance between a pure-hearted orphan boy and a headstrong daughter of high class results exactly as one might expect in the young adult genre, and magical rules and societal structure are left rather vague unless called upon to move the plot along. Dao’s heroine Lan, however, undergoes a more unusual character arc, beginning the book as a spoiled almost-anti-hero, and her growth helps to refresh the story. While this story may not be the best-developed on the fantasy shelves, I can still imagine it being eagerly devoured by fans of bold heroines and fresh imaginary realms. 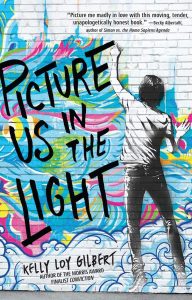 Picture Us in the Light
By Kelly Loy Gilbert

Young adult novels often tackle a central problem faced by those coming of age, but Kelly Loy Gilbert’s novel Picture Us in the Light doesn’t stop at one. A single book could have been dedicated any one of the difficulties handed to her protagonist, Danny Cheng, who faces coming to terms with the suicide of a friend, concealing an inconvenient crush on another boy, and unearthing an increasingly convoluted tragedy from his parents’ past, all over one packed, sleepless senior year of high school.

However, despite his relentless emotional course load, Danny remains pretty relatable. The book finds growing time for his ambitions as an artist, giving him a visually creative voice that I found particularly enjoyable to read. And crucially for the young adult genre, his peers are almost always granted a non-patronizing portrayal, free from teen tropes of over-enthusiastic emoji use or slang even I know isn’t cool anymore. Loy Gilbert’s success in holding together such a heavily-laden story rests on her ability to touch lightly on subjects like mental illness, economic inequality, and immigration while still allowing each a measure of the complexity they deserve.