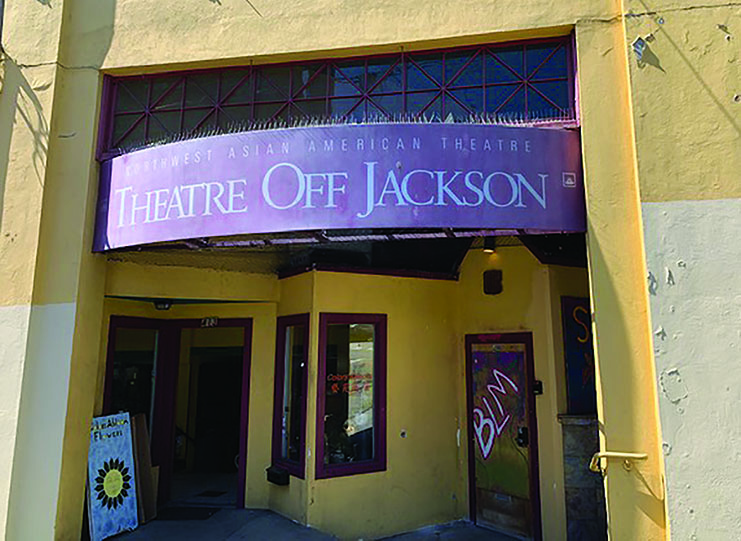 Like all other theatre venues in Seattle, Theatre Off Jackson in the Chinatown International District has suspended all in-person performances during the COVID-19 pandemic. But executive director Patti West and TOJ’s leadership have big plans in mind, and they want the community’s input too.

TOJ is launching a “Reimagine TOJ Upstairs Project,” and is collecting community ideas through a survey on its webpage from now until April 30. “We hope to learn what facility elements the CID and the greater arts community needs as the Seattle landscape continues to change,” West said. “We want to renovate in a way that will enrich the CID which will be directly informed by the survey results.”

During the COVID-19 pandemic, TOJ’s leadership has been proactive in managing the TOJ space and organization. “TOJ has been fortunate to receive two PPP loans, as well as emergency funding grants from HSD, the city, county and state,” West said. “We have also held two fundraisers: our Spring GiveBIG campaign and our annual auction and gala, which we did online in 2020 and will be online again in September 2021.”

In its survey invitation, TOJ mentions that it does not hold a long-term lease, but has the opportunity to negotiate one. “As we negotiate a long-term lease with our landlords and begin to raise money to renovate the building, we need to be creative about how we maximize the utilization of the upstairs space without disruptive noise bleed issues to the downstairs theatre programming,” West said. “Our objective has been to provide an affordable performance venue to the community, while also being financially sustainable for us in the long-term.” 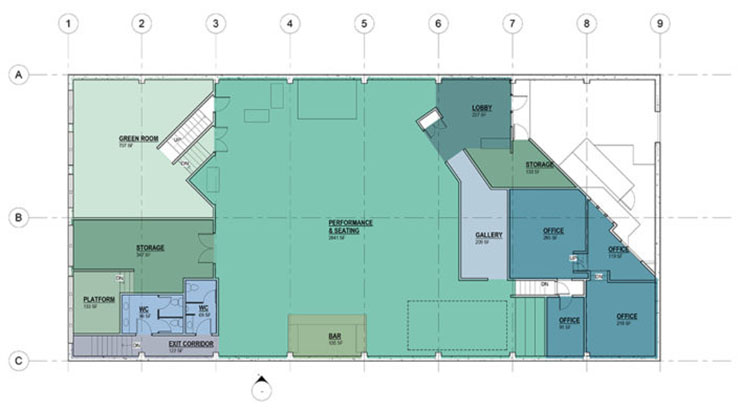 Because this renovation requires creative solutions, West says that the TOJ board believes that the best way to develop them is to appeal to the community and potential space partners. “After launching the survey live for five days, we already received 112 responses,” West said. “We also have community partners like Friends of Little Saigon, Humbows not Hotels, ACRS, Artist Trust and Pork Filled Players sharing the survey with their communities. We are excited about the momentum that’s building around this project!”

Above all, the TOJ leadership wants to ensure that the building remains an arts venue.  “It was the longtime home of The Wing Luke Museum and NWAAT, and Theatre Off Jackson has been in operation in it since 2005,” West said. “As our neighborhood grows and changes, we want to make the arts fill this space for a long time to come. Arts spaces are disappearing in Seattle, and the pandemic has just made that issue worse.”

Once community feedback is collected throughout April, a report will be prepared for the TOJ board. “Susan Lieu is the community engagement project manager for this initiative,” West said. “She has taken the lead on developing the survey, community outreach, and will be analyzing the results for the final report.”

In addition to collecting survey data, Lieu is also hosting three Community Town Halls, on April  7th, 22nd and 25th. “We hope community members who see the CID as home as well potential space tenants come to learn more about the initiative,” Lieu said. “We won’t be renovating until at least 2023 and we want anyone interested in preserving arts space to bring their questions. This is a community-driven effort and we want to be transparent about the process as we reimagine the space together.””

Once the decisions have been made, the renovations will occur over two years. “The lease we negotiate with the landlord will be based on Theatre Off Jackson funding the space improvements in exchange for a more favorable, long-term monthly rental rate,” West said. “We are planning the building renovation in specific phases so that it will be financially feasible.”

TOJ credits the city and community with help in determining this feasibility. “We have been working on a construction feasibility study for the past two years with the help of SCIpda and funding from Historic South Downtown,” West said. “This study has provided us with design and construction estimates for the renovations we know are necessary. It has also helped us to determine the best phasing for the project.”

The existing limits of TOJ’s building have influenced these plans. “This feasibility study will be completed in April, with the last element in progress an acoustical study of various flooring treatments to help with the noise-bleed issues between the upstairs space and the downstairs theater,” West reported. “While we won’t be able to hold performances in both space at the same time due to noise, we do hope to be able to host small gatherings, rehearsals and more upstairs while the theater is in use”

The new buildout will occur in multiple phases over 2022 and 2023. “Phase One will include the upstairs public entrance on 7th Avenue and upgrading the HVAC and fire safety systems,” said West. “If we hear from community members that office space is a need that we could fill, we may also renovate the office areas as a part of Phase One.”

Of course, all this improvement will require money. “We are also in the very first stages of planning for a capital campaign for renovations,” West said. “Funding from 4Culture is enabling us to build our capacity so that we can launch a fully-informed capital campaign once we have a long-term lease in hand.”

Susan Lieu, for her part, is optimistic. “Over the decades, the TOJ space has evolved based on community need,” Lieu said. “It has had two different theatres occupants, a museum, and originally it was a taxi garage. With the rise of gentrification in the CID neighborhood and disappearing arts venues throughout Seattle, it has been even more critical that we reinvent what TOJ is in this decade.”

Lieu credits TOJ’s tenacity to its local supporters. “We have survived over the years because of the immense community support as patrons, volunteers, and donors,” she said. “We want to reimagine a space where people feel welcome and where they feel like they belong.”

To that end, Lieu makes a personal appeal to all community members to share their wishes and requests in support of future arts events in the CID. “This is why we’re enlisting your input throughout the month of April,” she said. “We hope to see you in the Upstairs in a few years, and can’t wait to see what we dream up together.”