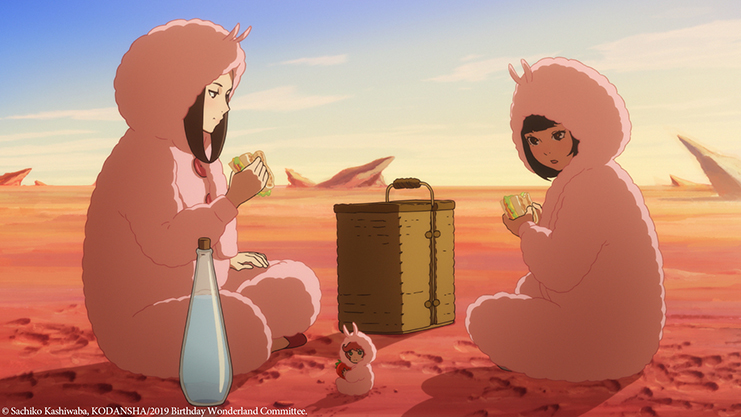 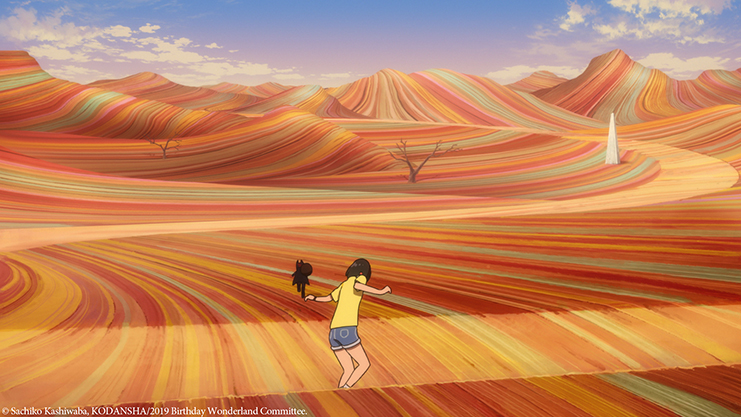 A cursory glance at Keiichi Hara’s early career may seem like he always had to settle for second best: He decided to attend Tokyo Designer Gakuin College, which had an animation program, instead of going to art school because he knew his artistic ability was not good enough for him to gain admission. Even after he graduated, he eventually settled on becoming a director because he knew many animators had skills that far surpassed his own.

Hara’s first start in the animation industry, however, speaks volumes about the audacious attitude and bold courage that prodded him to later take risks to challenge himself on animation projects that had themes and content more suited for a mature audience. After he graduated, he found himself competing for sparse work opportunities; in desperation, he abruptly left the tour of the animation studio Tokyo Movie, now known as TMS Entertainment, to seek out an artistic director and beg him for a job. Impressed by his verve, the director connected him to a company that made commercials. After several years, Hara eventually found himself employed by Shin-Ei Animation and became heavily involved with two of the studio’s biggest television franchises: Doraemon and Crayon Shin-Chan.

As an animation director and script writer at Shin-Ei, he was no stranger to awards. His movie Crayon Shin-Chan: Fierceness That Invites Storm! The Battle of the Warring States received the Tokyo Anime Award for Best Director in 2003 and won Grand Prize at the Japan Media Arts Festival in 2002. Summer Days with Coo, the first feature film that he had some creative license over while working at Shin-Ei, won Best Animation Film at the Mainichi Film Concourse and Best Screenplay at the Tokyo Anime Awards in 2008 (this movie will be released on Blu-ray and DVD on Jan. 21).

After working at the studio for 25 years, he quit and became a freelancer to work on the animated film adaptation of the Japanese book Colorful written by Eto Mori. The story is about a soul getting a second chance at life by entering the dead body of a middle school student who had committed suicide. Although he initially didn’t think it would adapt well as an animation, he decided to take the challenge upon the insistence of the production company. Colorful gained him international recognition when it won the Audience Award and Special Distinction prize at the Annecy International Animation Film Festival in 2011.

His second independent animated feature Miss Hokusai, which is about the renowned Japanese printmaker Katsushika Hokusai and his daughter O-Ei, won the Jury Award at the Annecy Film Festival in 2015 and both the Satoshi Kon and the Gold Audience Award at the 19th Fantasia Film Festival in Montreal. He tackled a biopic about the filmmaker Keisuke Kinoshita as his first venture into live-action films. Dawn of a Filmmaker: The Keisuke Kinoshita Story won the Kinema Junpo Award for Best Supporting Actress in 2014 and was nominated for a Blue Ribbon Award for Best Film in 2013.

His achievements have also received special recognition from his own country. The Tokyo International Film Festival chose to highlight his work in 2017, which marked the 100th year of Japanese animation and TIFF’s 30th anniversary. The Japanese government also awarded him with the Medal of Honor with Purple Ribbon in 2018, which is given to people who have made significant contributions in the academics or the arts. The Tokyo Anime Award Festival gave him the Anime d’or Award in 2015. At the time, Isao Takahata, the man behind Studio Ghibli’s Grave of the Fireflies and The Tale of Princess Kaguya, had been the only other filmmaker to receive the honor.

Hara released his third independent animated feature film Birthday Wonderland last year which will show at the Grand Illusion Cinema as The Wonderland from Jan. 31 to Feb. 2. Adapted from the children’s story Strange Journey from the Basement by Sachiko Kashiwaba, the story follows a young adolescent girl named Akane, who feels guilty about not defending a fellow classmate who is now getting snubbed by other girls in their social circle. Faking an upset stomachache, she stays at home. Her mother, seeing through her ruse, sends Akane to Chii’s Bric-à-Brac to pick up the birthday present she ordered for Akane’s birthday, which would be the following day.

Chii seems to be a family friend in her late twenties who manages a shop filled with curiosities and trinkets from around the world. She spends much of her time travelling to acquire small treasures for her shop. Confused by the mention of Akane’s birthday present, Chii searches for it while Akane explores the shop. She comes across a block of white plaster with a handprint on it.

Wondering if it was a piece of the Berlin Wall, she places her hand into the imprint and gets her hand stuck, which draws the presence of a dapper gentleman by the name of Hippocrates out of the store’s basement. A small figurine by the plaster transforms into a living creature named Pipo, Hippocrates’ apprentice. The two inform them that Akane is the Goddess of the Green Wind and that her presence is needed to face a dire problem in their parallel world.

A reluctant heroine from the start, Akane is practically forced to follow Hippocrates and Pipo down into the basement with Chii not far behind, and they come out to be greeted by a simpler world filled with larger-than-life animals, rustic beauty and magic. Chii, the adventurous one, is enraptured by the new world while Akane is filled with trepidation and uncertainty. They find out that the world is suffering through some environmental problems that have been gradually affecting their livelihood. To get to the root of the problem, they must go to Sakasatongara Market near the Timeless Rain Castle to find the prince whose royal lineage is tied to the water source and see to it that he is present for the Drop Mist Ceremony, which distributes water throughout their world. Meanwhile, a monster named Zan Gu and his assistant Doropo have been terrorizing the people in a vehicle that has been nicknamed the armored mouse. 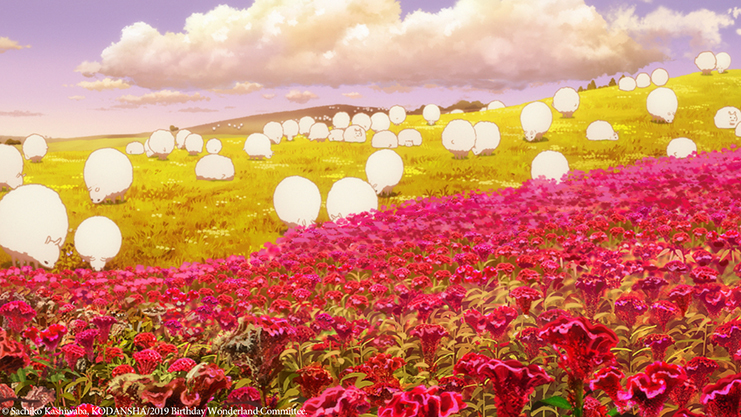 This story is a classic hero’s tale and coming-of-age story filled with wonderful visual imagery and many hilarious scenes and moments. Cat lovers will get an added bonus of delight with the opening scene and the guard house scene in Sakasatongara when Akane must have her comeuppance for what she did to her cat Goro-beh earlier in the film. Let it be a lesson to all: Never forget a cat’s seal of love. Hippocrates is also changed later in the film into a low-class pest, a far cry from his prestigious appearance that leads to many fun moments.

A great family film that encourages young adolescents to be brave and open-minded about moving forward and having the courage to try new things, The Wonderland will be sure to delight people of all ages. The warnings it leaves about the environment does seem to hearken back to the films of Studio Ghibli, but make no mistake, this film is not a Miyazaki wannabe. Watch this wonderfully bright film at the Grand Illusion instead of staring at Seattle’s overcast skies as you plan for this winter.