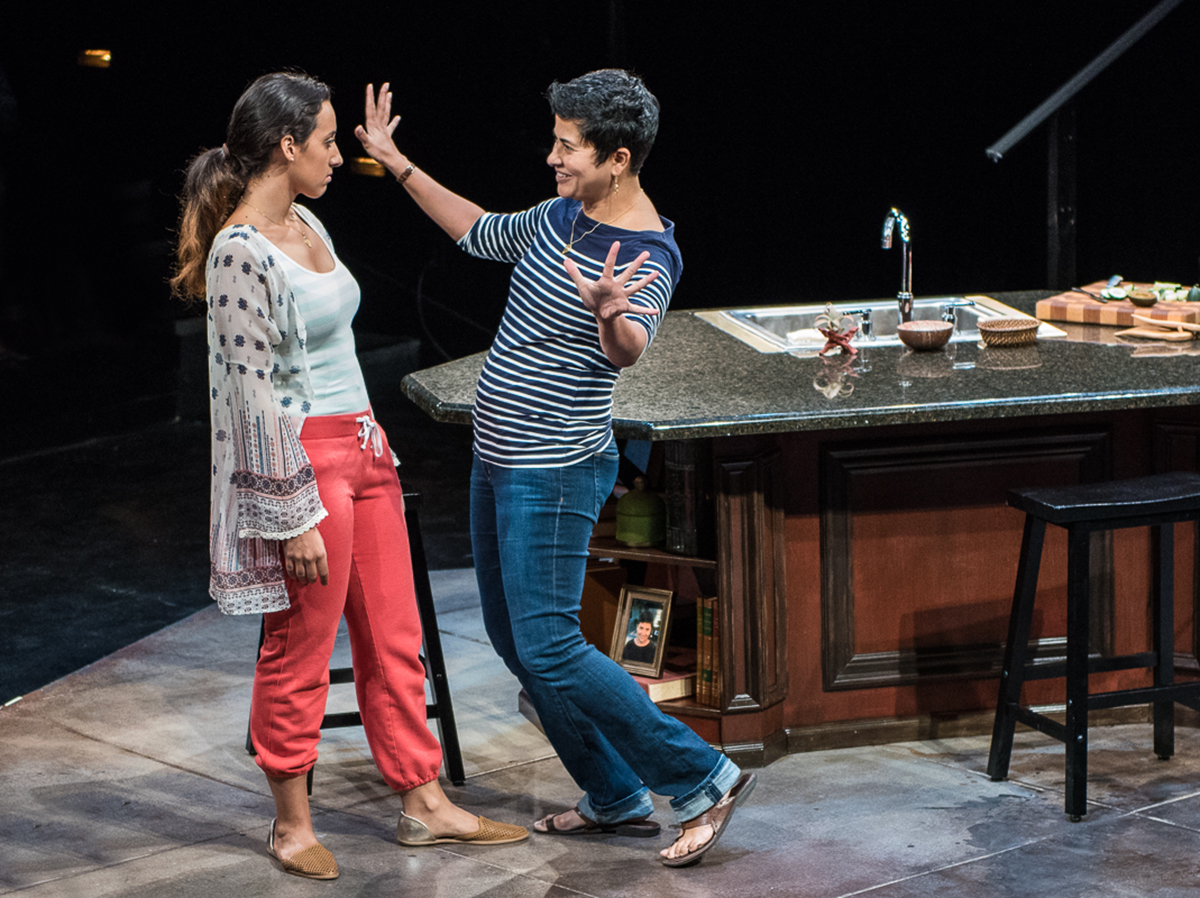 Pratidhwani has been serving the South Asian American community since 2003, and has now teamed up with local theatre company ArtsWest to bring another play by Pulitzer Prize winner Ayad Akhtar to the Seattle stage.

The two companies will co-produce Akhtar’s The Who and the What at ArtsWest’s location in West Seattle. The play centers on the character of Zarina, a young Muslim woman, who must balance her views on the role of women in Islam with the conservative traditions of her family and her faith.

ArtsWest’s managing director Laura Lee says her company has been interested in Akhtar’s work for quite a while. “Our Artistic Director, Mathew Wright, has been a fan of Ayad Akhtar’s work for a long time,” she said, “and this particular play has been on his radar for the last couple of years.”

It was just a question of timing. “At ArtsWest, we choose a narrative, a question, a thread for our seasons and so we have been waiting for the right moment to produce this play, with the right people,” Lee said. “This year we are looking at the question of Identity and this then becomes a perfect fit.”

Lee describes the Pratidhwani-ArtsWest partnership as a natural one. “When we chose to put this play in our season, we knew that we needed and wanted Agastya Kohli and Pratidhwani to be part of bringing this story to life,” she said. “The leadership of ArtsWest is white, and we recognize that we do not have the lenses to see all that must be seen to make this play authentic, real, and representative of the characters and this story.”

The two companies have shared the workload according to their resources. “Pratidhwani has infused this production with a wealth of experience and information, from subtle nuances on the type of spice box that may be found in a Pakistani kitchen, to the correct pronunciation of language, to the understanding of the importance of the marriage certificate in a Muslim wedding,” Lee said. “Their presence is found throughout the actual bringing-to-life of the story and ArtsWest has provided the funding to produce the work, and has incorporated it into our offerings for our season subscribers and our single ticket buyers.”

This partnership presented a great opportunity for local director Samip Raval. “I was very interested in this family’s dynamic and a story of an immigrant father in constant search to connect with his daughters,” Raval said. “So much of this play speaks to immigrants and first generation Americans, but I also believe so much of the relationship between these characters can illuminate in a family the motives behind our battles to understand each other.”

Raval brings to this project extensive prior experience with Akhtar’s work, having performed in three productions of Akhtar’s play Disgraced. “For me, idea of working on another one of his plays felt very refreshing, and especially one that centers on a female character,” Raval said.

Actor Monika Jolly, who plays the role of Zarina, agrees. “To see such a strong American woman, who just happens to be Muslim and Pakistani, was a huge draw for me in terms of auditioning for this role,” said Jolly, who previously portrayed Zarina in a prior production of The Who and The What in San Diego. “I think the most interesting thing about her is her strength and vulnerability that exists together at the same time throughout her journey.”

The complexities of family are a large focus of the play’s narrative. “I loved that this play is about a family that loves each other so much,” Raval said, “and yet still has an entire world of learning to undergo before truly understanding each other.”

Actor Abhijeet Rane shares this interest. “While I am not a Muslim, the challenges of being an immigrant with two daughters is very real for me,” said Rane, who plays Afzal, the father of Zarina. “I saw a lot of my kids when understanding the personalities of the characters, and I often think about how I would react if the situation were to occur for real in my life.”

To explore these challenges, the cast had to build strong connections with each other. “With Samip’s guidance,” Jolly said, “based in a positive style of direction instead of a fear-based one that some directors rely on, I was really able to explore and play and connect deeply with the other actors.”

Raval elaborates on this teamwork goal. “So much of our job is about playing together,” he said. “Each character, no matter how intelligent or justified, is desperate for something that is very human, very primal. Much of this play lives in the intellectual powers between the characters.”

Rane asserts that this family conflict is not exclusive to Muslims alone. “In the final scene, in the epilogue, Afzal confronts the reality of choosing between his faith and his daughter,” Rane said. “His struggle to overcome the obstacle that is his faith is one felt by millions of people around the world of all religions. Blind faith blinds us to all. But change gives hope, and the ability and willingness to change can be a force for good.”

The artists believe this is an important part of the current national conversation. “I think it is important, especially right now with what is going on all around us, for audiences to see a Muslim American family that is just like them, wanting the same things—love, happiness, a great life for their children,” Jolly said. “I think it is the way that we will be able to heal as a community, as a nation—to see our similarities, instead of our differences.”

ArtsWest’s Lee concurs that this community-building is the real goal. “Theater is an art form of collaboration,” she said, “and it is there that we all become so much more than the sum of the individual parts.”

‘The Who and The What’ will be presented from September 7 to October 1 at ArtsWest, 4711 California Ave SW, Seattle. For more information, visit www.artswest.org/theatre-plays/the-who-the-what.