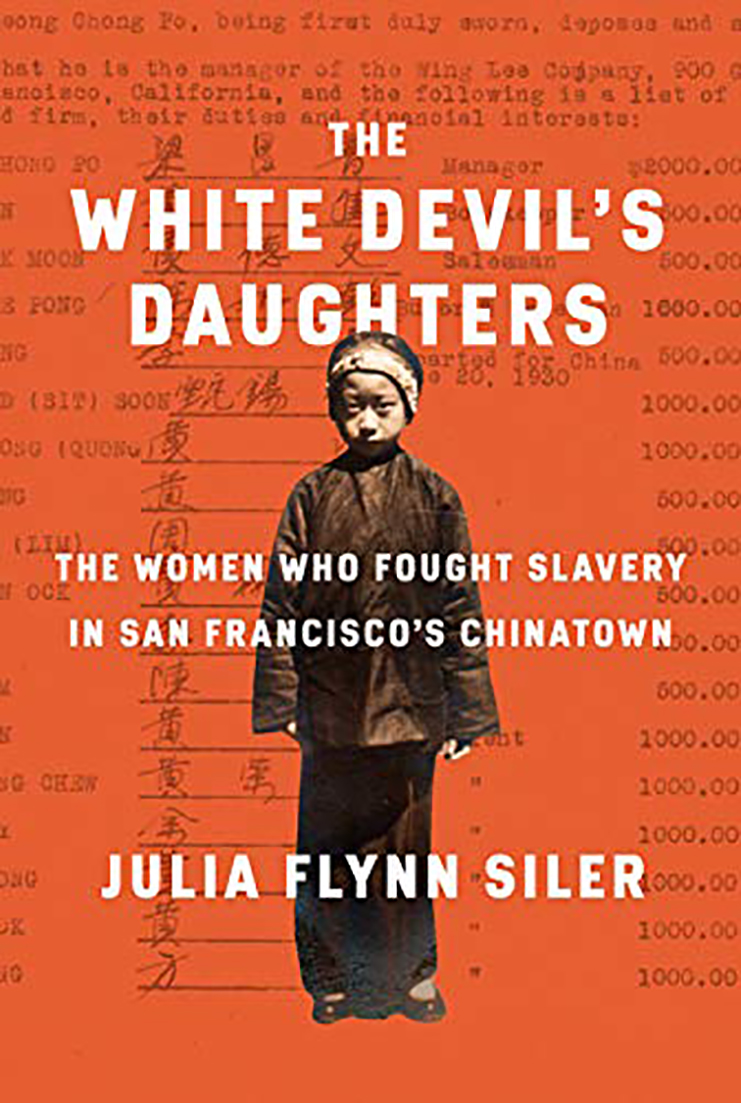 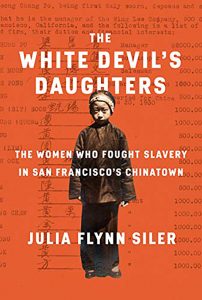 “Holiness is infinite compassion for others — Happiness is great love and much serving.”

This was inscribed on the inside cover of Donaldina Cameron’s well-worn bible. By this definition, Cameron’s life was filled with incredible holiness and much happiness. Her story of fighting sex slavery in early San Francisco Chinatown and saving Chinese girls forced into prostitution is documented in Julia Flynn Siler’s new book, The White Devil’s Daughters. The “white devil” refers to Cameron herself, who was described as such by the slave owners hoping to discourage the enslaved girls from seeking refuge with Cameron.

What would eventually become known as Cameron House was originally known as Occidental Mission Home for Girls. The first half of the book describes the origins of the home and its operations before Cameron came. Cameron arrived originally as a sewing teacher and quickly became the superintendent. Her job consisted of not only overseeing the rowdy house of often over 50 traumatized girls but physically rescuing girls from brothels herself. None of the women working in the home conformed to the dainty Victorian standards for women of the time; in one instance Siler describes, Cameron herself scales a ladder and climbs across rooftops to rescue a young girl.

One worry I had when starting the book was that this would become another white, Christian savior narrative, like those of European colonists in “exotic” nations all around the world. However, I soon found my initial worries to be wrong. The women who ran Mission Home, while white and Christian, were humble in regards to themselves and their culture. Rather than forbid any language but English or any foreign cuisine in order to Westernize the girls, both Cameron and a former superintendent, Margaret Culbertson, did their best to learn Cantonese to better communicate with the girls they rescued. They found that the rescued girls preferred their native foods and the Mission Home tried its best to cater to their tastes. Rather than suppress any “exotic” culture, both Cameron and Culbertson warmly invited and encouraged it.

Cameron and Culbertson’s failures to ever fully grasp Cantonese created a need for both women to have close aides who did speak the language of those they were trying to help. Both superintendents’ right-hand women started as former slaves who were rescued by the Mission Home. These alliances are the focal point of a major theme in this book: the importance and strength of female relationships. Tien Fuh Wu, a former slave girl rescued by the Mission Home, is another protagonist in the book. She eventually becomes Cameron’s closest confidante until the end of their lives. The relationship between Cameron and Tien Fuh Wu exemplify both the amazing results of the work of the Mission Home — turning a former traumatized girl like Tien Fuh Wu into a progressive and independent woman — and also the lack of a superiority complex in the white women who ran the home. Any doubts that this is a story about white savior complex is further dispelled by Cameron’s recognition that “her mission [was] helping other women on their way to independence and hoped to give Asian women the same privileges that she enjoyed” (pg. 165).

Some readers, especially those less familiar with San Francisco or less interested in the wider history of the city, may find certain parts of the book slow. Siler goes into great detail about certain gangs, political figures and businesses in Chinatown and beyond. Many chapters began with passages that seemed to have nothing to do with the Mission Home. While some readers may find these passages dull or distracting, they not only serve to paint more detailed and fleshed out picture of San Francisco in the late 1800s and early 1900s, but Siler makes sure to always tie it back to the Mission Home. It is a very well-organized book in that no character who is introduced is done so unnecessarily. The detail with which Siler introduces all the relevant players of San Francisco in that era makes the recognition of their names later on in the story much more enjoyable and memorable.

The White Devil’s Daughters is filled with tales of female success, female struggles and female happiness. It tells the stories of small moments of feminine joy, like the humble but beautiful weddings held in the doorway of the Mission Home. It tells the stories of courageous women who go against cultural norms to save those in need, and of women who survived unspeakable trauma yet learn to live again.