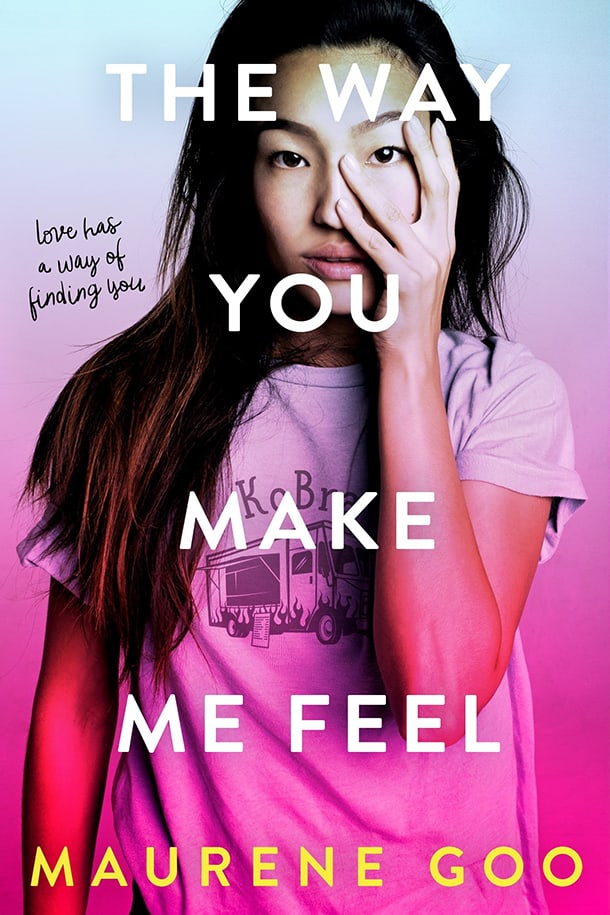 When I first picked up Maurene Goo’s The Way You Make Me Feel, I expected an ordinary coming-of-age summer read that just happens to have an Asian American protagonist, but you can truly feel the love and care Goo put into maintaining cultural authenticity. Goo takes time to incorporate the roots of the Los Angeles food scene and ethnic communities, and every important character in the book is a person of color. If there is one thing I can tell about the author after reading this book, it is that she has pride in her community, and this is important because books that perpetuate Eurocentric views and culture already exist in surplus.

The Way You Make Me Feel is much more than the ordinary coming-of-age young adult book that I thought it would be. The novel centers on Clara Shin, a Korean American teenager living in Los Angeles, California, and her journey to self-discovery. A testament to how the most unwelcomed things can be the best for you, Clara’s self-discovery is initiated by the repercussions from a prank – more accurately, a prank-gone-wrong – that she pulls at her high school’s prom. Stuck working at her father’s Korean-Brazilian food truck the entire summer with her sworn enemy, Rose Carver, an over-achieving, African American know-it-all, Clara is forced to confront problems she has hitherto avoided. Everything she thought she knew is called into question, and by the end of the summer, transitioning from the person she was, to the person she wants to be, becomes her biggest problem.

In the beginning, Clara is rebellious, quick-witted, and independent, with only two good, male friends. But as time goes by, she slowly learns to let down her guard. While Rose’s friendship and probing questions have an impact on Clara’s transition, it is Hamlet Wong, a Chinese American who is crushing hard on Clara, that plays the biggest part. Hard to believe, I know, but unlike Disney and Nickelodeon movies, the love interest is not a White guy. Described as an earnest, enthusiastic, “basic hot” guy who immigrated from Beijing to California in the sixth grade, Hamlet counters the common portrayal of Asian guys in Hollywood as nerdy, awkward, and friend-zoned. This is the type of love interest I appreciate reading about as an Asian American.

There are some imperfect aspects of the novel, mainly towards the last third of the book when Clara starts struggling to balance her old self with her new self. She picks useless fights, and impulsively flies out of the country without permission, because she is mad at her dad. But I understand how this was all necessary to push Clara to completely reflect on herself and resolve all of the problems she had not dealt with yet. It was just a bit much for me, however, and luckily subsided before it became too much to overlook. However, this slight imperfection does not take away from the overall quality of this book because The Way You Make Me Feel is the type of book lovable not only for the main storyline, but maybe more so for the additional literary elements.

The commentary Goo adds to appeal towards the Asian American community is what sticks in your head weeks after reading the book. For example, in passing, she includes the “Asian squat” we all know so well, the annoying restaurant critics whose opinions on Sichuan restaurants hold more weight than someone born in Sichuan, characters calling family friends Grandma/Grandpa/Uncle/Aunt, and other “Asian” anecdotes, that make the book memorable.

Goo also comments on American society, taking a jab at FOX News, and calling out the schools that throw rugs around as decoration and call it an “Arabian Nights” theme, without realizing the cultural implications. There are many more gems like these, and this is what I found myself looking forward to reading throughout the book.

Beyond just incorporating these elements, I appreciate that Goo did not delve into explaining them – a little explanation for a few was just fine. A lot of authors, when using different dialects or cultural practices will automatically give an in-depth explanation, a consideration added for the benefit of non-Asian-American-identifying people. However, the feeling I got with the majority of this story is either you understand it, or you do not, and if you do not, that is the way it is. Goo’s simplistic technique of incorporating these lines was the perfect way to add, but not subtract from the main storyline.

This book combats the danger of a single story, and we need more authors like Maurene Goo to tell our stories, as people of color that actually know them. Enjoy this light-hearted, quirky, and charming summer read, and be prepared to crave food from a Korean-Brazilian food truck in the process!