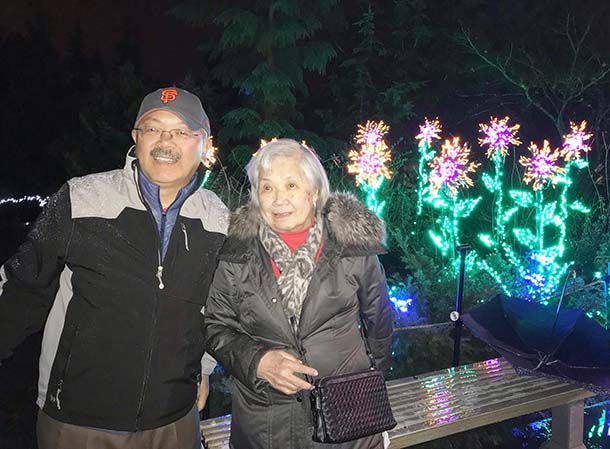 “The greatest way to honor Ed would be for his successors in the San Francisco government to continue his work on immigration, affordable housing, and homelessness,” stated Linna Kitamura in a recent interview with the Examiner regarding her older brother, Ed Lee. Lee, the two-term mayor of San Francisco who grew up in Seattle to Chinese immigrant parents, suddenly passed away last month while in office. “He really did not care about the pomp and circumstance of being mayor of a major world city. He wanted to improve the lives of San Franciscans whom he had served his whole life.”

When Lee’s predecessor, Gavin Newsom, left his post in 2011 as mayor to become California’s Lieutenant Governor, Lee firmly said that he was not interested in becoming mayor. Having served as a civil rights and an affordable housing advocate, and then a civil servant in various departments in San Francisco’s city government, Lee never fashioned himself a politician. He preferred to work behind the scenes to get things done and had already been appointed and confirmed by the Board of Supervisors for a second five-year term as city administrator.

Lee left San Francisco for a vacation to Hong Kong and, while away, the city’s power brokers lined-up near unanimous support for Lee to be appointed interim mayor. Upon his return from Hong Kong, Lee was greeted with overwhelming pressure to take the offer.

“Ed took the offer to be mayor in large part because there was tremendous pressure not only from the power brokers but also from the Asian community in San Francisco,” Kitamura stated. Lee ultimately could not turn down the chance to be the first Asian-American mayor of San Francisco, a city with one of the country’s largest and oldest Asian communities.

According to Kitamura, Lee was a natural choice given his familiarity and knowledge of the city and its various departments. While reluctant to accept, once he began his job as mayor, Lee saw what he could do to restore the economy, help immigrants and the homeless, improve access to affordable housing and make San Francisco a place that catered to all people. Given the opportunity to continue to work on these issues for which he had a passion, the once-reluctant mayor won full-terms in his own right in November 2011 and November 2015.

Lee’s passion for helping others

Lee’s passion to help immigrants and those in affordable housing came from his family’s own humble immigrant experience. One of six children born to Cantonese-speaking immigrants, Lee’s father passed away when he was 15 which left his mother to raise six children.

Lee’s family lived the Yesler Terrace Projects before moving to Seattle’s Beacon Hill neighborhood and owned a small restaurant where Lee witnessed bigoted comments by customers. Kitamura noted that “Ed did not think people should have to accept that.”

Lee went to San Francisco for two reasons. First, in San Francisco there was great opportunity to help a much larger immigrant community in need of affordable housing and other civil rights. Second, in San Francisco being Asian allowed one to be more accepted and to feel less like a minority. The sheer numbers of Asian immigrants in the city meant you did not stick out as distinctly different from the rest.”

While Lee worked on many civil rights cases during his law school days, his most notable self-sacrifice for immigrants was right after he graduated from UC Berkeley law school. He delayed taking the bar exam in order to organize a rent strike at the Ping Yuen apartments that sought to prompt improvements in living conditions there. As a civil rights advocate, many of the people Lee helped were lower-income, Chinese immigrants. As mayor, Kitamura stated that Lee passed legislation authorizing the improvement and redevelopment of certain public housing sites and was successful in implementing a major expansion in affordable housing beyond what any of his predecessors had accomplished.

In addition, Lee sought to make San Francisco a welcoming place for all people from all over the world. Kitamura stated that her brother was in no way worried about losing federal money as a result of Trump administration policies against sanctuary cities. She cited a legal fund Lee set-up to combat any possible Trump administration actions against sanctuary cities as evidence of Lee’s strong commitment to maintain San Francisco as an inclusive city for immigrants, whatever the costs. Lee stated that San Francisco was “a sanctuary city now, tomorrow, forever.”

Given Lee’s commitment to affordable housing, it was natural that he became a strong advocate for San Francisco’s homeless. Lee created a position within the city government specifically dedicated to working with homelessness issues. When Lee would see homeless people in San Francisco’s streets, Kitamura said he would often call his deputy in charge of homeless issues and say, “What are we doing about this? How are we fixing this problem?” Kitamura said that it broke Lee’s heart to see people without housing.

Despite becoming mayor of a major international city, Lee never changed his down to earth approach. Kitamura said that Lee would always include his security detail at family events, treating them just like family. People would regularly offer him perks while traveling, and Lee would always turn them down. When he would travel home to Seattle to visit family, he would leave his security detail in San Francisco. “He never wanted for there to be distance between him and average people,” stated Kitamura.

Despite the hectic schedule and stress of being mayor, Lee maintained strong ties to his family and regularly returned to Seattle, often multiple times annually. He always attended major family events like weddings and family milestone birthdays and regularly texted and spoke with family members. Kitamura proudly noted how close she is to all her siblings. Kitamura’s own two children are very close to their eleven cousins, two of which are Lee’s daughters. “Our family is very close. Growing up with a large family and a widowed mother brought us all together. We have always looked out for each other.”

Lee grew up speaking some Cantonese at home but also learned Mandarin in college which made him uniquely capable of working with all people of Chinese backgrounds. He also took a year off between college and law school to live in Hong Kong and further improve his language skills. It was at this time he met his wife, Anita Lee.

As the first Asian-American mayor with language skills and strong roots in China, Lee was a “very big deal in China,” Kitamura stated. London Breed, Lee’s successor, described Lee as “Beyonce with a mustache” when discussing his popularity in China. Kitamura stated that the Chinese press avidly followed Lee’s moves while in office. Given that China is nearly a day ahead of the western United States, Kitamura and her family would often hear from relatives in China about what Lee had done before it was even available to read in the U.S. press.

An irony to Lee’s legacy is that San Francisco surpassed New York City as the city with the highest housing costs during his tenure as mayor. For an affordable housing advocate, this was clearly a difficult situation over which to preside. The flip side is that under Lee, the tech industry dramatically revitalized San Francisco’s economy after the 2008-09 recession. “He helped make the city’s economy strong which caused rents to rise. He did greatly expand affordable housing though. People have said he sold out, but at the end of the day, what are you going to do? He fought until the end for affordable housing, the homeless and immigrants, and the economy greatly improved,” said Kitamura.

“Ed always worked hard to bring people together. People always walked away from a meeting with Ed thinking they had gained more than they lost. He built compromise and created an atmosphere of cooperation amongst different parties.” Kitamura hopes that Lee’s legacy of compromise and working hard for the less privileged are carried on by his successors. “That would be the greatest memorial to Ed — a strong commitment to keep fighting for what he believed in.”