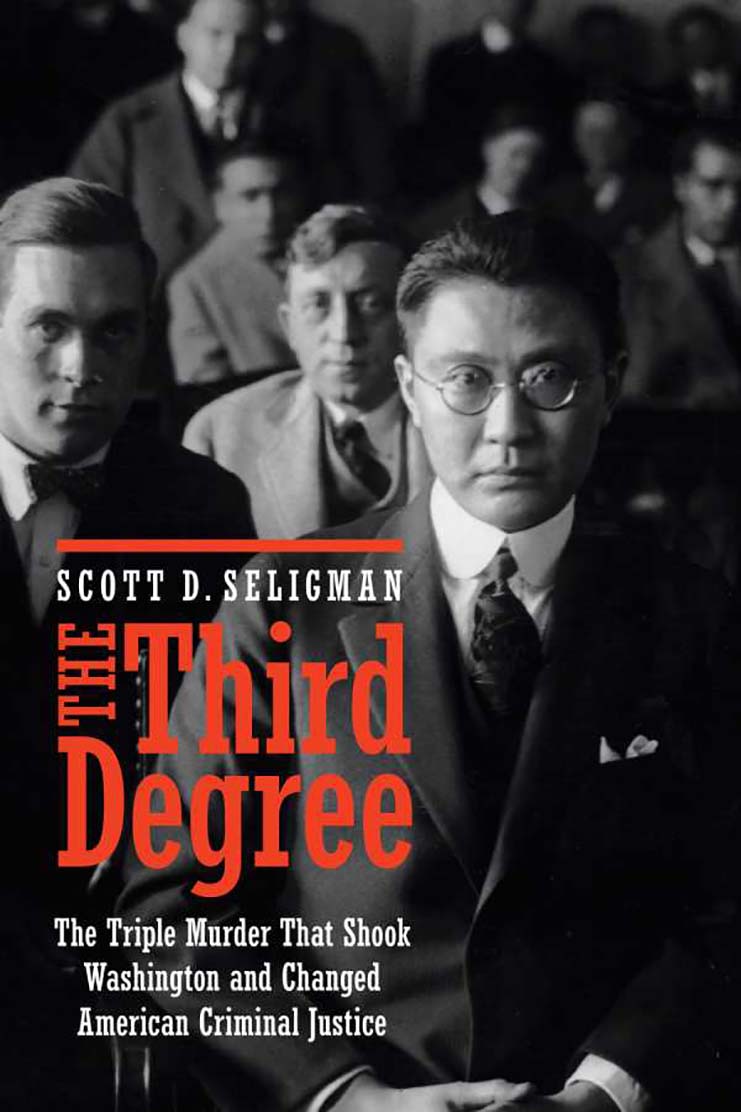 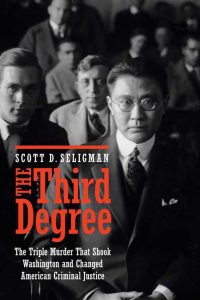 The Third Degree by Scott D. Seligman tells the story of a case that most of us have probably never even heard of but was directly responsible for the development of the Miranda Rights. This is the story of Ziang v. United States (1924), in which a young Chinese immigrant accused of murder would essentially reframe the American criminal justice system for future generations.

In this fast-paced book, Scott D. Seligman tells the true story of Ziang Sung Wan and his seven-year journey within the American legal system. The Third Degree begins with Dr. Theodore Ting Wong, Ben Sen Wu, and Ziang Sung Wan on the SS Empress of Russia’s maiden voyage to Vancouver in 1913. Soon after their arrival, Wan moved to Ohio to go to college and later reunited with his younger brother (Tsong Ing Van) while the other two traveled to Washington DC. Along with their colleague, Chang Hsi Hsie, Dr. Wong and Wu directed the Chinese Education Mission, established in 1911 to look after Chinese scholarship students studying at universities across the United States.
Four years after their arrival in America, Dr. Wong, Wu and Hsie were murdered in cold-blood. And Wan was the primary suspect.

While Wan and Van were in custody, they endured police abuse and were allegedly coerced into giving confessions that incriminated themselves. For seven years, these confessions and their contended admissibility were debated in the courts. Wan’s case went all the way to the Supreme Court and served as a critical point in furthering the discussion on police abuse and protections for the innocent until proven guilty.

This book aptly titled The Third Degree focuses on the “third degree” of police interrogation. The Wickersham Commission broadly defines this as “the employment of methods which inflict suffering, physical, or mental, upon a person, to obtain from that person information about a crime.” Some police deny that such methodology exists, while some authorities argue of its necessity in the conviction of criminals.

Seligman states in his preface that he is not an attorney and had not heard of Ziang Sun Wan or previously given much thought to criminal justice proceedings. In fact, he accidentally stumbled upon this case when he was searching for a new story about the early Chinese experience in America. Nevertheless, he does an excellent job of taking a Supreme Court decision and humanizing it for the everyday reader to consume.

Anyone who has interest in American history, especially within the context of the early immigrant experience or the American judicial system in its formative years, will find this book highly enjoyable. Seligman poured over resources in the Library of Congress, conducted interviews with Dr. Theodore T. Wong’s family members, and reached out to his many attorney friends. He presents this information and incorporates newspaper media clips to make the legal jargon more easily digestible. He referenced newspapers such as the New York Times, Washington Post, and Evening Star, that reported on the case. Unfortunately, sometimes newspapers can skew the facts to appeal to public interest, but Seligman makes sure the readers are aware of mistakes made in editorial coverage.

This book is highly informative for those wanting to learn about the history of minority experiences within the United States and the criminal justice system. The Third Degree is a call to remind us of the bias against immigrants and minorities especially in regards to treatment by the police, which is especially relevant to contemporary times. I leave this book wishing that others will read this and educate themselves on institutional biases that existed back then and still need to be addressed now and in the future. And it also demonstrates how media can be an incredibly powerful tool in shaping a society’s beliefs and biases.