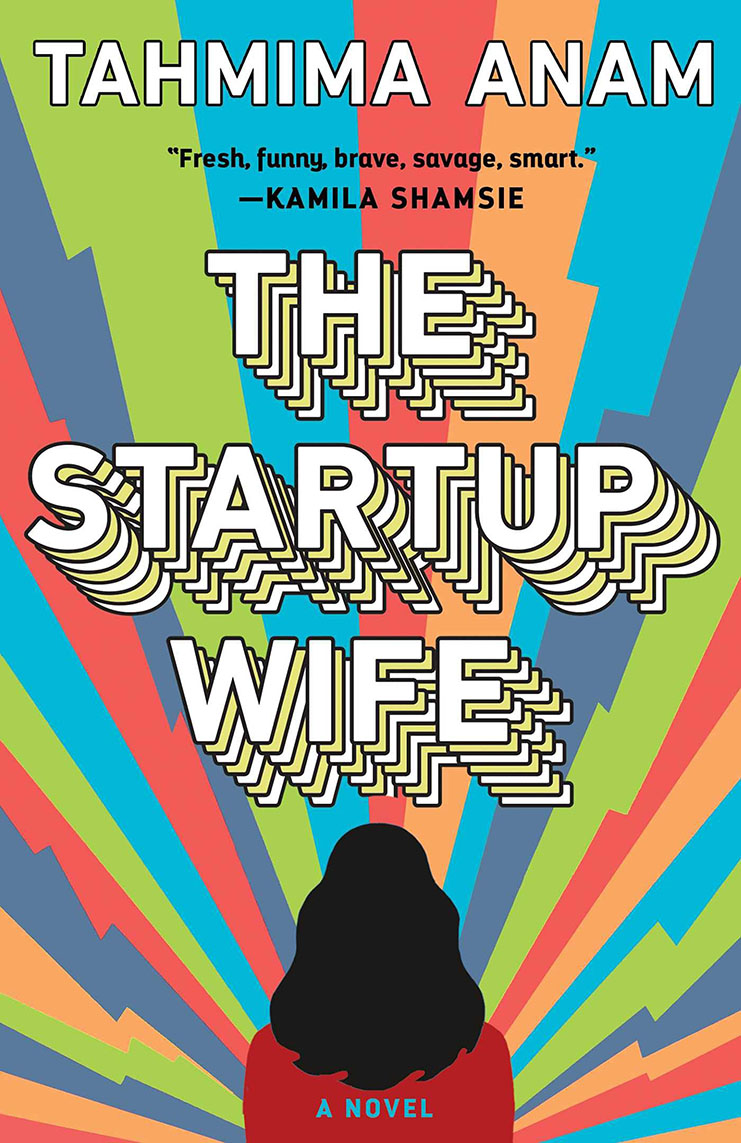 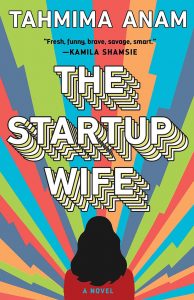 Tahmima Anam is a British-Bangladeshi writer who is well-known for her trilogy about Bangladeshi independence told through the saga of one family. The Startup Wife is quite a different novel and explores the role of women in the fast-paced world of tech startups. A combination of social satire with a feminist lens and a modern day narrative about romantic relationships, this novel is entertaining and very relevant for our times.

Asha Ray, a brilliant coder and graduate student at MIT, quits her doctoral program after marrying her high-school crush, Cyrus Jones, an autodidact immersed in religious studies, philosophy and history. Along with Cyrus’s best friend Jules, they create a startup social media venture where people can create rituals for a variety of life events from cat baptisms to weddings and funerals. These rituals are unique to each subscriber and based on Cyrus’s knowledge of arcane information, which is harnessed by an algorithm that works off a questionnaire filled out by each subscriber.

The trio build this company at a tech incubator where the focus is life after an impending apocalypse caused by climate change, pandemic or some such global catastrophe. Other ventures in the incubator include engineered vegan foods, an app for codifying sexual consent, and other esoteric needs in a post-apocalyptic world. The Cyrus-Asha-Jules app called WAIS is to fill in the need for religion and community when the world as we know it ends and survivors have to rebuild.

The novel captures the intense workload and single-minded focus of startups where 20-something entrepreneurs risk everything they have, drink and eat odd concoctions, and have no boundaries between home and work. The startup life is complicated for Asha because of her marriage to Cyrus and as the narrative progresses, the couple cannot balance their personal and business relationship. While Asha is the tech genius who invented the platform, it’s Cyrus’s new-age-guru persona that takes over the company. Their marriage falters, and we grieve for the couple that had it all but was unable to keep it all.

Anam captures the startup culture and its peculiar intensity quite well—this is a culture familiar to many of us on the West coast. The novel also exposes how male-centered the tech world is and how women entrepreneurs are few and are often trampled by ambitious men. It also speaks to the solidarity that develops amongst women as they try to create spaces to support one another.

The sparkling wit, the engaging characters, the satirical bent keep us readers engaged. However, the novel also subtly poses important questions for our times such as, what role does social media play in our lives; why are we drawn to virtual communities to fill gaps in our spiritual and social lives; and what are the ethical responsibilities of social media companies?

The narrative ends just as the world is awakening to the knowledge of a virus that is devastating Wuhan, and New Yorkers are beginning to worry about their safety. We all know how that virus story evolves and recognize that for many of us, social media is the lifeline in a socially distanced, quarantined world.

Anam’s novel offers us a welcome balance between serious questions and an enjoyable, witty read.

Tahmima Anam will be at Elliott Bay Books virtually on July 24 at 1 PM.