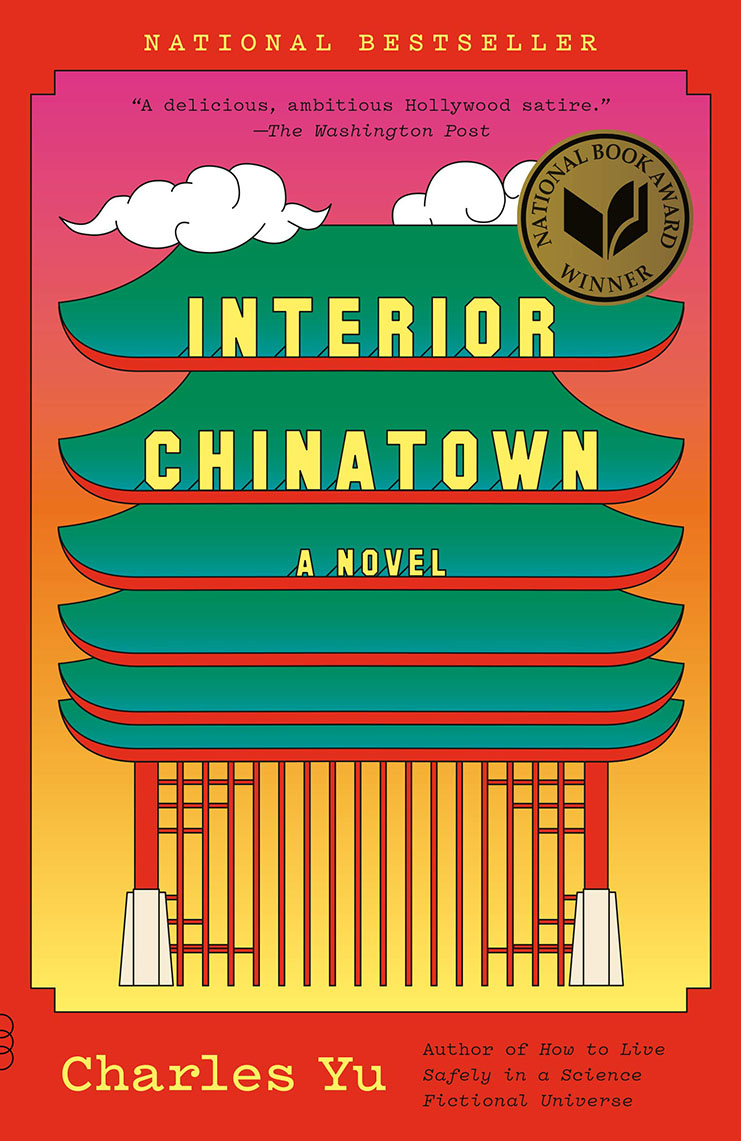 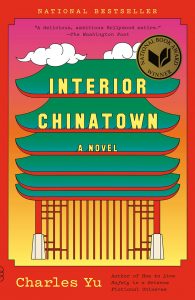 I came late to Charles Yu’s Interior Chinatown, after this novel won the 2020 National Book Award for Fiction. It was a very good read, bringing on snorts of laughter and sniffles almost at the same time. But a reviewer needs to say more than “I liked it,” and I’ve thought for a long time about how the novelist has accomplished this masterful level of writing. The truth is Interior Chinatown is complex and if someone were to press me on why I think so, I’d still be struggling to say why.

A quick Wikipedia background check on Charles Wu reveals that he earned a B.A. in molecular biology from the University of California, Berkeley. He obtained his Juris Doctor from Columbia Law School and was a corporate lawyer for 13 years. Then there was the transition to TV writing where he was story editor for 10 episodes of the 2016 HBO Series, Westworld.

My reaction to what I’d learned was, “Wow.” On paper, Wu’s bio notes come across as highlights of a very smart, very accomplished person. But in a Google Talk with Holly Zhou, Wu declared he felt he hadn’t been “super good at any one of [those pursuits]. The opportunity to keep exploring—I’m pretty serious about that.” Wu also disclosed that it was important for him to “nourish” himself by uncoupling financial success from his writing. This left him free to explore.

The freedom to fail is always important in the development of a new voice. A writer must discover what is “right” for oneself. Charles Wu made a very wise choice. It is this risk he takes in order to learn from his mistakes and step away from expected conventions, to develop his own thoughtful “weird voice.”

Much has already been made of Wu’s decision to use a screenplay format, to tell the story of Willie Wu, a bit player in the procedural cop show, Black and White, who dreams of being Kung Fu Guy—the highest role “someone who looks like him can attain.” In a masterful decision, Wu moves his characters through several stereotypes, sometimes blending them into one moment. There’s “your [Willie Wu’s] father” who at various times “has been Twin Dragon, Wizened Chinaman, Guy in a Soiled T-shirt, Inscrutable Grocery Owner (in a Soiled T-shirt), Egg Roll Cook, Young Asian Man, Sifu, the Mysterious Kung Fu Master, and Old Asian Man.” Wu knows the screenplay format so well, he can deconstruct it and apply it in his highly original take on Asian American stereotypes. He does this so very well.

One use of the screenplay format elements begins inside the Golden Palace (INT. GOLDEN PALACE) where Willie Wu has a long monologue, talking to himself and an unknown audience, showing our central protagonist pondering the changes he sees in his father.

These moments fully humanize the father-son relationship, helping the reader see beyond the stereotypical roles the father has inhabited. The following passage illustrates this: “It was easy to lie to yourself about it. Although naively you believed he had by some miracle of genetics and sheer follicular willpower managed to reach his seventh decade without a single hair turning gray; in hindsight you remember once seeing an empty box of natural seaweed coloring in his wastebasket.”

Such revelations (and there are many) about his mother, his wife and daughter, and his own changing roles as an actor were some of my favorite parts. This interiority is the central feature of the novel.

Another passage that extends the metaphor of limited roles Willie Wu can assume goes even deeper: “But the old parts are always underneath. Layers upon layers, accumulating. Which was the problem. No one in Chinatown able to separate the past from the present, always seeing in him (and in each other, in yourselves), all of his former incarnations, the characters he’d played in your minds long after the parts had ended.”

Interior Chinatown weaves layers of irony, satire and hyperbole together. The pacing and repetition strengthen these elements. One passage describes a reaction to Willie Wu’s father/mentor: “All you want is for him to make that face, the one that looks like internal distress possibly of a gastrointestinal nature but actually indicates something closer to Deeply Repressed Secret Pride Honorable Father Has for His Young but Promising Son; means Deliciously Bittersweet Pain That Comes from Knowing Honorable Teacher Is No Longer Needed.” The exaggeration and use of capitals on first reading made me smile, but rereading the sentence made me aware of its incredible sadness.

Interior Chinatown is also full of unexpected turns and surprises. A small example of this takes place in the Chinatown SRO apartments. A series of scenes are described where first “Old Fong fell asleep in the shower again. You know because the water stains on the ceiling are starting to darken and get puffy. In about ten minutes, it’ll be raining inside your bedroom.”

The next shot, a little later, describes: “It’s raining inside your bedroom. You hope Old Fong is enjoying his nap.” And finally in the hallway, later: “Shit. You were wrong. Old Fong didn’t fall asleep in the shower. He died there.”

Charles Yu’s Interior Chinatown is thoroughly original and thoughtfully worked out. My sense is that Yu asked himself many questions, played with those he was most passionate about, and trusted himself to find this context and format. His is a confident new and direct voice. I look forward to reading more of his writing.