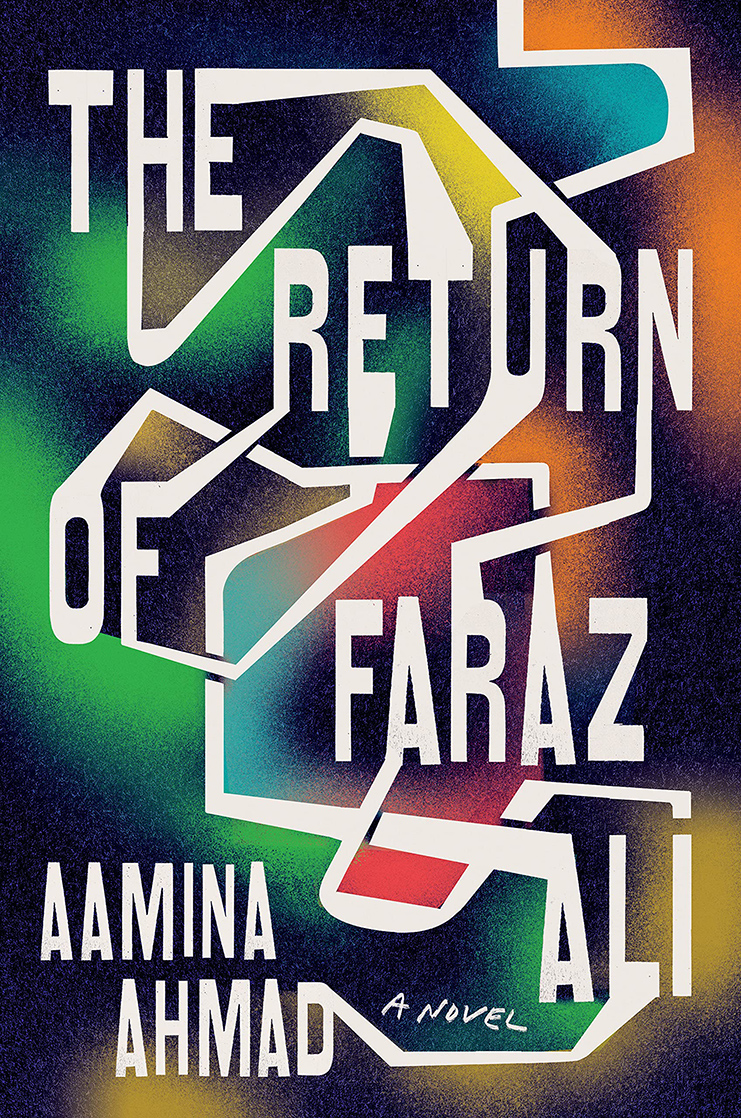 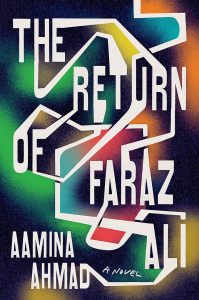 Ahmad’s debut novel, The Return of Faraz Ali, intricately maps the history of modern Pakistan from the 1930s to the 1970s through the story of a police officer, Faraz Ali, born in Lahore’s brothels who is forced to return to the red light district to cover up the murder of a child prostitute.

Faraz Ali is the son of Firdous, a talented tawaif (courtesan), and Wajid Sultan, the scion of an important family who rises to be a powerful politician. Never acknowledged by his father publicly as a son, Faraz is nevertheless removed forcibly from his mother’s care and raised by his father’s relatives far away from Lahore’s red light district (Mohalla). Faraz’s entire life is shaped by his longing to reconnect with his mother and sister and his fraught relationship with his father.

When Wajid Sultan abruptly arranges for Faraz to be transferred overnight to a police station in the Mohalla so a young prostitute’s murder can be covered up, Faraz finds himself unable to write off the murder as an accident and to bury the crime to protect powerful politicians. His investigations take him deep into the Mohalla’s culture and his own early history and he tries to find his sister and mother.

Because Faraz’s investigations risk exposing the corrupt politicians, he is transferred again after his assistant is murdered. He is posted to Dacca in 1970 and witnesses the brutality of the Pakistani repression of Bangladeshi nationalism and the corruption of Pakistan’s military.

Intertwined with Faraz’s narrative is also the story of Wajid and his life as a soldier and POW in World War II, the birth of Pakistan in 1947, the rise of Zulfikar Ali Bhutto in the 1960s, and the civil war in Pakistan in 1971, which led to the independence of Bangladesh.

In tracing the story of father and son, the novel examines the legacy of British colonialism, the troubled nature of independence, and the violence and corruption endemic to postcolonial states. In unpacking Faraz’s story, the narrative also provides a parallel story of Faraz’s mother (Firdous), his sister (Roszina) , and his niece (Mina) and the lives of women who have sustained the famed culture of dance, music and sex trade in Lahore’s red light district.

Ahmad unpacks with compassion and nuance the place of sex work in providing women relative autonomy over their lives while at the same time shackling them to vicious violence and exploitation. Roszina’s story is as compelling as Faraz’s, as her mother grooms her for the business and seeks to secure her own financial future through her daughter. Roszina finds brief fame as a film star named Heera and leaves the Mohalla to become the mistress of a powerful man while her mother raises her baby. Roszina eventually marries an expat dermatologist and moves to the U.K. to live in a comfortable yet loveless marriage to secure her future and to enable her daughter’s break from the sex trade.

Ahmad’s novel takes on plot lines that run the risk of being trite melodramatic movie stories—the talented prostitute in a doomed romantic relationship, the stolen child, the son in search of his mother, the prostitute who rises to be a film star and escapes the sex trade to become a middle-class housewife—and melds them with classic noir elements and a critique of the corruption of postcolonial states.

The result is a novel that the reader cannot put down because of a well-paced plot, sympathetic characters, vivid descriptions of Lahore, and a thoughtful engagement with South Asian history. Although this is a debut novel, the author’s talent shines through.

Aamina Ahmad will present virtually at Elliott Bay Books on April 13 at 6 PM.